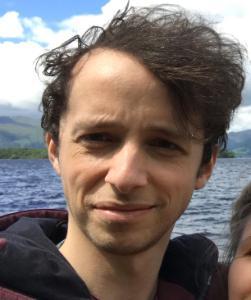 Since then my research interests have branched out in several different directions, including Casimir/Casimir-Polder forces (with applications in trapping and manipulation of cold atoms), different types of resonant energy transfer (ultimately aiming to mimic photosynthesis) and a recent focus on algorithmic design of material structures that optimise the observables associated with any light-matter interaction. The geometries coming out of those algorithms almost never meet one's naive expectations, instead they are ‘messy’ and almost organic-looking. This shows that the best route to design of highly-efficient complex systems is not necessarily through ‘by hand’, intuitive design (e.g mirrors, lenses, focusing elements), but instead by taking inspiration from nature’s evolutionary processes.

I am also beginning several new projects related to chirality, the first of these being a proposal for technological exploitation of the recently developed 'photon BEC'. The 'winner takes all' nature of the condensation process (the winner being the lowest energy mode) means that the photon BEC can be used as a very sensitive detector of the chirality of its host medium.