Study of the properties of "microjets" in ATLAS

As the LHC collision energies increase to 7 TeV per proton, boosted objects, i.e objects with very high transverse momenta, are going to be important probes of new physics beyond the Standard Model. There are already techniques to reconstruct superposed shower of particles ("fat" jets) consisting of the decay products of boosted objects. At the PPE Group of the University of Glasgow, in collaboration with theorists from the Institute for Particle Physics Phenomenology (IPPP), Durham, we are are pursuing a new method called 'shower deconstruction'. This method requires use of very small-radius "microjets". In this project, we will look at the properties of these microjets using ATLAS data and simulations, which may give us important information about quark-interaction (QCD) processes. 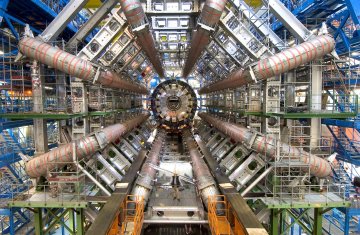 The LHC produces top quark pairs at very high rate, making it an ideal place to study not only top quark's properties but also rare processes in which the top quarks are produced in association with additional jets.

This project aims to reconstruct and study the properties of ttbb events, that is, events with a top quark pair and two additional b-jets. This process is predicted by Quantum Chromodynamics and can also be an important background to searches for new particles, such as the Higgs Boson, at the LHC. This means that the analysis techniques developed here can be relevant to other studies in ATLAS. The student will analyse real ATLAS data using code written in C++ and Python, so a bit of programming experience is desired. 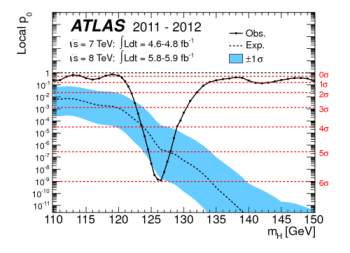 The ATLAS and CMS collaborations have recently reported the discovery of a Higgs-like particle with a mass of approximately 125 GeV. To determine whether this new boson corresponds to the one predicted by the Standard Model, a measurement of its fundamental properties, like mass, spin and couplings to other particles, is not sufficient. In order to completely establish the Higgs
mechanism as responsible for the electroweak symmetry breaking and for generating the mass of all fundamental particles, the measurement of Higgs self interactions is crucial.

A direct measurement of the Higgs self-couplings can only be done via the study of Higgs boson pair production. These are very rare processes and high energies and large amounts of data will be needed to perform these measurements. For this reason, this physics analysis plays a major role in the case for a High-Luminosity LHC, the phase-II of the current accelerator.

This project aims to test whether the observation of Higgs pair production in the HL-LHC is feasible by exploring different decay channels and, if possible, different event topologies. The student will use Monte Carlo simulations of both signal and background processes and write C++ code to analyse them, so a bit of programming experience is desired. 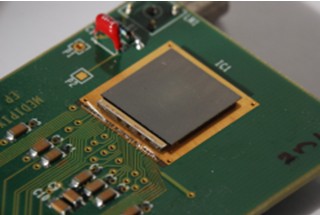 Medipix is a state-of-the-art multi pixel detector of radiation. Its application can be found in many areas of science from monitoring of radiation background at the Large Hadron Collider (LHC) to Computed Tomography (CT) of small animals for novel drug development. The system comprises a silicon detector attached to a readout chip, designed at CERN and fabricated at IBM facilities. The assembly is connected to a PC via a dedicated readout USB interface and controlled by the Pixelman software.

You will take part in building setups for characterisation of CdTe and Si Medipix assemblies for imaging and spectroscopic applications using modern equipment and radioactive sources. Data will be collected using the PixelMan program for the Medipix family of detectors. The analysis will be accomplished in ROOT environment.

On project completion you will have gained a better understating of radiation detection techniques and the use of complex equipment, and you will have enhanced your programming and data analysis skills. You are expected to have some understanding of semiconductor detectors.

Preference will be given to candidates with knowledge of C++ and Visual Studio. 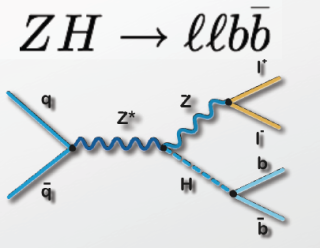 There are many ways one can contribute to this search. The University of Glasgow is leading the ATLAS effort of measuring the mass of the Higgs boson candidate using an artificial neural network. This allows a better separation between signal and background events, since they would each produce different values for the invariant mass of the two quarks, which corresponds to the mass of the Higgs boson candidate. In Higgs boson simulated events, there are two jets created by a bottom quark from the Higgs boson decay. For each jet, we know the Lorentz vector properties (tranverse momentum, eta, phi, energy) that were generated by the simulation (truth), and those that were reconstructed in the detector. The two are close to each other, but not identical. We use an artificial-neural network to learn how to correct the reconstructed values back to the generated values. In that way, the two jets are corrected and therefore the invariant mass of their mother particle, the Higgs boson candidate, is also corrected. The resolution of the Higgs boson mass, i.e. the ratio between its width and its mean, become smaller.

Preferred: ROOT experience
(I can also give you a ROOT tutorial given to graduate students at Glasgow, before or after the Summer School starts)

Number of students: One or more students are welcome. 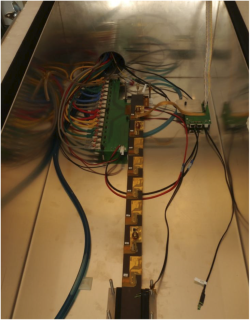 The ATLAS experiment is one of 4 particle physics experiments based on the Large Hadron Collider (LHC). The LHC is the highest energy particle collider ever built and is being deployed to understand the fundamental forces and particles of nature. The ATLAS experiment is a general-purpose particle physics experiment that has vertex detection and tracking layers at its centre and calorimetry and muon detectors at higher radius. The reconstructed tracks from particles produced at the proton-proton interaction measure the produced particles’ momenta and coupled with calorimetric results give particle identification. This allows the reconstruction of the physics event to be produced.

The LHC and ATLAS experiments will undergo an upgrade in 2020 to increase the number of collisions by an order of magnitude, which will extend the physics reach of the LHC programme, known as the high-luminosity LHC (HL-LHC). This will increase the occupancy of the pixel detector and the radiation dose that is it exposed to by an order of magnitude. The pixel system will therefore be replaced to allow it to function in the upgraded experiment. Research is taking place into more radiation hard silicon detector systems with higher granularity and lower material budget to cope with the increased occupancy.

Building on the single module tests performed over the last year, this summer project will aim to build a test system that will allow the characterisation of many modules running together.  The development of new powering schemes for the detector and the electronics (serial powering and DC-DC powering) will be investigated. Data transmission using very high-speed multiplexed data will also be investigated.

Supervisor: Richard Bates
This Summer Project will also be supported by two RAs and one 2nd year PhD student in the PPE Group.