'Military Use of Foreign Exclusive Economic Zone and Continental Shelf' 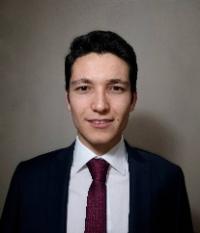 Ferhat Ercümen is a PhD Candidate in International Law at the University of Glasgow. After his LLB at Galatasaray University, he accomplished his Masters in International law at the Graduate Institute Geneva with a thesis on the exploration and exploitation of the undelimited exclusive economic zone and continental shelf areas. Now, he is pursuing his PhD on military use of the foreign exclusive economic zone and continental shelf.

Following his Masters thesis on the exploration and exploitation of undelimited maritime areas, he decided to conduct a PhD research on the international legal regime regulating the military use of the foreign exclusive economic zone and continental shelf. His main area of interests are as follows: Public International Law, Law of the Sea, Maritime Delimitation, Maritime Security, International Humanitarian Law, International Human Rights Law, Refuge Law, Energy Law.