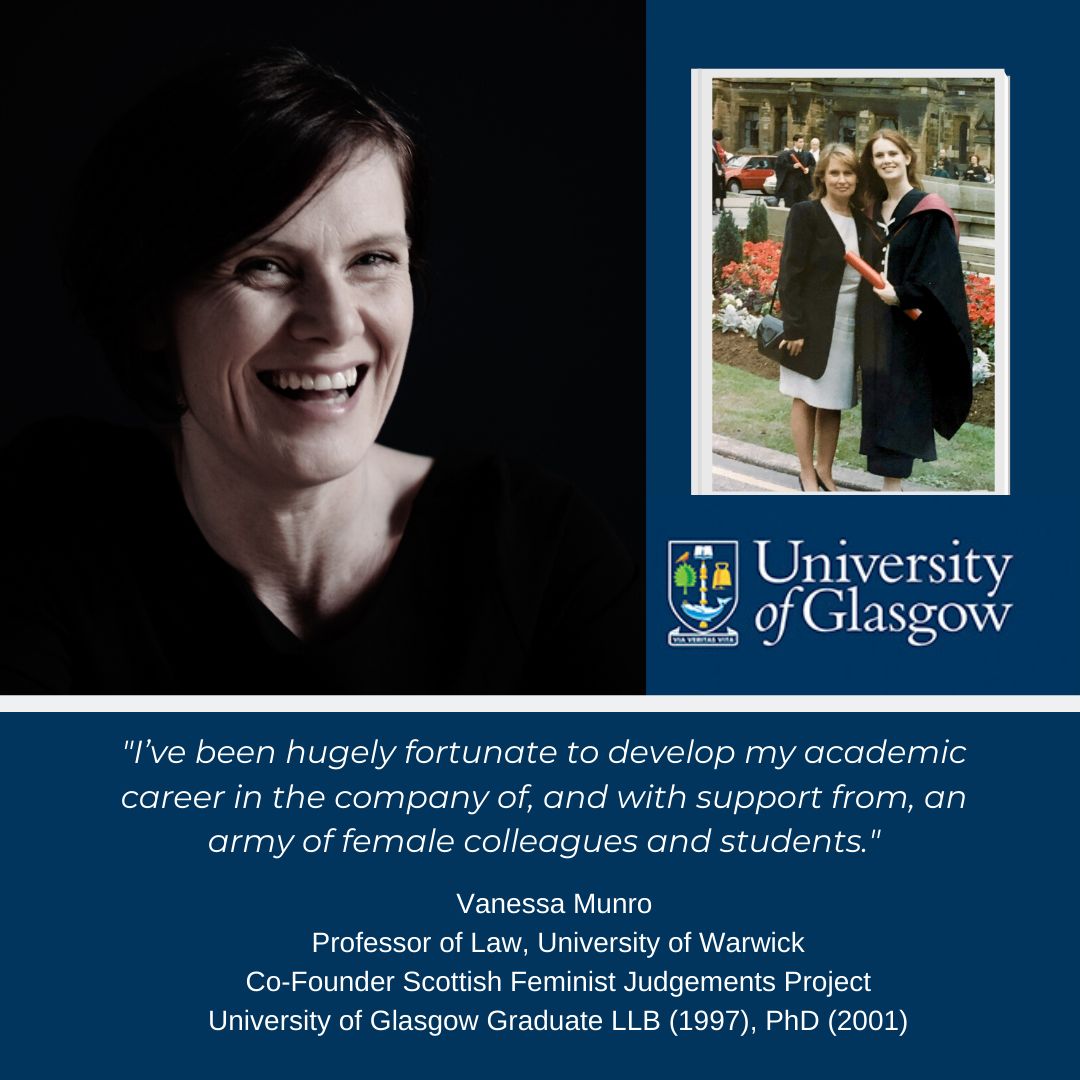 I was only 16 when I started my LLB at the University of Glasgow. During the admissions process, I was asked to go to the Law School for a special ‘visit day’, where I suspect the team were trying to work out if I could cope with campus life. They needn’t have worried. While I didn’t automatically ‘take to’ studying law (particularly in the first years of the degree when – at that time – students had to take a very large number of compulsory modules), I found more than enough community and - it has to be admitted – distraction at the Queen Margaret Union, where I was elected to its Board of Management.

It was not until my third year, when I was able to specialise in Legal Theory, that I really started to find my stride academically. For the next two years, I indulged my interest in how the law is conceptualised in theory, in how it operates in practice, and in the inevitable and important distance in-between. I was also introduced at this time to Catharine MacKinnon’s powerful critique of legal responses to violence against women: it is an approach that, over time, I’ve come to see shortcomings as well as value in, but there is no question that, when I discovered it aged 18, it was a very vibrant awakening.

After finishing my LLB in 1997, I got funding from the Scottish Office that allowed me to move directly into a PhD, which I also completed at Glasgow University under the ever generous and supportive supervision of Professor Jane Mair. I was 20 when I started my PhD. More than 20 years later, I am not sure whether it is impressive or depressing that I am still researching and writing on essentially the same core theme: a feminist exploration of women’s agency and credibility under the law, and in particular of the boundaries of law’s intrusion (or not) upon the female sexual and reproductive body.

A lot has changed in the environment of higher education since I took up my first lectureship in 2000, and it is fair to say that I do not think all of that change has been for the better. Nonetheless, I have never regretted the decision to become a legal academic: it’s a privilege to be able to identify areas of injustice that you feel strongly about, conduct research designed to draw attention to that injustice, and then engage with stakeholders in order to try to bring about improvement; and to witness those ‘eureka moments’ when students see the law in a new and more critically engaged way is an honour.

I’ve been hugely fortunate to develop my academic career in the company of, and with support from, an army of female colleagues and students, many of whom remain connected to the University of Glasgow. I may have left Scotland over 20 years ago, but it is – and always will be – my intellectual home. One of my proudest achievements was being named ‘Young Alumnus of the Year’ by Glasgow University in 2008. In recent years, I’ve been delighted to be able to ‘reconnect’ more with home, for example, through providing evidence to the Scottish Government on judicial directions in rape cases and special measures for vulnerable complainants; and working with Fiona Leverick, James Chalmers and colleagues from Ipsos Mori Scotland on jurors’ use of the not proven verdict. I’ve also been involved – with Sharon Cowan and Chloë Kennedy (Edinburgh Law School) – in convening the Scottish Feminist Judgments Project: this is a project that I am immensely proud of, amongst other reasons because it has allowed us to work closely with students across Scotland on feminist critical methods.

Ahead of sitting down to write this, I recruited the help of ‘Facebook friends’, and asked them to suggest one word that described me in the period they knew me best. Their responses were no doubt kinder than I deserved, and more polite than I anticipated. The first 3 responses were ‘sincere’, ‘robust’ and ‘smart’. Reflecting on those, I wonder if they are not three of the most important characteristics for any legal academic, or indeed any women in law: sincerity in your commitment to the work you do and the difference it can make, robustness in the face of law’s resistance to reform as well as the (gendered) conditions of academia/practice, and a smartness that – more than knowledge or critical acumen – involves emotional intelligence and empathy. To the extent I have these traits, I am of course very grateful; and aware of how much my time at Glasgow University has helped to instil them.