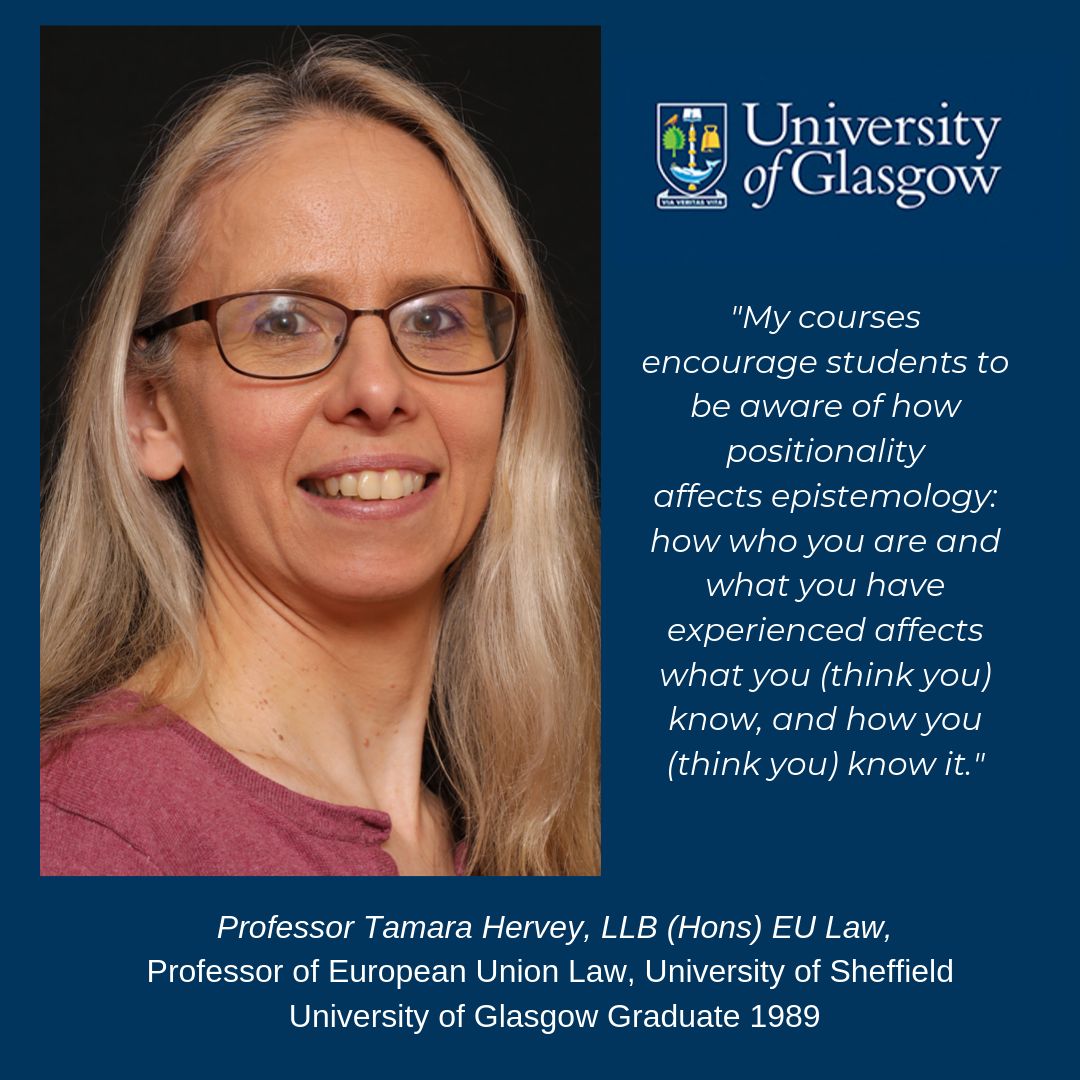 I’m Scottish by education, not by birth. I sometimes joke that my secondary school unquestioningly expected its brightest and best to go to Medical School or Law School: I couldn’t ‘get’ sciences, so logically I had to choose law. But, along with a few maverick friends, I daringly chose Glasgow over Edinburgh. That difference made a difference.

As a student, I eventually learned the friendly patter of Glasgow streets. ‘People talk to you while you wait to cross the road,’ remarked my father, when visiting for the first time. In a big city, differences like what you wore, where your parents came from, where you went to church, and what you ate, mattered much less than in the small Fife town of my early years. Since the 1980s, Scotland has made great strides in becoming a nation which embraces difference, and where incomers are welcome. I enjoyed the liberation from having to have the right white socks for school, and explored curry from Goodies on the Great Western Road, faith alternatives including the Iona Community, and global and national justice with equal energy. We campaigned against the iniquitous introduction of Thatcher’s poll tax, forming ‘committees of 100’ promising civil disobedience with safety in numbers, and the relative protection of Scots law. Scotland was treated differently in domestic politics, and it still is. The injustice of the UK’s territorial constitutional settlement rankles: the EU referendum vote is a particularly invidious example.

In the company of a few close friends, especially Douglas Fairley QC, and inspired by staff like Martin Loughlin, Esin Őrűcű and, above all, Noreen Burrows, who was my Director of Studies, I worked hard. In those days, the only access to case law was in bound volumes: we’d go straight from lecture to library in order to get hold of and read the cases that had been discussed that day.  My degree results were good enough to secure a scholarship for PhD funding. I studied sex equality law in four different jurisdictions, the EU, UK, Germany and the USA, and encountered feminist legal scholarship for the first time.

I secured my first lectureship, and eventually a Chair. I now live and work in Sheffield, my adopted home and the birthplace of my daughters. I try to visit Scotland several times a year. My mother has retired to Baltasound, in Shetland, about as far north as you can get in the country, but I can be there within the day, flying from Manchester and taking the inter-island ferries. The bare, treeless landscape and the sounds of sea birds are soothing to my soul.

One of the things I teach and research is law, equality and diversity.  I hope that I can help my students to learn about how law can be used to tackle inequalities, and also about the limits of law in making a difference.  I try to be mindful of how Universities perpetuate inequalities, and of my own position of privilege as a white, middle-aged, (currently) (mentally) healthy, cisgendered, middle-class professor.  My courses encourage students to be aware of how positionality affects epistemology: how who you are and what you have experienced affects what you (think you) know, and how you (think you) know it.

I also believe that, despite all of that, universities can be a place of change for the better.  When we look at other places, and what they have achieved; when we take into account the history, take the long view, we can take hope from how far we have come, and think forward to where we want to go.  Young adults are resilient, cheerful, focused, committed, energetic and optimistic. They make great collaborators.