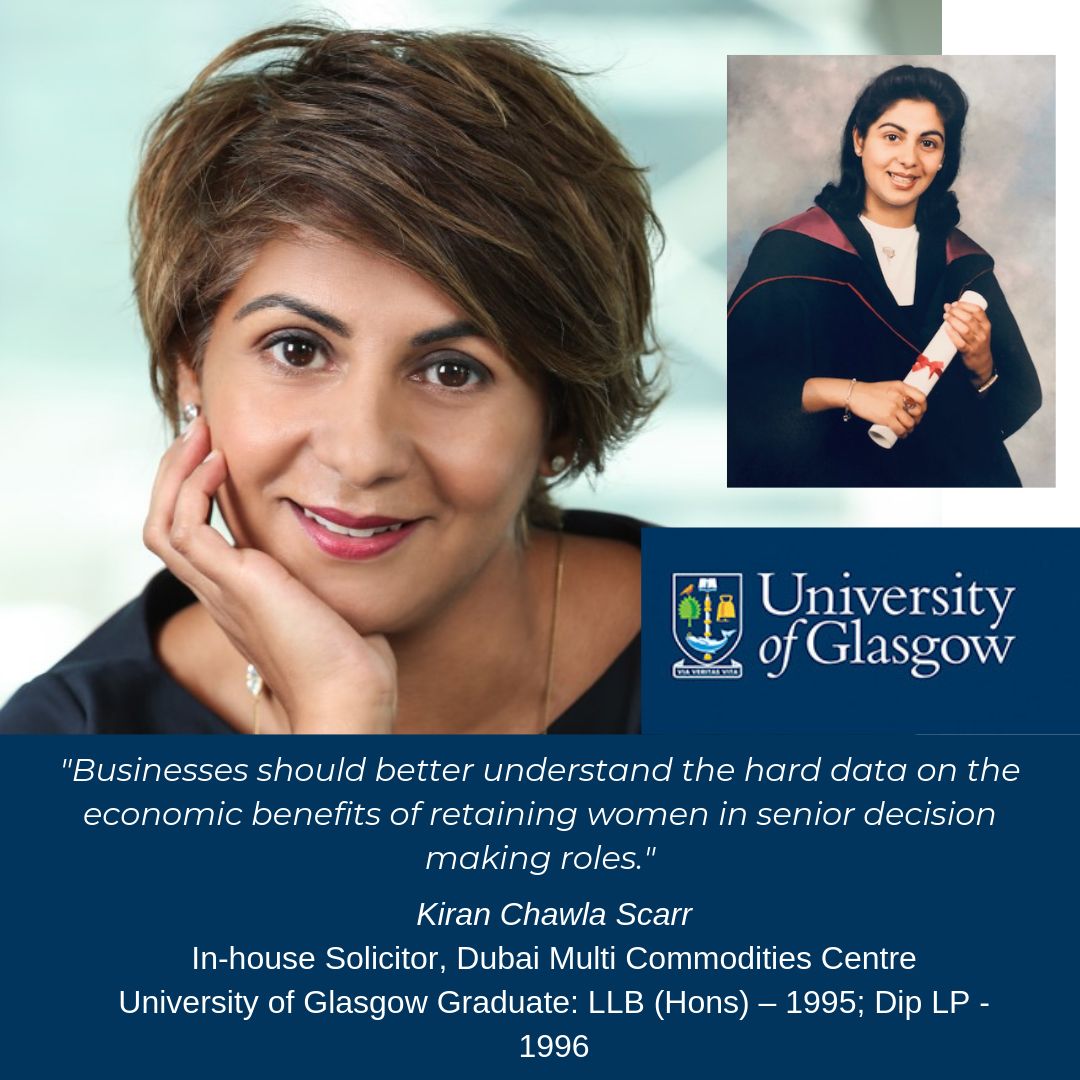 On leaving University of Glasgow in 1996, I joined the Edinburgh office of Maclay Murray & Spens (now Dentons LLP) as a trainee solicitor. During a 2 year traineeship, I completed seats in litigation, corporate and construction and managed to meet (over a management buy-out) and marry my husband. On being admitted as a solicitor in 1998, I joined the newly formed construction team at Maclays where I discovered a love for construction projects!

At 2 years PQE, my husband and I had ‘itchy feet’. We were curious to see what it would be like to live on the other side of the world. It was winter 2000. We replied to an advertisement in the Law Society Journal and 8 weeks later we boarded a place to Sydney, Australia. I joined the Banking & Projects practice at Freehills (now Herbert Smith Freehills LLP). Whilst there I requalified in England and Wales (2002) and in New South Wales, Australia (2003).

For a majority of my career, I have been an international projects lawyer, specialising in public-private partnership (PPP) projects and large-scale cross-border infrastructure financing transactions. Whilst in Australia, I was lucky to be involved in some of the first social infrastructure PPP projects in Asia-Pac. After 3 amazing years based in Sydney, we decided to re-locate to Asia where all the action was happening.

I joined Allen & Overy LLP in Singapore in 2004, re-locating to their Dubai office in 2007. Over the period of 10 years (during which I also managed to produce two beautiful children!) I had the most amazing experience working on some of the largest infrastructure deals happening world-wide. I acted as lead projects lawyer on ‘first-in-market’ billion dollar leveraged financing, securitisation, project bond and conventional cross-border financing transactions in Vietnam, Laos, Indonesia, Malaysia and Thailand. I also worked with IFC, the investment arm of the World Bank, on path-finding ‘first’ PPP infrastructure projects in true emerging markets such as Iraq, Yemen and Syria.

By 2014, I had deal fatigue. I craved autonomy and wanted to build a team of my own. In May of that year, I was introduced to the newly appointed CEO of Dubai Multi Commodities Centre. I joined 6 weeks later as General Counsel and have not looked back since. DMCC is the global leading free zone for regulating, promoting and trading commodities . As head of Legal & Compliance, I oversee all legal, regulatory and compliance requirements arising from DMCC’s role as a free zone licensing authority and regulator of various businesses in the gold, diamond, tea, coffee and other commodity sectors. My role has moved increasingly from trusted adviser and ethical compass for the organization to collaborative business strategist. Amidst the ever-changing landscape of economic, regulatory, and geo-political change in the Middle East region, I have influenced change at DMCC to assist in its vision to sustain and grow Dubai’s position as the market leading global trading hub. On any given day, I am one-third strategist, one-third creative thinker and one third adventurer into the unknown. After almost 5 years in my role, I was delighted to receive the honour of General Counsel of the Year at The Oath Middle East Awards 2018.

I recall considering, before I joined The Law School in 1991, whether I was limiting my horizons too early with a Scots Law degree. Would I forever be condemned to observing the world through the rain-spattered sash and case windows of a Georgian townhouse in Park Circus? But what I soon discovered was that I had bought a ticket and boarded a train that would take me on a journey of constant discovery. Through the undergraduate teachings of jurisprudence, laws of contract & delict and international private law I started to fathom that a law degree at Glasgow is not about “what” you learn, but “where” it can take you. And it led me to an honours degree in medical law and ethics through which I discovered a curiosity for stretching the boundaries of conventional thinking fuelled by the beginnings of what would, by the turn of the century, become a full-blown technological revolution amidst an increasingly globalised world. I graduated in the year that a dedicated computer lab arrived in The Law School, connecting students to what was then referred to as the “information superhighway” (the internet). Something that until that point I had only heard about in a “Communications Law & Policy” tutorial.

When I left The Law School in 1996, I took with me three key lessons. First, the importance of relationships; how the richness of personal and professional contact would be the engine oil of a long and steady career. Secondly, the importance of knowing where you are from. At that time, The Law School may not have been the most multi-cultural of environments. However, it instilled a sense of collegiate culture that taught me to be proud of where I am from and know that the years I had spent there were the roots that would hold me strong for the rest of my life. And finally, and most importantly, it taught me that anyone can make a difference. All you need to do is to believe in yourself; that you can be the change you want to see in the world.

Many. Although for much of my career I wasn’t even aware (thinking maybe I just wasn’t good enough?).  I have always existed but often I was invisible.  I was never afraid to speak up but often I was not heard. I would always be honest about my career ambitions but all too often I was not taken seriously.  I learnt quite late in my career (principally through greater maturity and introspection) that I, as much as everyone else, would have to take responsibility for this experience. I learnt about subconscious bias (we all have this), the importance of “leaning in” (thank you Sheryl Sandberg) and seeking out mentors and sponsors. But most of all, I realised that it wasn’t that I wasn’t good enough. It was that in too many businesses the decision makers lack the leadership skills to truly unleash the power of their workforce.  And what that workforce needs is empowerment, flexibility and the right  platform to develop.

According to a recent report by Catalyst, the gender wage gap for lawyers at associate level in the UK is narrowing.  In 2016, women lawyers at the associate level earned 6.3% less than men based on median annual salaries, compared with 16.9% in 2000.  And, at every career level, three times as many men (34%) as women (12%) are in the highest salary bracket.  What this tells me is that, certainly, progress is being made in the right direction.  However, the view from the inside still paints a challenging picture. A majority of the UK based top 10 law firms are struggling to claim female partnership numbers above 15%.  Whilst the trajectory has been upward leaning over recent years, in my view, sustainability is at risk unless major changes are made by law firms in the fundamentals of their business model.  Women (and increasingly so, men) simply cannot achieve their full potential on the traditional hourly rate billing, cost centre squeezing, lock step partnership model.  With the onset of technology disrupters entering the legal services market - with their distributed ledger, text analytics and OCR technologies – law firms are being hit by a meteor akin to that of some 65 million years ago (and all we know how well that went for the dinosaurs, don’t we?). And what will come out of this will be an environment in which both men and women can choose to have varied, more flexible careers.  All that is needed, is for the decision makers in businesses today to have the courage to hire technologists, entrepreneurs and WOMEN onto their boards to ensure that a diverse and omni-skilled group of individuals make decisions about the sustainable future of their businesses.

A leadership team cannot achieve high performance in the workplace without high fulfilment levels in their team members. Those who perform without fulfilment will quit and leave, or worse still, they will quit and stay. Creating an environment of fulfilment is a behaviour that can be learnt by any leader or manager. It puts front and centre the importance of encouraging your people to develop and grow. It involves giving recognition in a way that benefits the individual (like flexible working, varied projects, challenging work). It involves ensuring team members have the right resources (people, reference tools, equipment) and meaningful goals (not just deliverables). It’s about ensuring that a person works not because s/he has to but because s/he wants to.

And, I would add that businesses should better understand the hard data on the economic benefits of retaining women in senior decision making roles (check out, for instance, PwC’s Women in Work Index).

Complete the sentence, “I am proud to be a woman in law because…”

I am smart, I am brave and I can do anything I set my mind to.