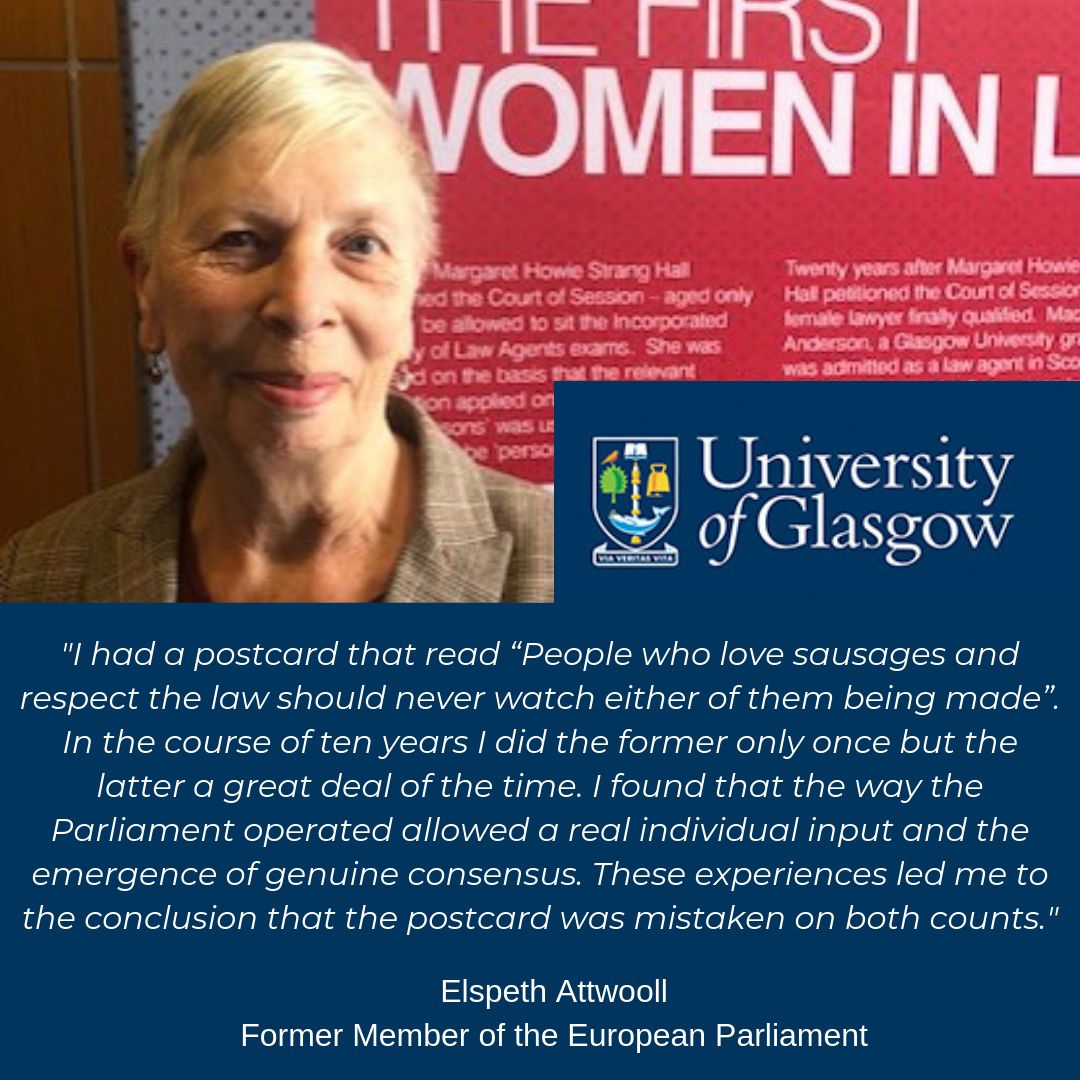 I do not qualify as a Glasgow graduate, having studied law and then politics and philosophy at what was then Queens College Dundee of St Andrews University. But I did become part of the University in 1966, teaching initially Jurisprudence (and later also Comparative Law) here for 32 years.

Two of my greatest pleasures over that time were seeing the percentage of women studying law rise from around 20% to over 50% and the appointment, in 1990, of our two first female professors of law, Sheila Maclean and Noreen Burrows.

I also take some vicarious pride in the subsequent careers of a considerable number of former students, of both genders, and the assurances of those who have told me that, little though they anticipated this at the time, the courses that I had taught had proved of actual practical use.

Whilst at the University I kept up an active involvement in politics, with none of the hoped for electoral success. Then, in 1999, I was fortunate enough to become one of the Scottish Members of the European Parliament.

I remember that, in my student days, I had a postcard that read “People who love sausages and respect the law should never watch either of them being made”. In the course of ten years I did the former only once but the latter a great deal of the time. More than that, I was actively engaged in the making and found that the way the Parliament operated allowed a real individual input and the emergence of genuine consensus. These experiences led me to the conclusion that the postcard was mistaken on both counts.

On the other hand, and particularly when it came to the operation of the laws we made, other experiences more than confirmed in practice what some students may remember as my theoretical belief. This is that Eugen Ehrlich was correct when he claimed that, alongside the “norms for decision” addressed to the courts, there was also a body of norms that people actually followed and that these created “the living law”.