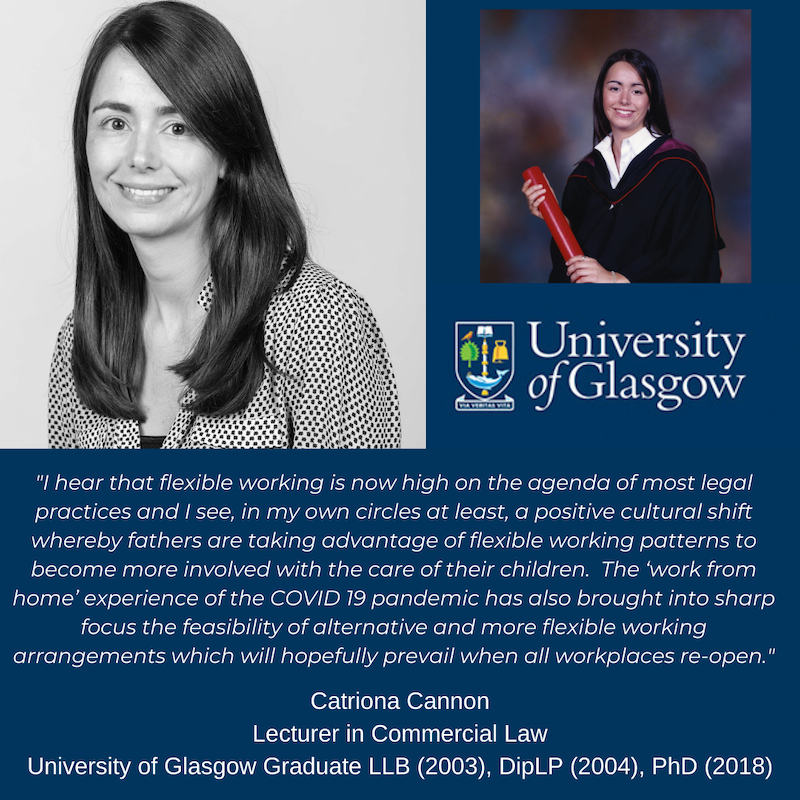 I remember sitting in the library in my Glasgow high school in 1998 with my closest friend and a piece of paper, entitled ‘Glasgow vs Edinburgh – pros and cons’.  Tasked with deciding whether to accept an offer to study law at the University of Glasgow or the University of Edinburgh, we set about to populate the ‘pro’ and ‘cons’ columns.  My friend may have had an ulterior motive in assisting with this task as she had already decided to study psychology at Glasgow and was keen that we attend freshers’ week together!  In the end, I chose the University of Glasgow and thought at the time this would please my parents, as they were both Glasgow graduates themselves.  As it transpired, however, my parents were hoping I would decide to study away from home, as they wished for me the same student experience they had enjoyed.  It was perhaps for this reason that in my second year my parents assisted me to move into a flat in the West End of Glasgow where I stayed for the remainder of my degree.

I have fond memories of studying on the LLB Hons (Scots Law) programme in the years 1999-2003.  Though both sexes were well represented among the student cohort during this time, the female students tipped the balance in our favour.  I was fortunate to form good friendships with six other female students and though our paths have diverged since leaving University, we remain close to this day.  Whilst many lecturers were memorable (who could forget the late Professor Joe Thomson’s enigmatic teaching of the principles of delictual liability?), it was my experience of two female lecturers which I remember most clearly.  I recall, as a young female student, being inspired by Ms Maria Fletcher (the pioneer of the present ‘100 years’ project) whose intellect and whose enthusiasm for EU Law was palpable in her teaching.  There was, as it happens, another reason I recall Maria being so popular: she was the only lecturer at the time who gave students a 5-minute break in the middle of her lectures!  The second lecturer who stands out in my memory was Professor Jane Mair (the School’s present Head of Law) whose teaching in labour law in 2001 inspired me and influenced the direction of my career for years to come.  Little did I know back then that these two women would play a significant role in my journey again more than ten years after I left the University as a 2003 graduate.

Successful ‘women in law’ continued to influence my career path when I joined a large commercial law firm (in Edinburgh this time!) to train as a solicitor.  I spent the majority of my 2-year traineeship working in teams with strong female leads.  The most memorable advice I received from the first female Partner I worked with was to think of work tasks as pieces of chocolate, and whenever offered a piece of chocolate, to always ask for the bar: a lesson I have taken forward in my working life.  I qualified as a solicitor with a full practising certificate in 2006 and took up a position in the Employment Division of the firm, a predominately female team of solicitors whose role it was to advise clients on employment and discrimination law issues.  Employment law, as a specialism, was then and still is generally dominated by female practitioners and it was perhaps in part because of this environment that for a number of years I remained somewhat sheltered from the wider inequalities in sex which exist in legal practice (and workplaces more generally), and which became more evident after I was married and contemplated starting a family.

I recall my mother phoning me one evening after I got married to tell me about an advert published by the Scottish Parliament for the recruitment of solicitors.  She said to me at the time that I should think about applying for one of the vacant positions because the public sector was known for being more flexible with regard to work and caring responsibilities and this might be important should I have children.  At the time, I thought it was absurd to factor employer flexibility into one’s career choices!  I was still of the, perhaps naïve, view that progression to the highest ranks could be achieved by determination and hard work alone, and that external factors would not influence such success.  This view, however, was slowly to change as I witnessed some of my female peers have families and struggle thereafter to balance their new caring responsibilities with the demands of commercial legal  practice: the long hours and client service responsibilities presented particular challenges.  Some of my colleagues decided to stop work altogether, whilst others moved away from legal practice and took up part-time positions elsewhere.  It was quite noticeable to me at the time that, only in a few cases, were male solicitors with young families adjusting their working arrangements to accommodate their new caring responsibilities.  Indeed, I recall the decision of a friend’s husband – also a practising solicitor – to work a 9-day fortnight, to have been quite novel at the time and the source of much discussion and wonder!

By the time I was ready to return to work after a period of maternity leave with my first child, I had made the decision to leave legal practice and embark on a journey towards a career as a University lecturer.  The flexibility such a career could offer at this particular time in my life was admittedly an attraction, but my love of teaching and my desire to use my legal skills in research to influence law reform and public policy, was the greater pull.  The decision led me back to the University of Glasgow, where I studied for a PhD under the supervision of Professor Ruth Dukes and Professor Jane Mair, undertaking research in the employment and equalities field.  Once again, I was fortunate in this critical period to be supervised by two ‘women in law’ whose intellect, insight, creativity and patience supported me in my progression to the award of a PhD in 2018.

The happiness I felt at the end of my viva when the examiner told me I was to be awarded the PhD was topped later in the year when I applied successfully for the permanent post of lecturer in law at the University of Glasgow.  Returning to the School of Law on the first day of my new appointment was an emotional occasion for me.  Perhaps it was my long-standing connection with the University of Glasgow (indeed, my office was to be next to the office of Maria Fletcher!) or the relief of being in permanent employment after a long period of study which triggered these emotions.  I wonder, however, whether it was because I finally felt that I was exactly where I was meant to be.  Still, to this day, as I cross the River Kelvin towards South Gate and I see the magnificent structure of the University, I feel immense pride that the University is my place of work.

Teaching in the School of Law in 2020, the predominance of female students is noteworthy.  Like I was, they are hard-working, determined, enthusiastic and ambitious.  They will, along with their male counterparts, face challenges when they leave University and embark on their careers.  I hear that flexible working is now high on the agenda of most legal practices and I see, in my own circles at least, a positive cultural shift whereby fathers are taking advantage of flexible working patterns to become more involved with the care of their children.  The ‘work from home’ experience of the COVID 19 pandemic has also brought into sharp focus the feasibility of alternative and more flexible working arrangements which will hopefully prevail when all workplaces re-open.

As we celebrate 100 years of women in law this year, sex inequality in most forms of employment remains a significant issue.  It is manifested in the gender pay gap and the number of employment tribunal hearings featuring sex discrimination or equal pay. It is, I believe, incumbent on each of us to work towards complete elimination of these inequalities.  In my professional life, my teaching and research on employment and equality law provides me with an opportunity to contribute to change in the law and in public policy.  On a more personal level, I see my role as a mother of two young boys as providing an opportunity to contribute in a small but important way to cultural and societal change, which, in the most part, is hard won.  I was recently faced with the following question from my 7-year old son, ‘Mummy, why do people say pink is a girl’s colour?’  It is the answers to questions like this one which allow us, as parents, the opportunity to positively influence our children’s beliefs and understandings of the world around them, in the hope of a more equal future.