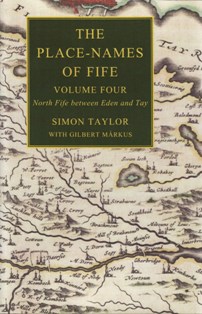 The Expansion and Contraction of Gaelic in Medieval Scotland: the onomastic evidence

“The Expansion and Contraction of Gaelic in Medieval Scotland: The Onomastic Evidence” was an AHRC-funded project based in the Department of Celtic and Gaelic, which ran between 2006 and 2010. The Principal Investigator was Professor Thomas Owen Clancy, and the researchers were Dr Simon Taylor and Gilbert Márkus. The project was joined by a Ph.D. student, Peter McNiven.

The objective of the project was to understand better the way in which Gaelic expanded during the early middle ages from Argyll into eastern and southern Scotland, and the process by which it had then receded from many of these areas by 1500.

Our best, sometimes our only tools for understanding this process are place- and personal names, and the project’s main objective was to complete and see into publication Dr Taylor’s major five-volume survey of The Place-Names of Fife, written with Gilbert Márkus. The first four volumes of this comprehensive and ground-breaking series are now published and available (see below). Volume 5 will be published in 2012.

Peter McNiven explored these issues in his doctoral thesis on Gaelic in Menteith, which includes a survey of the place-names of that region, formerly part of Perthshire. His thesis is available to read online.

The research also resulted in a variety of other articles and outcomes, some of which will be found on the publications listings of the project team members. This project has now gone on to underlay the foundations of a new AHRC-funded project, “Scottish Toponymy in Transition”.