"It is unfair. It is wrong. It is heart-breaking. It hurts."

The Black Lives Matter (BLM) movement evokes many feelings and thoughts. The fact that I have to write ‘black lives matter’ or the fact that this string of words has to be said is unreal. My mind is still coming to grips with the slogan. I am coming to grips with the fact that today the BLM chant echoes centuries-old outcries for equality against chattels and injustices. Chattels and injustices imposed by one set of humans onto another who are phenotypically different, and that remain due to notions of otherness. 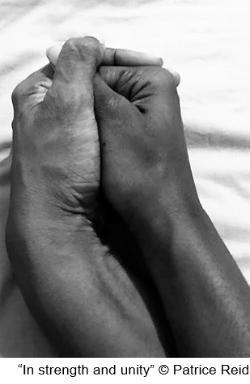 It is unfair. It is wrong. It is heart-breaking. It hurts.

Imagine a snapshot of my life as a black girl from the Caribbean for a minute. Imagine learning about your ancestors in history books across educational levels being subjugated - being thought of as inferior and less than. Imagine the story (and reality) of the triangular trade powered by colonialists being vividly described by your high school history teacher. A tale of the sardine-packed ships of women, men, and children who look like you. Ships that sharks followed as a source of food because these less-than-blood-and-flesh 'others' were often thrown overboard for resisting captivity, for being ill or dying due to inhumane conditions. Can you imagine what this history does to the psyche of a child, a teenager, an adult, a group of human beings – learning about, hearing, and seeing these stories repeated in different forms, over different times and spaces, over centuries, time and time again? Can you imagine knowing the reason you speak another language and have a different name, is not due to a choice of migration and marriage, but due to the greed of capitalists who in their so-called "discovery of new worlds" ravaged and destroyed pre-existing civilizations and identities? Can you imagine sitting down to write about black lives matter as a black woman knowing that the reason you exist now is that your ancestors who were once slaves survived? It is unimaginably gut-wrenching but awe-inspiringly powerful. 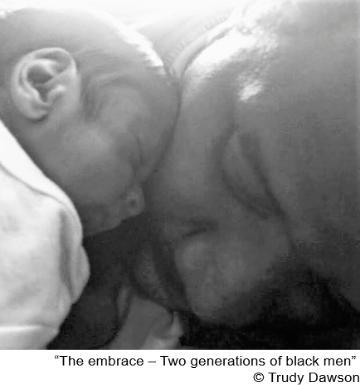 I am here because someone championed. I am here because my ancestors fought an injustice meted by other humans who thought of them as less than themselves – just like today, in the form of BLM. A movement that has prompted people to use social media and march in droves despite the threat of a virus killing thousands because of a more deadly sore called racism that has been festering for centuries, oozing hate.

BLM is more than about, and yet it is all about revolutionary champions like Toussaint Louverture, Paul Bogle, Nanny of the Maroons, Rosa Parks, Martin Luther King, Jr., Nelson Mandela, and Bob Marley’s One Love and Songs of Freedom.

It is more than about, and yet it is all about, the tragedies of the many George Floyds, Breonna Taylors, and Amiya Braxtons of this lifetime.

It is more than about, and yet it is all about, the experience of my former nine-year-old self who visited Canada for the first time when another little girl said, "move your dirty black skin away from me," leaving me confused because I had never experienced racism before.

It is more than about, and yet it is all about, my teenage self, hearing her friend’s parent angrily use black in a derogatory way to ‘put someone in their place’. Though apologies were shared, and forgiveness took root, I was left in quiet reflection to ask, why is the word black used ‘to put someone in their place’? Why is the term black used to make someone feel less than? 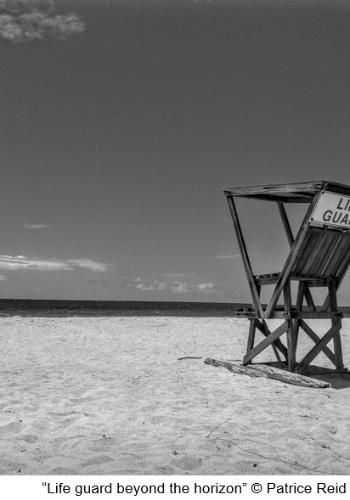 It is more than about, and yet it is all about, experiences of being examined from head to toe by someone who saw me as other. The experience of being denied an act of service, kindness, or consideration because of how I looked.

It is more than about, and yet it is all about, my cousin living outside of the Caribbean preparing and planning for the appropriate time to teach her little girls about racism and how to navigate it.

It is more than about, and yet it is all about, living in a once colonized society where remnants of the racist past exist today in forms of normalized colourism and classism.

It is more than about, and yet it is all about, continued trampling of the fundamental human rights and liberties of a group of people because of the conceptions of otherness.

The full picture of systemic and systematic racism has never been told. It will never be fully captured by pen put to paper. If the oceans, winds, and lands could talk, we all would be buried in mourning beyond our existence. Yet, I breathe in and out, knowing that despite humanity’s destructive history, through resilience, we can construct a positive and inclusive present and future.

Patrice A Reid
PhD student, Institute of Health and Wellbeing