"In that moment, I suddenly felt like I too could not breathe"

MSc in Global Health student Rayana Mohammed, in collaboration with fellow MSc student Hooran Khattak, writes about the devastating impact of the killing of George Floyd. and possible ways forward as we seek to manage our own feelings and help bring about change. 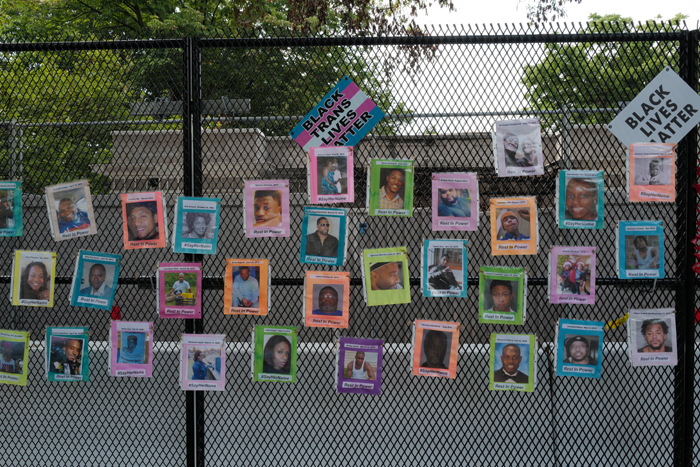 Two months into what was possibly the strangest time I will ever live through, I was sipping my coffee and enjoying ‘normal’ routine again, after a whole month of fasting. I was on a Zoom call with my friends when I was made aware of a certain video going viral, so I decided to look it up. Initially, I remember sighing and just thinking, “Wow, another one”. This video didn’t come out long after the killing of Ahmaud Arbrey, which also shocked the world, but sadly, not to this extent, and like many instances before, the shock wore off and social media moved on. This time, however, all eyes were on the killing of George Floyd. Everything about George Floyd’s death just grabbed people’s attention.

The knee of a white man on his neck for 8 minutes, the lack of compassion of said man pressing the knee consistently and with force on his neck, the lack of action taken by the other officers present, the cries out of not being able to breathe and the cries out for his mother…it was really a lot to take in and to process.

I felt a hurricane of emotions take over my body - I had just had enough. I cried for so long after watching it. I remember reposting the video onto my social media with tears in my eyes, but I knew I had to speak up about it because of how it made me feel.

As a Black female in the UK, I cannot fully relate to the realities of Black people in the US who fear for their lives, every single day and I will never claim to fully understand. However, I have faced my own battles with racism and prejudice, and in that moment, the walls that I had put up to protect my mental state just began to crumble. I suddenly felt like I, too, could not breathe. 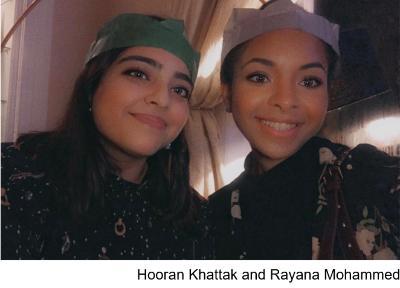 As a Master’s student, I am still working on my dissertation and have been since the beginning of the lockdown, like many others. My classmates and I lost a lot of teaching this year and the lockdown really didn’t do any good for any of us, in terms of our mental health, our studies or our ways of coping. We weren’t allowed to leave our houses anymore. We couldn’t see family and friends. We couldn’t escape and go to a coffee shop or the library to work. Personally, I suddenly didn’t know what I was doing or how to get on with life. However, this is understandable given what we were going through. People were dying every single day and the number just got higher and higher and higher. It was a lot. So, to me, to not only see a virus taking people’s lives, but also seeing other human beings adding to the number of deaths just floored me. I couldn’t understand it, and I still can’t.

We were, and still are, living through a global pandemic and people still had it in them to kill? A time when we should have been uniting to fight this unknown enemy, people remained prejudiced, and downright evil. This made me lose hope in people.

I began obsessing over getting justice for George Floyd and his family, as well as the countless other people who have died as a result of racially-fuelled hate crimes and have not been given the justice they deserve. Ahmaud Arbrey, Breonna Taylor, Philando Castille, Tamir Rice, Eric Garner, Atatiana Jefferson, Stephon Clark, Sandra Bland, Belly Mujinga, Sheku Bayoh, Shukri Abdi and many, many other victims. I would wake up looking for ways to help, signing petitions, donating, reposting and ranting, educating myself, educating others, discussing issues with friends and family, you name it, I was doing it…all while having to get on with my dissertation. Needless to say, I couldn’t focus but I had to. I felt like the burden was placed on me as a Black person to fight for other Black people and any time I spent not doing that felt wrong to me. I was having this inner battle with myself, feeling as though I wasn’t doing enough for the Black Lives Matter movement, but I also felt like I wasn’t doing enough for my own studies. I was torn and really stressed out. It was a little too much for me, but I carried on. I would wake up and spend some time checking social media, the news, and checking in with myself and my thoughts. Then after satisfying that part of my day, I began to work on my dissertation. It’s crazy to me that I had to be strict with myself at a time when the world was already very strict on me. I still couldn’t leave my house to visit the people I love and miss; I couldn’t go to the gym to distract myself or have an in person catch up with friends over a hot drink. I felt trapped and I know I wasn’t alone.

As time passed, my investment into what was going on in the movement as well as my studies began to change. Granted, I was still very distracted when trying to work but I made it work. I was doing the best I could to hold it together and I fell a few times, but I picked myself back up. I began taking breaks from social media to heal myself as I felt exhausted with the constant influx of sad news, new news, new emotions and the persistence of existing emotions. I continued on with the ups and downs for conducting a research project during a global pandemic, which now that I think about it is a very powerful thing I and all the other amazing students are doing. Well done everyone! In a time when the world was in uproar, we were all sitting in our rooms, gardens, kitchens, or wherever you choose to study, just getting on with the obligations we still had.

The brutal death of George Floyd will always be heart-breaking, but has sparked so much change in the ways people think and treat each other and themselves.

As if this wasn’t enough to deal with, my family suffered from a huge loss and I know many other families have had similar experiences in this time too. It was hard and I would be lying if I said it still wasn’t hard now. I find myself tearing up for my loss, for the other families who have lost loved ones as a result of the virus, and for the families who have lost loved ones at the hands of other people and racial prejudice. I felt so helpless and, honestly, useless. I didn’t feel like I was making a change to the rights of the oppressed with everything else I had going on, while those who could make a change chose not to. I would cry out of frustration about this and at the end of it, I would tell myself that I had to be strong (even if I didn’t believe it) and that I could work extra hard to fix some of it, as well as continue on with my obligations. I put so much pressure on myself to continue working as if I wasn’t crumbling. I was but I didn’t want to be weak, so I just kept going. I know I’m not alone in this, but it just felt like I couldn’t be selfish by having my own personal crisis in that time because others were suffering too, or more than I was, so I felt that it would be wrong of me to pity myself. I would put on a brave face but deep down I didn’t feel the way others saw.

I’ve had countless conversations with great friends in this time about the global situation as well as the things we were thinking about and feeling. People I had lost contact with began to message me again, checking in and comforting me in this difficult time. These healing conversations truly made me feel like I wasn’t alone. They made me realise that in order to go on and do great things, not only within the Black Lives Matter movement but also my studies, support was necessary. I have support but I just had to let them in. It was really heart-warming, and they restored the hope I had lost in people not too long before. It showed me that change was more than possible if the people in the world were like the amazingly supportive people I have. Yes, change isn’t going to happen tomorrow. Or the next day or even by the end of the year but just by people uniting and helping each other when we need it most, change has already occurred. This could be seen in the number of demonstrations that were held globally in support of this movement, the unity in working to bringing justice for the death of George Floyd as well as the other ignored killings of innocent black people, and just the kindness so many people portrayed.

The brutal death of George Floyd can be described as bittersweet. It will always be heart-breaking, but his death has sparked so much change in the ways people think and treat each other and themselves. It’s sad that a little girl had to lose her dad at a young age for people to do some self-reflection, however, we are here now and what we choose to do from now on is truly important. It’s always been important but now we realise the full significance of our actions and interactions with each other and ourselves. I think people have begun to wake up from the slumber we were all in before the pandemic and before the Black Lives Matter movement, and now we are doing what we can to make a change in whatever way we can. As a Global Health student, my goal is always to find ways to improve the lives of others. Maybe that’s in a health-related context or in a way unrelated to health. My actions and the actions of my peers and friends have all been united in this simple fact of wanting to help others. We all have different methods of doing so and that is more than okay because we are doing what we can.