Many of our staff now work flexibly to accommodate caring responsibilities, help them to manage a disability or health condition, or to improve their work/life balance. Here, a range of colleagues share their reasons for seeking alternative working patterns, and the ways in which they have gained. 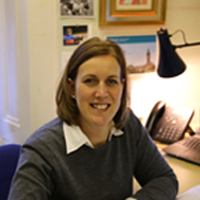 "I have been an academic health economist for 20 years progressing from a research assistant to research fellow, senior researcher, reader and now professor through my posts at the Universities of Kent, Aberdeen, Oxford and now Glasgow. During this time, I have benefited from university maternity leave entitlements and flexible working. I have previously worked 60% and 80% FTE to assist in my family/work life balance. Having an understanding and supportive environment is imperative to the progression of women in academia. I am currently one of 5 female programme leaders in HEHTA, from 7 programmes. Flexible working at HEHTA allows me to collect my children from school some days which is invaluable for the management of my children’s daily needs including homework, afterschool music and sport activities."‌

Professor Laurence Moore, Director of SPHSU said "It is imperative talented female staff are able to progress in academia. I am pleased we have been able to support Ruth through her periods of flexible working".

Rich Mitchell is Professor of Health and Environment and head of Public Health.  He is also a co-director of the Centre for Research on Environment, Society and Health (http://cresh.org.uk). Earlier in his career Rich focused on monitoring and exploring socio-economic and geographic inequalities in health. Today, his focus is on the potential for environments, and natural environments in particular to positively influence population health and health inequalities. 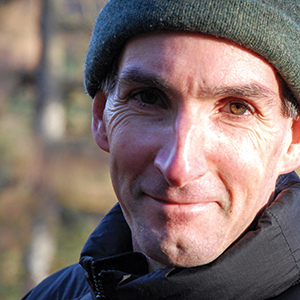 "I joined Glasgow as a reader in 2007, and was given lots of help to gain my professorial promotion in 2009. Our first child also arrived in 2009 and I was supported by my department to take four weeks leave at the time. When our second child arrived in 2012, I wanted more time at home to be hands-on with him so I formally reduced my hours of work to 80% FTE and agreed flexible working practices. These arrangements enable me to have good work/life balance, do school and nursery pickups and generally stay sane. My line manager was strongly supportive of the move to 80% FTE, and both she and other colleagues have been fantastic at enabling it to work in practice."

Jo Ferrie is a Senior Lecturer in the School of Social and Political Science. Jo joined the university in 2001 as a Research Assistant, completed her PhD in Disability Studies and Sociology in 2008 and became a Lecturer in 2012. Jo is currently Director of Glasgow Q-Step, a quantitative literacy programme for social scientists funded by Nuffield, ESRC and HEFCE; has been the interim Director of Graduate Training for the College of Social Sciences; is Associate Director for the Scottish Graduate School of Social Sciences and is the first social scientists to be appointed as PI to the Euan MacDonald Centre, one of the largest and most influential hub of scientists working in the field of neurological conditions.

Antonia Gates joined SHW in 2006, and is currently a research secretary in Mental Health and Wellbeing. 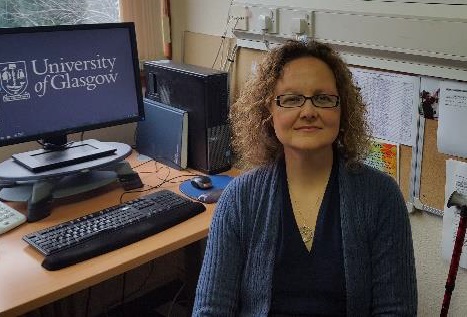 I am very grateful I have had so much support and flexibility from the school to keep working. Working is important to me. It has mentally really helped me to cope with having such an unpredictable and debilitating condition. The University of Glasgow has been extremely flexible, supportive and understanding as my condition has gradually deteriorated over the last year or so. I have plateaued at the moment but this is probably because my work colleagues have helped me to manage my condition better and therefore to continue working, which I enjoy." 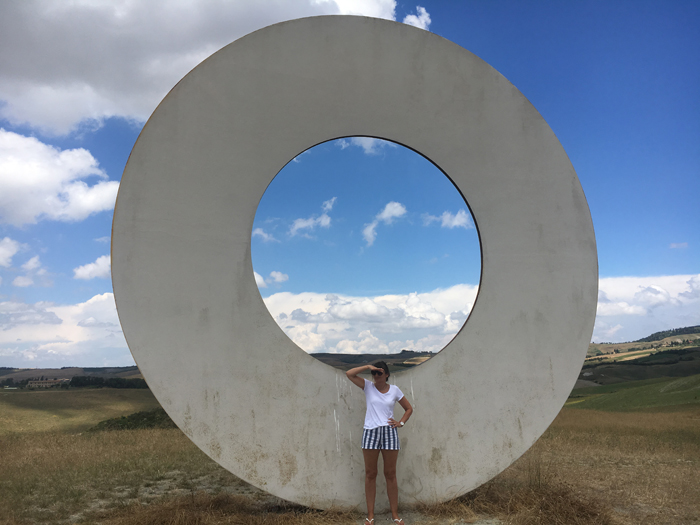 Although the work was flexible and interesting, I felt an increasing sense of frustration with my academic role. Under the guidance and support of Professor Mair, I applied for the part-time administrative role of Research Coordinator in the NRS Primary Care Network. I am an enthusiastic supporter of including diverse views into academic research so the patient involvement aspect of the role was of particular interest. More recently, I welcomed the opportunity to return to full-time work and expand my PPI role to co-lead a project developing PPI in MVLS.