I am an Artist in Residence of the UNESCO Chair on Refugee Integration Through Languages and The Arts (UNESCO RILA) and a Research Associate of The MiDEQ Hub, based in the School of Education at the University of Glasgow. I am an artistic researcher and lecturer. My research is in creative arts and translating cultures, language and education with a focus on African diaspora music, video film production, story and storytelling. My academic and professional backround is in teaching, theatre for development education, traditional African music and film directing.

I am also the founder, composer and Creative Director of Ha Orchestra and the AdinkraLinks Poetry Network In 2015 I was nominated and received the Critics Award for Theatre in Scotland (CATS) Music and Sound Category for my music creation and perfomace role in Kai Fischer's Last Dream (On Earth), a National Theatre of Scotland and Kai Fisher production.

In April 2014 I received an AHRC PhD Scolarship under the Researching Multilingually at Borders of Language, The Body Law and the State (RM Borders) Research Project. As part of my Doctoral research, I set up Ha Orchestra; the first symphonic African Orchestra in Scotland in June 2014 through a Creative Scotland and Glasgow Life Glasgow 2014 Cultral Grant. I led the Orchestra made up of African migrant musicians living in Europe and Scottish musicians to perform my new compositions in all the major festival venues including Glasgow Green, The Kelvingrove Band Stand, The Merchant's Square and BBC at The Quay. The Orchestra's first music video was filmed at the University of Glasgow.

I was appointed the first Artistic Director of Pan Arican Arts Scotland in 2006 where to develop the artistic programme. As part of this, I set up a number of African arts project initiatives including the the Adinkra Creative links workshops programme for schools and community groups including The Hesu African-Celtic fusion Band, Sima Fashions and the Glasgow Higlife Band. I also poduced a three-episode Life Stories documenatary films 'Our Stories' on the lifes stories of three creative artists of African African and African-Caribbean community in Glasgow: 'Tawona's Story, on Tawona Sitholé 'Clares's Story' on Clare Robertson and 'Graham's Story' on Clr. Graham Cambell.

He moved to settle in Scotland in 2003. In Ghana, Gameli is well noted for his role as 'Grandpa' the storyteller on the Ghana Telvisoion 'By the Fireside' Storytelling programme in the 1990's. He has also worked as the first producer of the TV3 Network youth magazine programme 'YouthQuake' and directed children's theatre productions for the National Theatre of Ghana's Kids Festival Kidafest 1996 and 1997 for the Goethe Institute in Ghana.

My community theatre work in 2001 contributibuted to the eradication of Trachoma in Ghana. Working as a theatre for development consultant for the BBC World Service Trust, I designed a community threatre intervention that worked with schools, communities and the local radios and resolved the communication difficulties around the knowledge and understanding, beliefs and practices that posed difficulties to eradicate the desease.

I work interdsciplinarily in creative arts  in music, theatre, fashion and film to produce, drawing on my African hertage specifically my Anlo Ewe tradition. As a documentary film maker, I have directed and produced many research documentary films inclusing 'Music Across Borders' (2016) 'Broken World, Broken Word' (2017), 'Gedzem Kutrikuku' (2018). On my PhD graduation day I wore my first self-made kilt made from the colourful Ghanaian hand woven kente fabric which I designed specially for the ocassion.

I am recenty produced the audio book of the Worriors Who Do Not Fight by Professor Alison Phipps and Tawona Sithole. I currently edit and publish the Adinkra Links Poetry Anthology Series.

Gameli Tordzro's research interests is in story and interaction; how the various storytelling crafts of theatre, film, music, fashion clothing and textile create human interaction and are generative of transformative human and social values.

Gameli Tordzro has been an artistic researcher since 1999 working with the Kwame Nkrumah University of Science and Technology’s Centre for Cultural Studies from. He has developed his research methods around and with the interdisciplinary use of creative arts as language to facilitate inter-cultural communication, interaction and dialogue and understanding. His current focus is on theatre, music, film and story in migration and the global movement of people of African origins, especial the African diaspora communities in Scotland and mainland Europe. Gameli’s artistic research is practice based through documentary film production, music composition, performance practice and audio recording and production. In 2014 he led part of the creative arts consultancy to design, operationalisation and implementation of the Creative Arts and Translating Cultures Hub of the UK Arts and Humanities Research Council Large Grant project Researching Multilingually at The Borders of Language The Body, Law and The State (RM Borders). This also involved facilitating and negotiating project partnerships with the University of Ghana at the School of Performing Arts and with the Noyam African Dance Institute and chiefs and community leaders in Dodowa Ghana.

In Ghana, as Creative Director and actor of one a main role ‘Paa Joe’ Gameli and other set up Box Office Productions to produce a Forty-episode TV drama series production ‘All That Glitters’ broadcast on TV3 Network Ghana, The Sky TV Channel OBE (2005 – 2007) This involved the training and rehearsing and launching new entrants to the creative industries in Ghana.

Gameli’s research interests also extends to arts and education, arts and communication and rural development, In 2001 his arts consultancy work with the BBC World Service Trust and the Ministry of Health Ghana on Trachoma Eradication in the Gurungu and Wechiaw districts of the Upper-West region of Ghana. The research task was to deal the language communication and understanding gap between the health service providers and the local communities around the knowledge and understanding, practice and belief systems that was prevents cure as the cause of Trachoma which is repeated infection in childhood is difficult to link to its effect, the adulthood blindness and all the various stages in between.

His PhD research thesis ‘Story Storying and Storytelling: A Reflection on Documentary Film, Music and Theatre as Creative Arts Research Practice, is an Autoethnographic reflection that charts theoretical and methodological reasons for ‘harnessing’ Gameli Tordzro Aŋlɔ-Eʋe story, storying and storytelling practices in the making of the film ‘Music Across Borders’, the ‘Ha Orchestra Music Project’ and his co-direction and production of ‘Broken World, Broken Word’ devised theatre project. It also covers how this is also established in participating in and contributing to the development, and production of ‘Vessels 2015’ in the International Youth Exchange Project Beacon Theatre (2015) and the Kai Fisher and the National Theatre of Scotland production ‘Last Dream (On Earth) (2015 –20016) theatre productions as artistic research. The productions focus on story, expressing the lived experience, and how the value, knowledge, opinion, belief, and culture, within such expression represent ‘voice’. ‘Story’ is how we package and present the lived experience. Thus, ‘story’ and ‘voice’ are linked.

His fieldwork included training community artists and setting up a community theatre company at the district Centre for National Culture in Wa. The research involved local community radios, schools and community theatre presentations in the 37 schools and 28 villages. In 2018 the UNHCR declared Trachoma has been eradicated in Ghana.

Arts Consultant: Researching Multilingually at the Borders of Language, the Body, Law and the State (2014 - 2017)

I welcome expression of interest from Masters, MPhil and PhD students interseted in any of my research themes. I encourage students interested in practice based research to drop me an email. 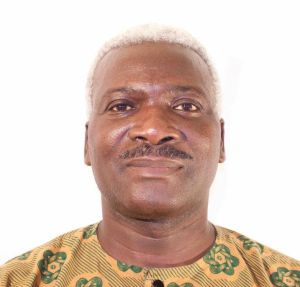