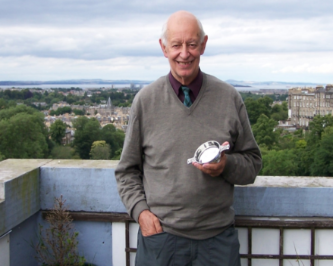 In 2018, the Centre for Robert Burns Studies hosted the inaugural Craig Sharp Memorial Lecture. Held on the Friday closest to St. Andrew’s Day (30th November), this public event commemorates Craig’s association with and support of the work of the Centre in promoting Robert Burns’s legacy and continuing to drive research in all aspects of the life, work and times of the bard. As a mark of their equally important work in the public sphere, we co-host the event with the Robert Burns World Federation.

Craig’s association with the University of Glasgow is a long one, beginning with his years as a student at the Vet School in the 1950s. 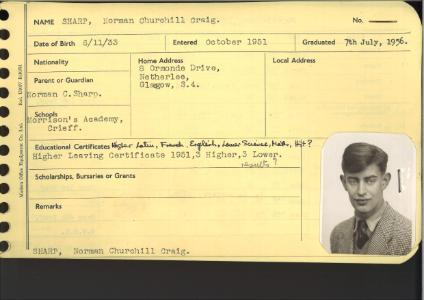 Following several years of veterinary practice which included a keen academic interest in muscle anatomy and physiology, Craig moved into the new field of Sports Science, becoming a respected academic and consultant for various teams and sportspeople, including the British Olympic team. In 2005, upon his retirement, the University of Glasgow conferred on him an honorary DSc in recognition of his contribution to sports science and medicine. (Read Craig Sharp DSc oration delivered at the ceremony) 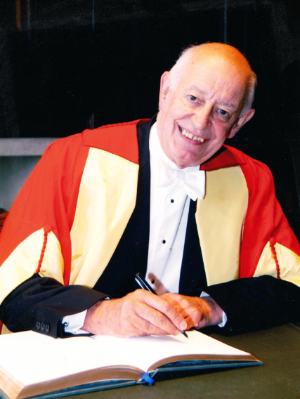 Craig on the conferment of his honorary DSc by UoG

Craig’s years as a vet included some time at the farm at Mossgiel, previously worked by Burns and his brother in the 1780s. It was also here that Craig developed his interest in the life and work of the poet. This interest persisted and, as Craig moved towards retirement, he involved himself in some fascinating detective work around the evidence to support Burns’s ‘lost weekend’ in December 1786. In 2004, Craig convincingly hypothesised that, despite it being the depths of winter, Burns travelled from Edinburgh back to Ayrshire. The reason for the journey remains unknown but Craig hints that a woman may be the explanation. (Download Craig's article from Studies in Scottish Literature)

More recently, Craig published again on Burns, this time bringing his expertise in sports medicine to bear on Burns’s work at the plough. In exploring the distances covered and physical effort expended by the poet as he worked the land at Lochlea and Mossgiel farms during his teens and early twenties, Craig added vital detail to our understanding of the challenges of Burns’s early life.  (Read Craig's article from the Burns Chronicle, starting p.59)

Aside from his published work, Craig has been connected with the Centre for Robert Burns Studies for almost as long as the Centre has existed. Shortly after its founding in 2007, he generously donated what has been termed ‘a christening gift’ - a Kilmarnock edition of Poems, Chiefly in the Scottish Dialect. 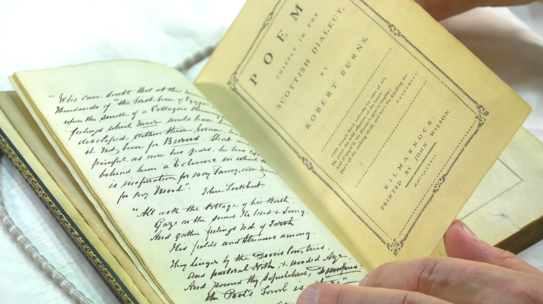 This volume represents a physical manifestation of Craig’s continual support of the work of the Centre throughout its existence. His loss in 2018 was keenly felt by all our staff.

We are honoured by the ongoing support of Dorothy, Craig’s widow, and his family, particularly in their attendance at the memorial lectures, as we seek to continue our acknowledgement of Craig’s love of Burns and his contribution to the Centre. 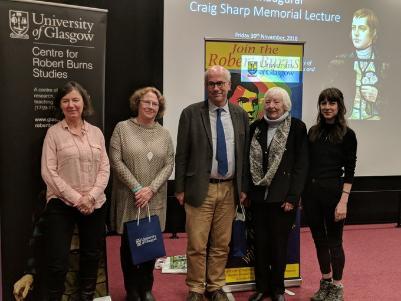 (All images supplied by the University of Glasgow or the Sharp family. Our thanks to the teams in the Media unit and Archives and Special Collections, and to Dorothy Sharp.)