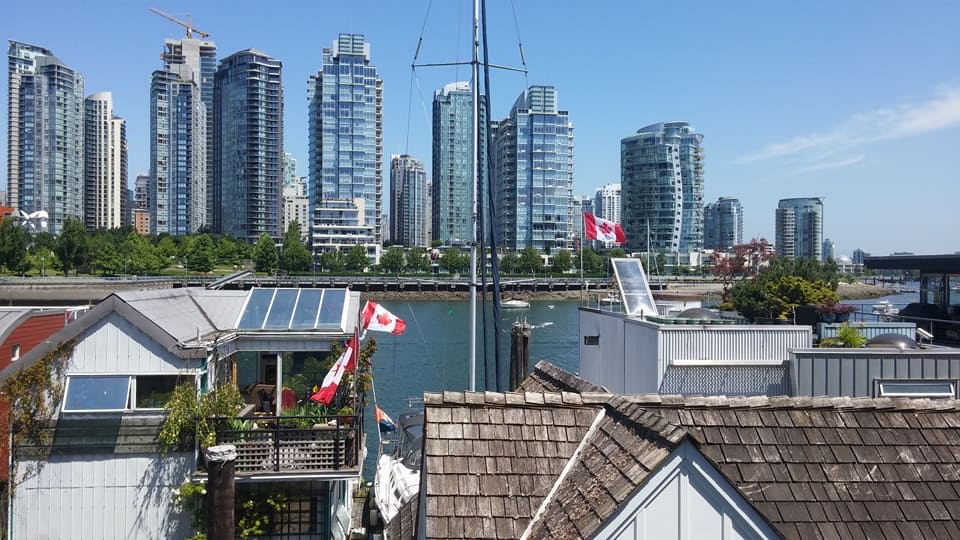 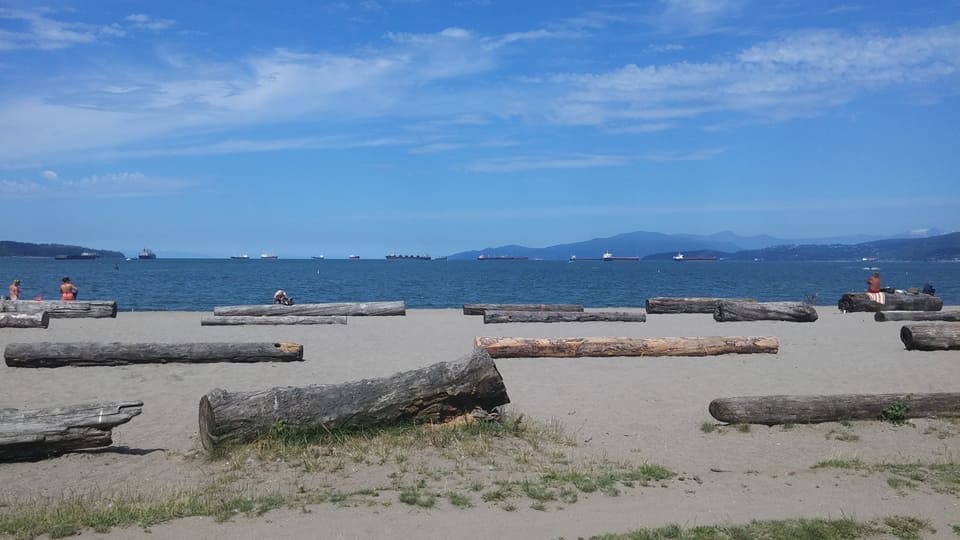 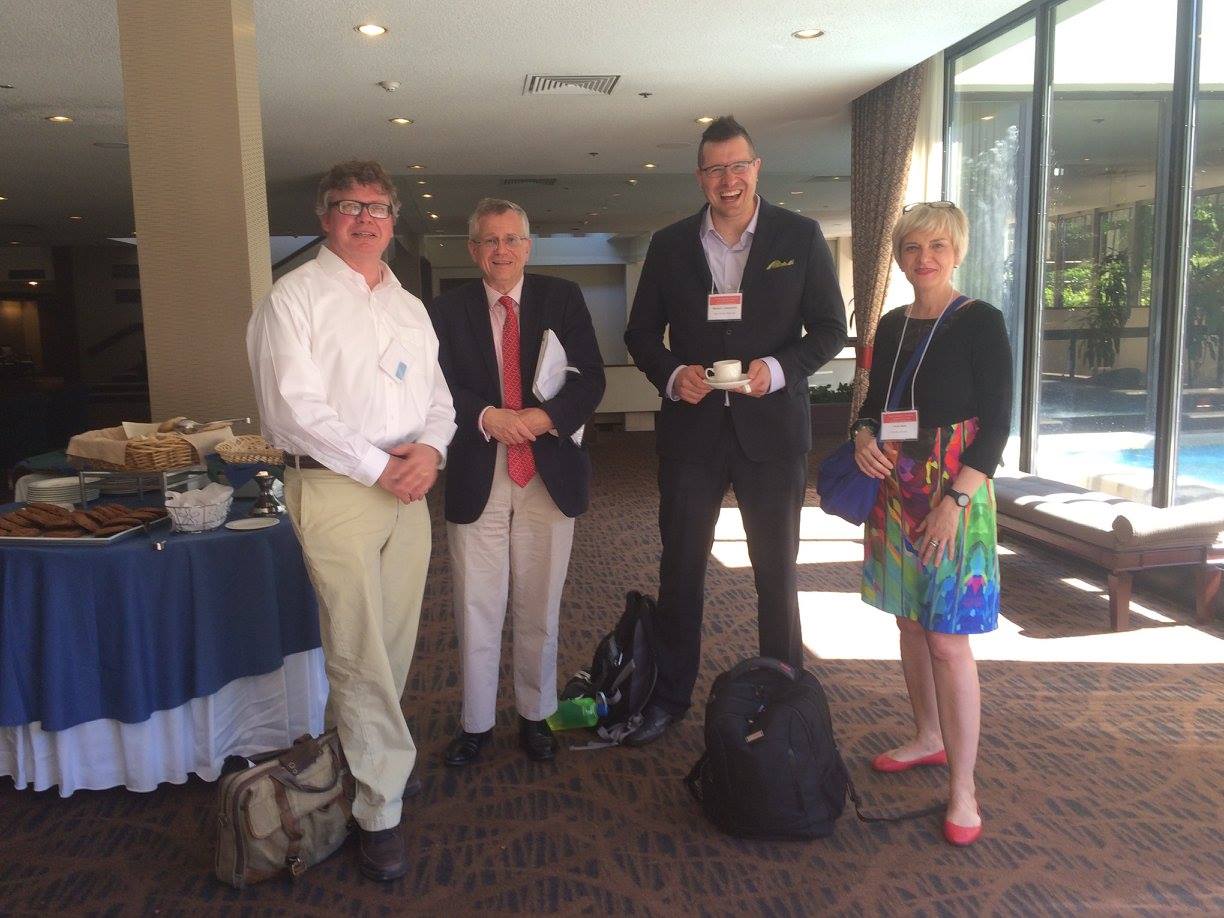 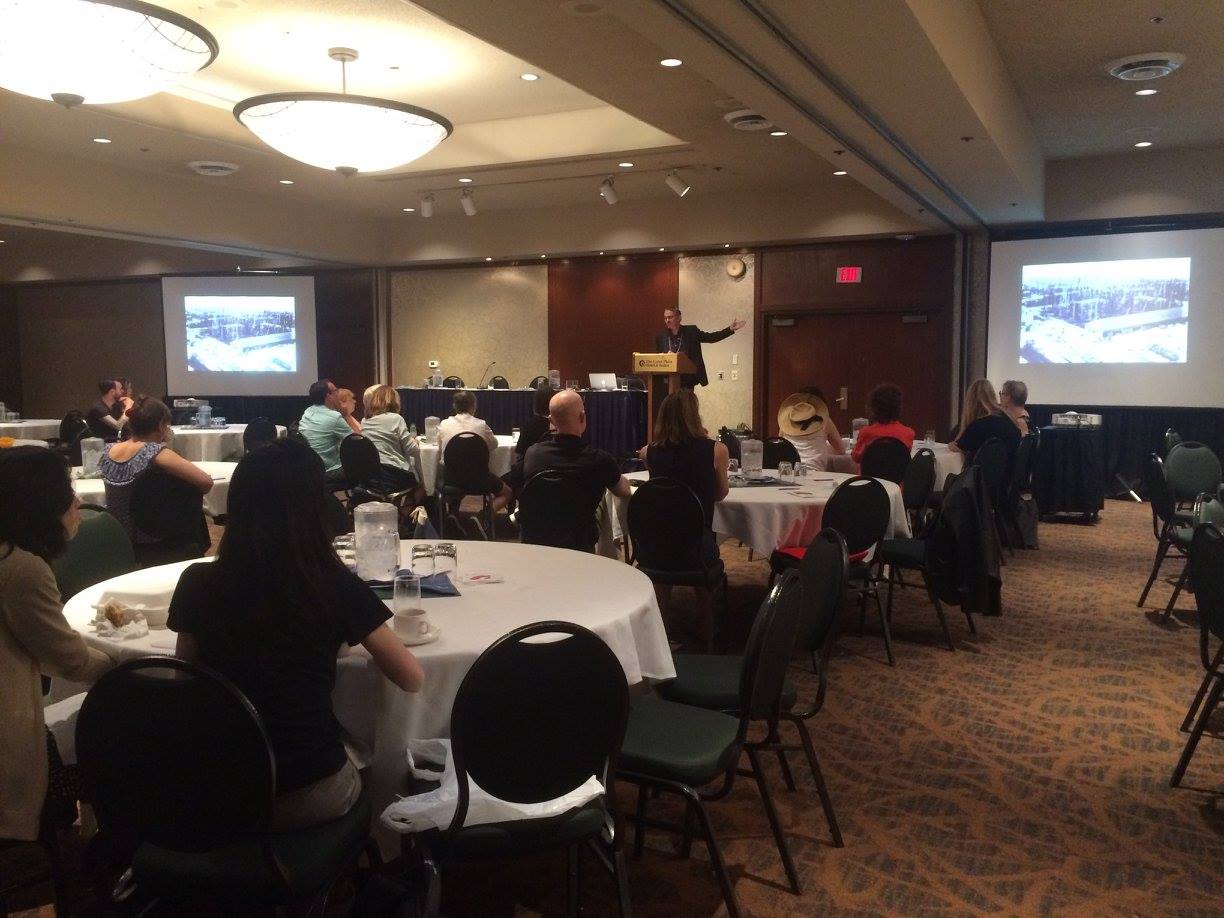 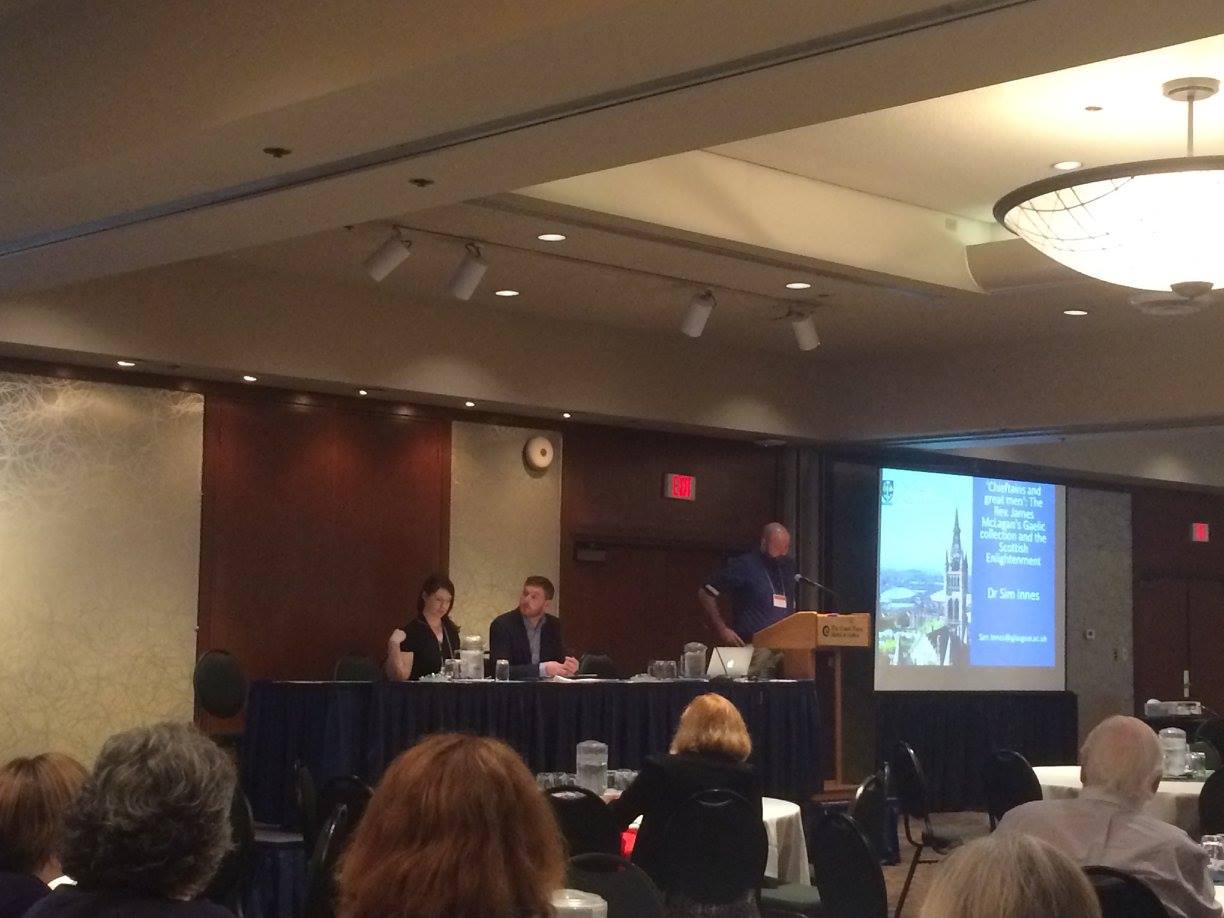 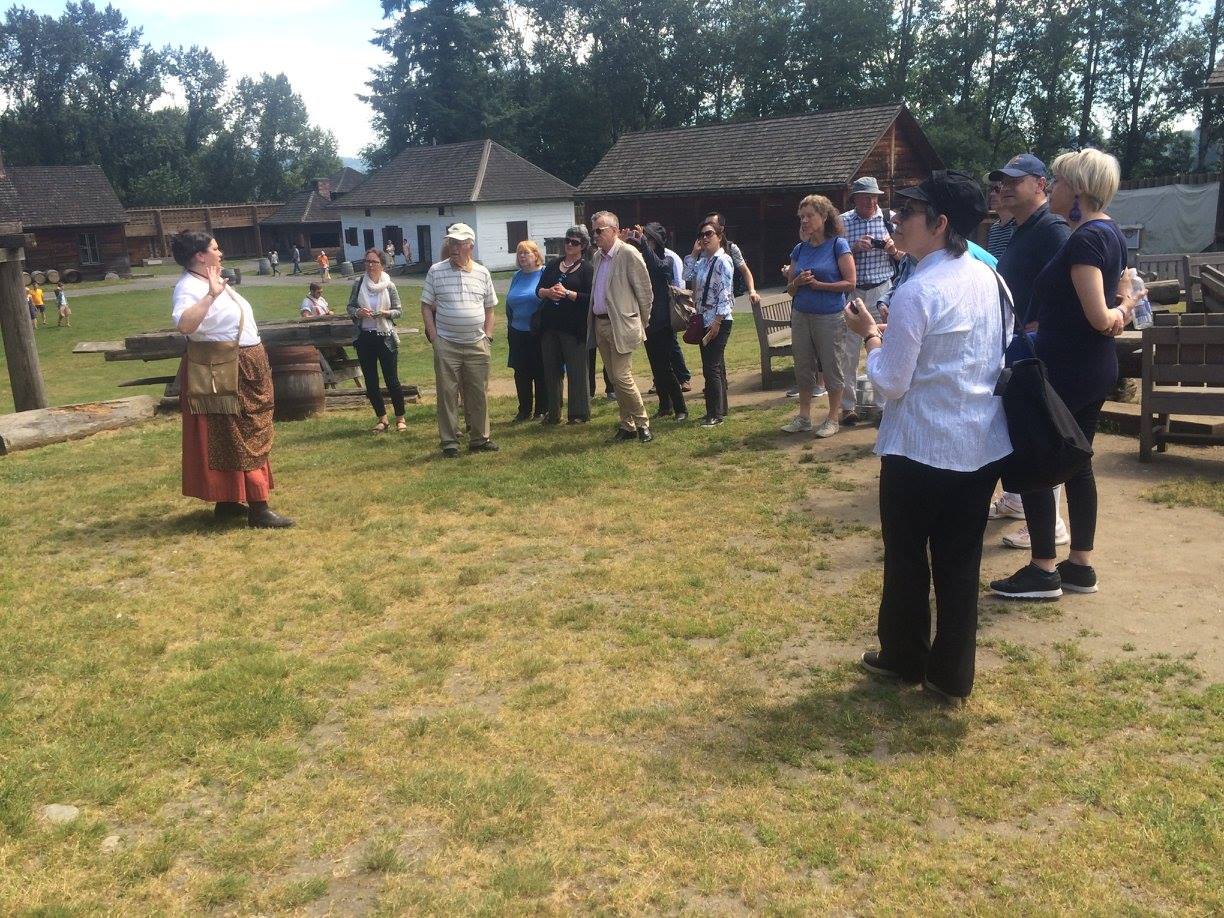 The second World Congress of Scottish Literatures took place June 21-25, 2017 at the Coast Plaza Hotel in Vancouver, BC. With its subtitle of “Dialogues and Diasporas,” the conference aimed to focus on literature that reflects Scotland's relationships across the globe. The location of the Congress on unceded territory on the West Coast of Canada drew particular attention to two targeted themes: "Indigenous/Scottish Connections" and "Transpacific/Scottish Connections," and new research clusters in these two areas were launched during the week. The Congress drew approximately 120 scholars and students together for presentations and discussion; participants came from Asia, Australasia, Europe, North America and South America. 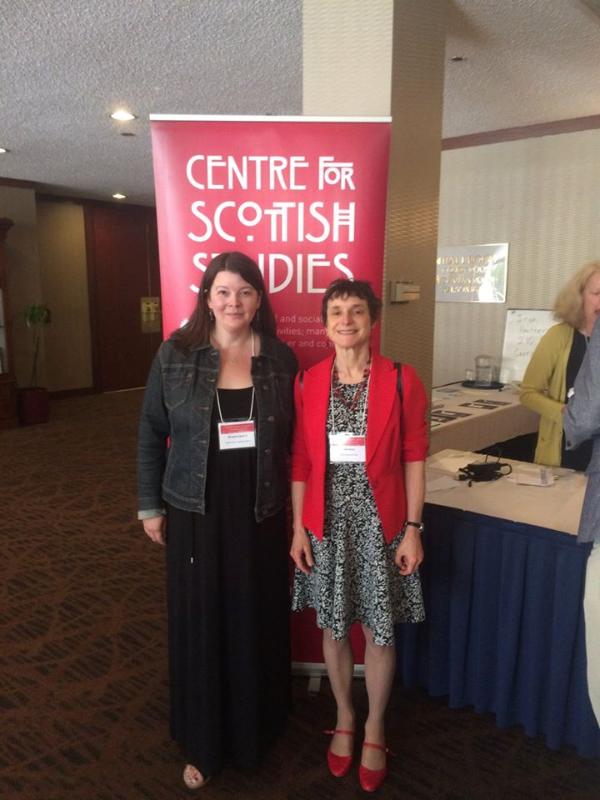 The opening event of the Congress, organized in partnership with the Indigenous Literary Studies Association’s 3rd Annual Gathering, took place on National Aboriginal Day in Canada (June 21) and featured readings by three indigenous spoken word artists, Jordan Abel, Rain Prud’homme-Cranford and Samantha Nock, as well as a performance by the indigenous women’s musical ensemble, M’Girl. The focus on Scottish and indigenous connections was continued the following morning at the plenary panel on “Scotland and Indigenous People in Canada: Exchanges, Traces and Influences.” The rest of the day’s events included lively presentations on topics ranging from “Scottish Suffering: Melancholy, Trauma and Anxiety” to “Ecologies of Destruction: The Politics and Poetics of the Planetary” to a “Scottish Literature Digital Humanities Projects.” The latter panel, sponsored by the International Association for the Study of Scottish Literature, also resulted in the creation of a research cluster in Digital Humanities and Scottish Literature.” Congress participants ended the day with a reception at the Irish Heather Gastropub in historic Gastown.

The following day’s events (Friday, June 24) began with the launch of the research cluster on “Transpacific/Scottish Connections” and included a plenary talk by Miranda Burgess (U of British Columbia), on “Scott and the Time of India,” which explored Scott’s critique of progressive time in The Surgeon’s Daughter.

Saturday’s plenary talks were all open to the public, beginning with an undergraduate student panel presenting on “Scotland and Cultural Memory” (which included two students presenting on how they had used PocketSight.com to create a free self-guided tour app of Scottish sites in Vancouver). During the noon hour, Congress participants and community members were also treated to Shetland poet and novelist Robert Alan Jamieson reading from his new novel macCLOUD FALLS . After lunch and performances by the Scottish Gaelic Choir and the Vancouver Highland Dancers, presentations recommenced with a panel on “Contemporary Perspectives on the Hudson’s Bay Company.” The concluding plenary talk was by Caroline McCracken-Flesher (U of Wyoming), who addressed the topic of “Scotland and the Dialogue with Time: Science Fiction Diasporas,” offering a wide-ranging examination of Scottish science fiction’s engagement with time. As McCracken-Flesher suggested, “time’s arrow flies differently in diasporic space.”

At the banquet on Saturday night, Congress participants and community members joined to share delicious Vancouver-themed food and to learn dancing (including the Red River Jig), courtesy of members of V’ni Dansi, a Vancouver-based traditional Métis and contemporary dance company.

The Congress finished with an optional bus trip on Sunday, June 25 to the old Hudson’s Bay fur trading post,  Fort Langley, including lunch and a talk by Fort Langley tour guides on the history of Fort Langley and Scots in the HBC.

Those interested in finding out more about and joining the research clusters that resulted from the Congress are invited to visit the webpage: https://ddresearchclusters.wordpress.com.