Scotland and the South Seas: Writing the Wide Pacific 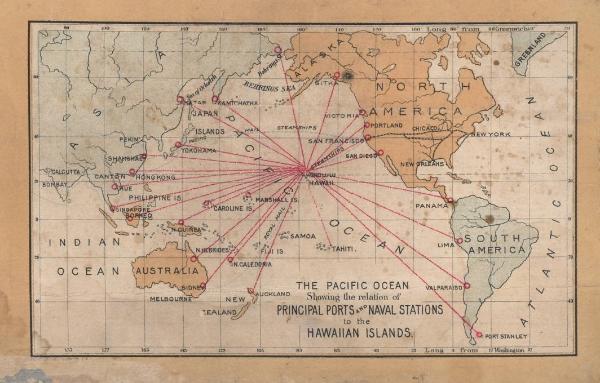 The English Department at Chaminade University of Honolulu is honoured to host the International Association for the Study of Scottish Literatures Conference, 28-30 June 2019. The conference, titled "Scotland and the South Seas: Writing the Wide Pacific ", takes its inspiration from Robert Louis Stevenson’s travels and writing in and about the Pacific. From Aotearoa to Alaska, Scotland to Samoa, and all points in between, this conference will focus on how Scottish and Pacific literary works were inspired and influenced by cultural exchanges between Scotland and Polynesia.

Michelle Keown articulates some of the links, both real and imagined, between Indigenous writers in the Pacific and Scotland, which date back to the mid-nineteenth century. The conference committee therefore welcomes proposals for papers that explore such areas of cultural exchange, or significant figures in Polynesia, who inspired, or were inspired by Scottish associations. We similarly invite papers exploring Scottish writing in or about the Pacific.

The conference will begin on Friday morning 28 June and finish on Sunday 30 June. We encourage participants to arrive earlier or leave later than the conference to explore Hawaii. Most of your afternoons will be clear to enjoy Waikiki and Honolulu.

Please send abstracts of 300 words or less, to both Dr. Richard Hill at richard.hill@chaminade.edu, and Dr. Allison Paynter at Allison.paynter@chaminade.edu by 31st August 2018.