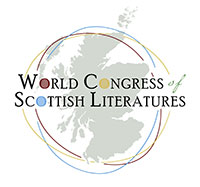 From 2-5 July 2014, the University of Glasgow hosted the first World Congress of Scottish Literatures in the College of Arts, with the involvement of the Association for Scottish Literary Studies and other bodies.

Opening of the Congress

The conference was held during an exciting month in Glasgow, with the Commonwealth Games and the major Georgian Glasgow exhibition both taking place in July 2014. We worked closely with our colleagues in the city and its galleries and museums to make this a truly unique experience for our delegates. Colleagues in Ireland, Italy, Switzerland, New Zealand, the Czech Republic, North America, the UK and Australia have already agreed to organize panels, and the congress steering group, together with a wider internationally based committee, are planning regular updates to interested colleagues.

Proposals were invited for papers on any aspect of Scottish Literature (in English, Scots, Gaelic or Latin), Culture, Drama or Film.

For a look at the final timetable, please click the following link: Timetable

To facilitate the global reach of the Congress and the International Association for the Study of Scottish Literatures, partnerships have been set up with institutions around the world which are deeply engaged in researching and teaching Scottish Studies:

The World Congress of Scottish Literatures will feature research supported by the following funding bodies:

Images from the World Congress of Scottish Literatures

From 2-5 July 2014, the University of Glasgow hosted the first World Congress of Scottish Literatures in the College of Arts, with the involvement of the Association for Scottish Literary Studies and other bodies.

Below is a selection of images from the event.

Professor Pittock at the opening of the WCSL.

James Robertson gives the opening plenary: Shall There be a Scottish Literature?

Kirsteen McCue and Gilbert MacMillan at the musical event on the opening day of thw WCSL.

David Hamilton providing the music for the event.

The three performers of Scots and Gaelic music.