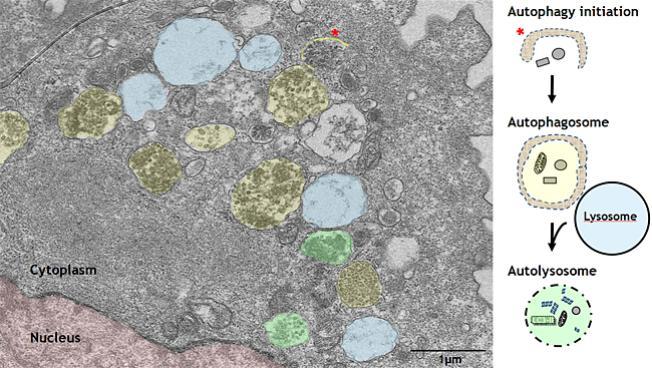 Chronic Myeloid Leukaemia (CML): Haemopoietic stem cells (HSCs) life in the bone marrow and give rise to all the different cell types that constitute the blood. CML is caused by generation of an atypical chromosome in HSCs leading to production of the abnormal protein Bcr-Abl. Bcr-Abl drives development and progression of CML by inducing uncontrolled growth and survival of the cancer cells. Bcr-Abl positive CML stem cells are the reservoir of cancer cells and therefore need to be eradicated following drug treatment in order to cure patients. Patients who develop CML are currently treated with drugs called tyrosine kinase inhibitors (TKIs), which bind to and inhibit the function of Bcr-Abl. TKI treatment has significantly improved life expectancy of CML patients and still represents the most successful example of targeted therapy in human cancer. However, we have recently shown that CML stem cells can survive TKI treatment indicating that TKI mono-therapy will not lead to cure. Combination therapy is therefore required to cure CML patients, who currently need to take TKI indefinitely with risk of side effects, loss of effect of the drug, and disease recurrence and at great cost (£20-40,000 per year). 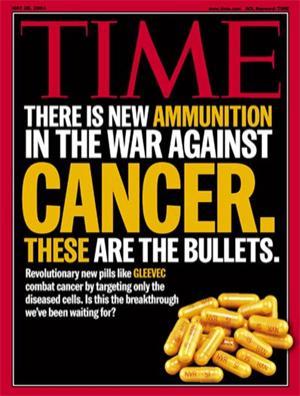 CML is a disease with a wonderful story to tell; the Philadelphia chromosome was described in 1960 and later molecular analysis revealed the identity of the Bcr-Abl fusion gene responsible for the constitutive production of a protein with tyrosine kinase activity. In the late 1990s Imatinib (Gleevec), a TKI with activity against the Bcr-Abl protein, was identified by the pharmaceutical company Novartis. The first clinical trial of Imatinib took place in 1998 and an expectation that cure was imminent was not unreasonable (Imatinib made it the cover of TIME magazine in 2001 as a "bullet" to be used against cancer). However, although Imatinib proved to be superior to previous forms of treatment as first-line therapy in patients with CML, with the passage of time, problems have emerged with disease persistence and drug resistance, telling us that further investment in trying to understand the biological reasons for these problems is necessary.

Autophagy therapeutics: In collaboration with Bruno Calabretta and Paolo Salomoni we have shown that “autophagy”, a survival process that can protect cancer cells following drug treatment, is induced following TKI treatment. Importantly, TKI treatment combined with the non-specific autophagy inhibitor Chloroquine leads to near complete elimination of CML stem cells. Currently we are testing this combination in patients in the phase II clinical trial CHOICES; CHlorOquine and Imatinib Combination to Eliminate Stem cells. (ClinicalTrials.gov identifier: NCT01227135. Principal Investigator: Tessa L. Holyoake). However, recent data suggest that drug concentrations achievable in some patients may not lead to high enough levels of autophagy inhibition to kill cancer cells in vivo. Therefore, we aim to test more potent and specific autophagy inhibitors for use in future clinical trials. We hope that this will give us information about the best way to effectively inhibit autophagy and enable curative approaches to be employed for CML patients in the near future. This will also have broader application to other stem cell driven cancers and have direct relevance to solid tumours where autophagy inhibition has been shown to improve therapy.

In the CHOICES (CHlOroquine and Imatinib Combination to Eliminate Stem cells) clinical trial, CML patients who have achieved MCR (Major Cytogenetic Response), but still have persistence disease, are randomised into Imatinib vs. Imatinib   HCQ arm.  The trial is on-going and is the only trial that has been initiated in the UK where autophagy inhibition is being tested.

TKI Resistance: TKI resistance remains another clinical challenge in CML. The mechanisms of TKI resistance have been extensively investigated and can be classified into BCR-ABL dependent and independent. Although ponatinib, a third generation TKI, improves outcomes for patients with BCR-ABL dependent mechanisms of resistance, including the T315I mutation, a proportion of patients may develop BCR-ABL independent resistance and fail ponatinib treatment. Thus, to minimize the risk of relapsed and/or refractory disease, identification of alternative druggable targets for TKI and ponatinib-resistant patients is critical. We have recently developed ponatinib-resistant cell lines that acquired BCR-ABL independent resistance and are therefore resistant to all TKIs. We have identified alternative activation of signalling pathways that provide survival following BCR-ABL inhibition providing a rationale for testing the effect of specific inhibitors against these pathways on the survival of TKI-resistant cells and primary cells from TKI-resistant patients.

Acquired resistance to TKI treatment is often caused by mutation within BCR-ABL, affecting TKI binding within the kinase pocket. However, TKI resistance also occurs without detection of a BCR-ABL kinase mutation, indicating that a population of patients acquire BCR-ABL independent mechanisms of resistance. For this group of patients the treatment options are very limited, risk of disease progression high and expected survival short. Therefore, development of novel treatment options for heavily pre-treated TKI-resistant CML patients is necessary.