John is a member of the Macroeconomics research cluster.

The Productivity Institute (2021-2026, Co-Investigator, Academic lead of the Insti-tute for Scotland), Economic and Social Research Council (ESRC), £32,000,000.The Institute's funding is the largest single investment ever awarded by the ESRCinto social sciences.

Leverhulme trust research grant (2014-2017, principal investigator): ''where is the news in business cycles: a new approach with novel methodologies'' £ 120,000.

British academy research grant (2015-2017): ''the interaction between investment and inventories in the uk and european economies: new evidence and lessons from the financial crisis'' £ 10,000.

British academy research grant (2011-2013): ''on the dynamics of investment and the sources of business cycles in multisector macroeconomic models'' £ 3,750. 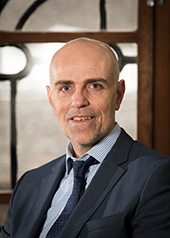