The link between population health and health inequality 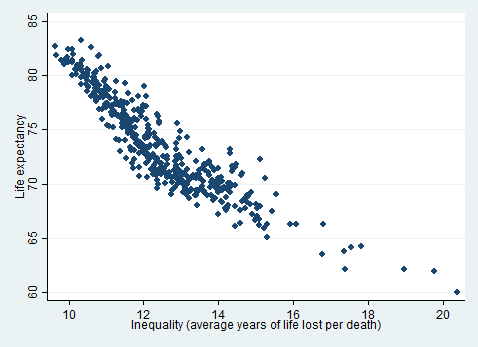 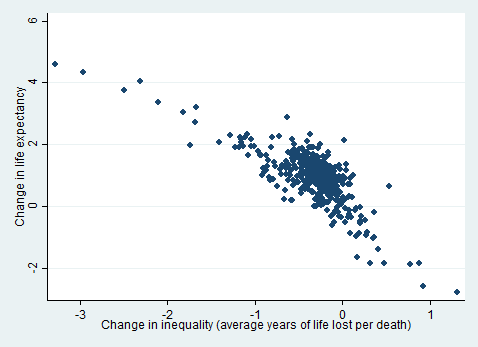 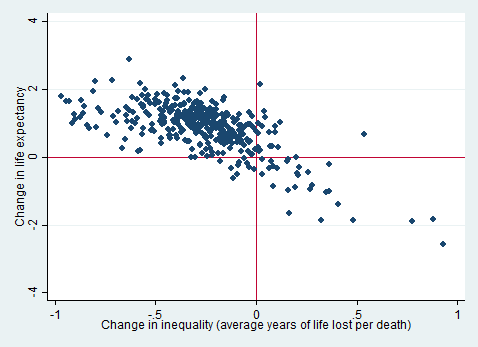 Demographers have shown the connection between life expectancy and its variance a number of times before, see here for an example. There has been less focus on how change in one is associated with change in the other. But the point of this post is not to present new results. Rather, that there is a possible connection is important to highlight. It means that reducing inequality may be a good way to improve life expectancy and vice versa.

My data source is the Human Mortality Database. It covers higher income countries. You have to register but the data is free. I have put the code used to construct the figures in this Stata file so you can replicate my work. Please tell me about any mistakes.