NEW: upcoming multimedia events and exhibitions for the Being Human Festival: see links under '2020 Events'.

The EDI Lab brings together a community of staff and students interested in questions of equality, diversity and inclusion in the Arts and Humanities and beyond. The Lab is intended as a site for collaboration and conversation - bringing together those interested in sharing their research, teaching and learning practices, and lived experience as they relate to pressing issues of equity, access and social justice (that are often grouped under the heading of EDI).

We recognise both the language and labour of EDI work as a site of continued contestation and seek to reflect upon and interrogate existing practices and policies as part of the remit of the Lab. We wish to offer a forum for different University groups and organisations (e.g. E&D Unit; SRC) to come together to share experiences and examples of best practice and to join the dots between the work and conversations taking place in different parts of the University. Our approach acknowledges the ways in which EDI issues are integrated across research, teaching and learning, student experience and are integral to the agendas of public engagement, knowledge exchange and impact. We will seek to look beyond the academy for ways in which to collaborate on EDI issues with cultural and creative industries, communities and organisations across Glasgow, Scotland and internationally.

Based within the College of Arts we are particularly interested in exploring interdisciplinary and intersectional approaches to find ways in which questions of EDI connect our objects and methods of study and are a necessary challenge for all of us.

The Co-Directors of the EDI Lab are involved in organising several events at the upcoming Being Human Festival:

Please also see our "Women in African Cinema" podcast links: video versions are linked in the block below right, or audio versions are at:
https://www.africa-in-motion.org.uk/podcasts/women-in-african-cinema/

Travel on Film / Films on travel

Film and Television Studies at the University of Glasgow present aspects of their research related to travel and mobility as represented on screen. Newsreels, clips and short films will play on a loop in the small Victorian cinema in Riverside Museum, covering different perspectives on travel. At 8pm in the café upstairs we will screen the short documentary The Boy on the Bicycle (dir. Stefanie Buonajuti, 28m), in which Ahmed, a 16-year-old Syrian boy, takes us on a bicycle tour through one of the biggest refugee camps in the world, Zaatari in Jordan. The screening will be followed by a panel discussion in which we will address some of the issues represented in the newsreels and short films. We will think about the development of rail and other forms of travel in Britain; the role of travel and exploration in colonialism and the building of the British Empire; women and public transport; disability and mobility; and the politics of travel and migration in the contemporary era, including the plight of asylum seekers and refugees. We will discuss the question: Who gets to travel and who stays at home, and how have these journeys been represented on screen?

In collaboration with EDI Lab, Explorathon, Film and Television Studies at the University of Glasgow, and the Africa in Motion Film Festival.

Event by the "Equality, Diversity and Inclusivity" theme

Description: Planning meeting for staff and postgraduate students, with the aim of establishing an Arts Lab-supported "Lab". The discussion will address these topics: 1. what we mean by EDI and intersectionality; 2. the Lab's structure and objectives; and 3. people's potential contributions from across the College.

Event by the "Decolonising the Curriculum" Theme

Description: This one-day symposium and workshop will draw on recent debates focused on decolonising the academy, such as #WhyIsMyCurriculumWhite and #RhodesMustFall, to offer a platform for proactively critiquing Eurocentric teaching and research methodologies within the arts and humanities and establishing strategies for decolonised teaching and research.

Event: Sex, Gender and Power in a Post-Weinstein World

In collaboration with Screen Seminars at Glasgow.

This one day workshop for academics, policymakers and cultural practitioners takes the form of two roundtables focusing on 'Curation and the Archive' and 'Performance and Production' to discuss key challenges relating to the above theme. How do the Scottish cultural industries seek to emphasise/limit issues of diversity and inclusivity? Can we identify examples of best practice and shared challenges? What impact do these have on the overall cultural environment in Scotland?

In collaboration with Arts Lab and Film and Television Studies at the University of Glasgow.

In cult film Get Out (Jordan Peel 2017), African-American photographer Chris (Daniel Kaluuya) heads for a weekend in the country with his white girlfriend Rose (Allison Williams) to meet her parents for the first time. What follows is a series of increasingly disturbing discoveries that reveal the horror of casual racism in liberal society. This screening is accompanied by a panel discussion with Melanie Hoyes, UK Filmography Researcher at the British Film Institute, and researchers in Film and Television Studies at the University of Glasgow.

Podcast series based on the book Women in African Cinema: Beyond the Body Politic (Routledge, 2019)
by Lizelle Bisschoff and Stefanie Van de Peer. Launched May 2020. 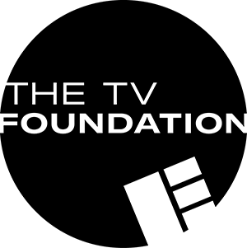 Podcast series based on the book Women in African Cinema: Beyond the Body Politic (Routledge, 2019)
by Lizelle Bisschoff and Stefanie Van de Peer. Launched May 2020.