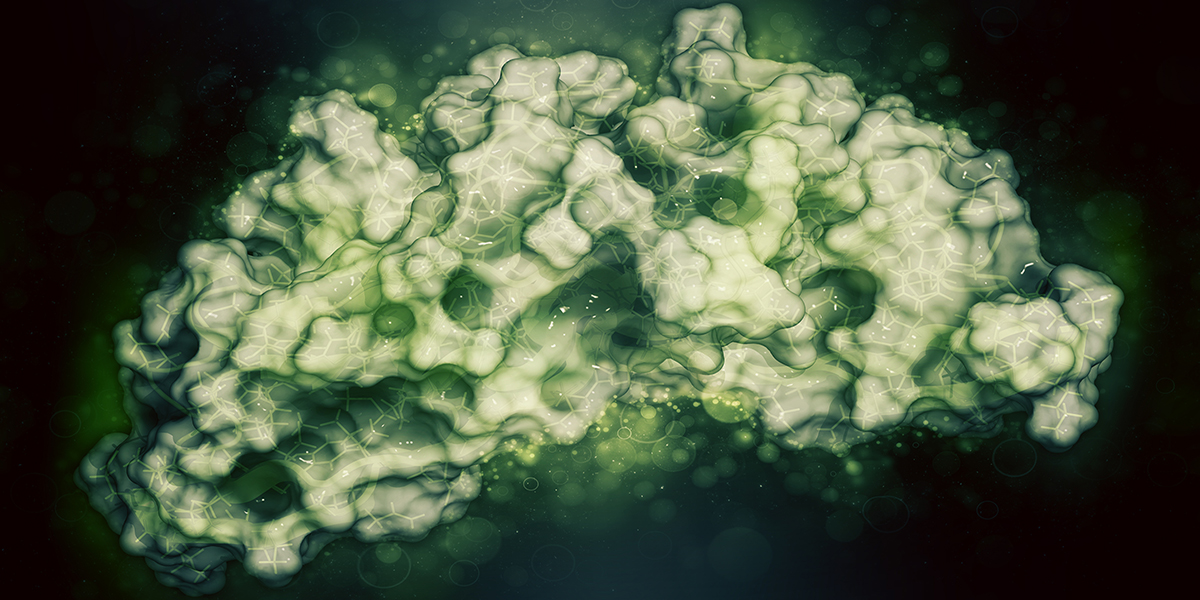 Researchers at Glasgow have developed a revolutionary new technique to aid bone regeneration. This means there could soon be groundbreaking new treatments available for patients requiring replacement bone.

Our team of biomedical engineers from the Centre for the Cellular Microenvironment have discovered that a cheap commercially produced polymer helps to stimulate molecules that aid bone growth. These naturally occurring molecules are known as "growth factors". Growth factors are produced by cells to tell other cells nearby what to do, and they play an important role in the development of bone and cartilage.

Clinicians have traditionally used a growth factor called bone morphogenetic protein 2, or BMP-2, to stimulate bone regrowth in patients. However, the current delivery method of BMP-2 has big drawbacks. The human body tends to pass BMP-2 quickly through its system, which means high doses in liquid form are required to ensure it is effective. But this can lead to damaging side-effects including neurological impairment or even tumours.

To overcome this, our researchers have developed a new delivery mechanism which allows growth factors to be effective at doses around 300 times lower than currently being used. They have achieved this by using a unique property of the polymer poly(ethyl acrylate).

This is a cheap and otherwise unremarkable polymer, but it mimics the way growth factors are naturally used in the body."

By applying nanometre-thick coatings of this polymer onto implant materials, researchers can deliver BMP-2 in a format that cells are more used to interacting with. The implants can then be applied locally to damaged bone to aid its regeneration.

As a result, the treatment is far more biologically active than when applied in liquid form, so much smaller doses of BMP-2 are required, meaning that harmful side-effects will be greatly reduced.

The project is being led by Professor Manuel Salmeron-Sanchez, the University's Chair of Biomedical Engineering. "This technique opens up the possibility of making growth factor treatments much more effective and much more affordable," he says. "By coating materials such as hip implants, bone grafts or spinal cages in a thin layer of this polymer, we can encourage bone regeneration targeted on the areas where they’re required. Bone is the second-most commonly grafted material in medicine after blood, which means there are many potential applications for this process. For example, people who have suffered injuries in car accidents, or lost significant areas of bone during cancer treatments, could well be treated more effectively using these techniques." 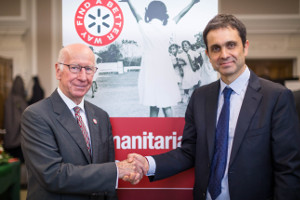 Next steps: helping the survivors of landmines

This innovative research has attracted £2.8m in funding from Find a Better Way, a charity supporting landmine survivors set up by Sir Bobby Charlton. The survivors of landmine blasts would hugely benefit from this new bone regeneration technology.

There is a constant demand for reconstructive blast injury surgery as unexploded landmines are still prevalent in many countries where armed conflict ceased decades ago. The survivors are often children who are left maimed by the blast. At the moment, the amount of reconstruction possible is limited by the amount of bone that can be saved from the injury. But with these new technological advances, the prospects for reconstructive surgery for blast survivors will be radically improved.

"We have been developing various types of bone-related technology at the University of Glasgow for the previous five years," says Professor Salmeron-Sanchez. "Thanks to the support of Find a Better Way we can improve and combine these technologies for use in extreme situations where a significant amount of bone is needed urgently. With our interdisciplinary team of bioengineers, biologists and surgeons and the financial support of Find a Better Way, we expect efficient progress towards the generation of bone, and we look forward to landmine blast survivors of the future having an improved quality of life."

With this funding, the team began the next stage of the project in January 2017.

Initially, they are using a 3D printer to create bone scaffolds. These scaffolds are then coated with the nanolayers of BMP-2 as well as stem cells. They are then placed into a specially designed machine known as a Nanokick, invented by Professor Matt Dalby, which shakes the bone scaffold 15 nanometers, 1,000 times per second. This encourages the stem cells and growth factor to interact and start growing bone tissue on the scaffold at an accelerated rate.

When completed, it will be possible to create bespoke bone pieces to fit the needs of individual patients within three to four days. Once implanted in the body, the bone tissue will continue to grow, replacing the scaffold which gradually dissolves leaving only new bone behind.

Parallel to this, the Glasgow team are also developing small blocks of 'off-the-shelf" synthetic bone that can be shipped to anywhere in the world for a local surgeon to cut and shape to a patient’s requirements.

This product will be created using the same process, but using shapes and sizes that are likely to fit common landmine injury needs. Packaging is also being designed that will keep the bone tissue usable for two to three weeks depending on local conditions.

Although the project will initially concentrate on smaller pieces of bone, theoretically there is no limit to how much synthetic bone can be grafted into a blast injury survivor. The new technology has the potential to greatly extend the available options for blast injury surgeons, making it easier to reconstruct limbs, repair skull injuries and more.

Lou McGrath, CEO of Find a Better Way, emphasises the importance of this research. "It is hard to overestimate what an important breakthrough this could be for landmine blast survivors," he says. "Advances in reconstructive surgical techniques now encourage trauma surgeons to retain as much of a limb as possible instead of quickly amputating above the knee. In many cases, the amount of bone that can be recovered is a limiting factor in how much of a leg or arm can be salvaged. With the developments from this project, we could reach a situation where it is only the limitations of surgical techniques, not the amount of viable tissue remaining, that determines the outcome."

It is estimated that the first human trial for this project will take place within the next five years.