Sonopill: An ingestible capsule for diagnostics and treatment within the gut 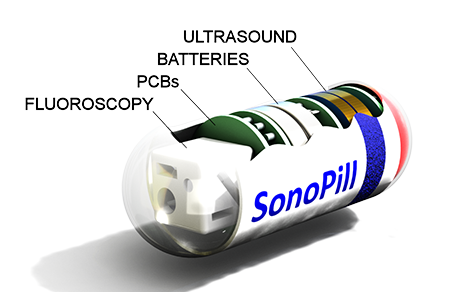 A team of scientists, led by engineers from Glasgow, are developing a capsule that can travel through the gut to diagnose and treat diseases such as cancer and ulcerative colitis.

Measuring just 3cm by 1cm, the device employs a number of sensing modes to detect abnormalities in the small and large intestines. It has the potential to offer greater accuracy, earlier diagnosis and more patient convenience than current endoscopic techniques.

Funded by a five-year EPSRC programme grant, the research, known as Sonopill, is led by Sandy Cochran, Professor of Ultrasound Materials and Systems in Glasgow's School of Engineering. Now into its final year, the project has required the distinctive talents of a broad group of researchers across four institutions, Glasgow, Leeds, Dundee and Herriot Watt. 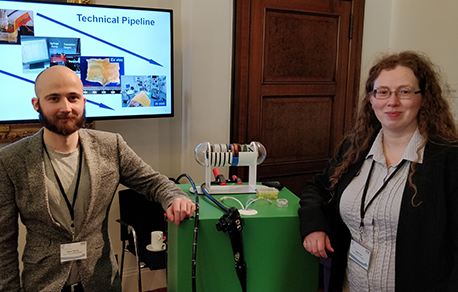 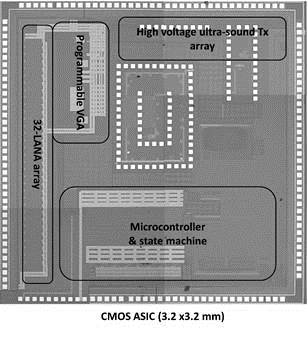 The technical challenges to develop a tiny capsule that can perform ultrasound imaging, collect and communicate data, power itself and undertake precise movements within the bowel are both numerous and immense. Not only this, but the scientists involved in this research ultimately want to produce a clinical device that has a positive impact on healthcare outcomes -  overcoming problems with current devices and techniques.

This is why the Sonopill research team numbers physicians and biologists as well as engineers, because there are many diagnostic techniques available but only limited space and power. So the key design concern is to utilise the tiny space and limited power to detect things in the gut that matter to the patient and physician, that can improve early detection and offer better treatment outcomes with less extreme treatment.

"Our research is working absolutely at the cutting edge of engineering, which means you have to collaborate because you just can't do it yourself. Single universities nowhere can do it, you have to be working with the best people," says Professor Cochran.

Some of the focus areas for Glasgow have been on the microelectronics in the device, designing the integrated circuitry and developing the microultrasound systems that will create the images of features within the gut, communicate this information, and enable its viewing and storage as data.

Glasgow is also home to the James Watt Nanofabrication Centre, which has the nano- and microfabrication capabilities to manufacture powerful and highly sophisticated componentry for use within a pill-sized package.

"The engineering here at Glasgow is very strong. The designers of the application-specific integrated circuits, ASICs, are here. This is one of the key structural elements without which the Sonopill would be impossible. ASICs allow far more highly customised electronic functionality to be packed into a far smaller volume than any other approach." says Professor Cochran. "We're just touching the surface of what the James Watt Nanofabrication Centre can do. It's a big thing for us that it's here in Glasgow." 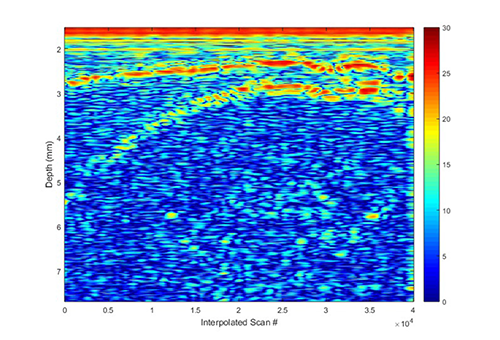 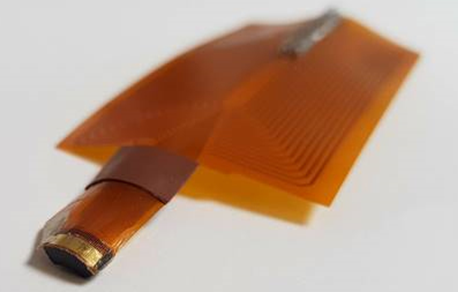 The diagnostic potential of ultrasound

While it examines the potential combinations of many imaging modes, a core aim of Sonopill is to integrate the capabilities of microultrasound into a capsule to benefit from its unique imaging and treatment capabilities.

Work in Dundee has shown that microultrasound can detect early precancerous changes to the tissue within the intestinal tract. These changes can be detected even within the structure of the intestines, beyond the capabilities of conventional endoscopy with visible imaging. This offers great potential for identifying and treating tiny malformations in tissue structure before they develop further.

These results can be enhanced when combined with fluorescence imaging and optical imaging.

One of the most important functions of a device such as Sonopill is to contribute to the transformation to data-led medicine and medical research. A device such as this is vital to better understand the gut, both in its healthy state and in all the possible ways of damage and disorder.

By collecting large amounts of imaging data on every possible state of the gut, medical researchers can gain a greater understanding of the early changes in the physiology of the gut and which of these lead to the life-threatening or life-limiting advanced conditions.

This, in turn, feeds into a cycle of improvement for the device itself, as the biological and medical findings help engineers to further refine the device to create even more powerful sensing, homing in on the early malformations that the biologists and physicians have flagged up as significant.

This leads into another possibility for Sonopill, as a device for direct treatment. Catching changes earlier means treatment can be less drastic, to the point where even a device as diminutive as Sonopill may be able to deliver treatment.

The Sonopill team is investigating the potential to use ultrasound for targeted drug delivery.

"There is a whole hinterland of targeted drug delivery with ultrasound, but it's taking a long time. The capsule may be something where it actually takes off because it's difficult to see alternatives that work in the gut," says Professor Cochran.

Ultrasound can stimulate tissue to allow drugs to be absorbed by affected areas more effectively and accurately. This could have significant advantage in parts of the body, such as the gastrointestinal tract, which are layered with mucus that can influence the effectiveness of a treatment. Focused ultrasound generates precisely calibrated effects which can penetrate these layers.

But the vision of a capsule that integrates capabilities to image the gut, analyse and diagnose diseased tissue, apply fluorescent markings to target areas, collect and communicate data, as well as apply treatments is perhaps unnecessarily arduous as an engineering challenge. All these modes need power, they need to be integrated, the device needs accurate movement to deploy these functions effectively, and most of all, all this technology needs to fit into the space of a tiny capsule.

Even in isolation, many of these requirements are testing the limits of microengineering for circuits, power, robotics and ultrasound transducers. Taken collectively, the challenge is vast.

Part of designing a multimodal capsule is understanding how the capabilities available are best applied therapeutically. The ultimate vision is likely to be a suite of complementary capsules that split up and share some of the functions such as diagnosis and treatment.

Professor Cochran explains a long-term vision for how this might be applied:

"You swallow the first capsule; it's the diagnostic one. It travels through your gut, it finds inflammation associated with Crohn's disease. Then it potentially marks that inflammation with fluorescent markers. Then you swallow another capsule that can detect the markers. It isn’t smart enough to do the full diagnosis but it can detect the markings and apply a drug there with the help of ultrasound. Then you swallow another one that checks the treatment has been effective."

"This sounded fanciful to me when the programme started. Now it feels like we're in the vanguard of something that's going to happen."