Revisiting the isotope composition of neon in air

Precise determination of the isotope composition of neon in meteorites and terrestrial rocks has proved invaluable for identifying primordial components of the early solar system, tracking how and from what the Earth formed, when mineral deposits were generated and how slowly the Earth’s surface is being modified.

The mass spectrometers that we use to determine Ne isotope ratios are calibrated using neon derived from air. Consequently, precise and accurate determinations of air-Ne underpins all we do. There remains little consensus on 21Ne/20Ne ratio of air, a fact that is exacerbated by the difficulty in determining the abundance of 20NeH+ ions in our mass spectrometers that appear in place of 21Ne+, and ultimately affect 21Ne/20Ne measurements. 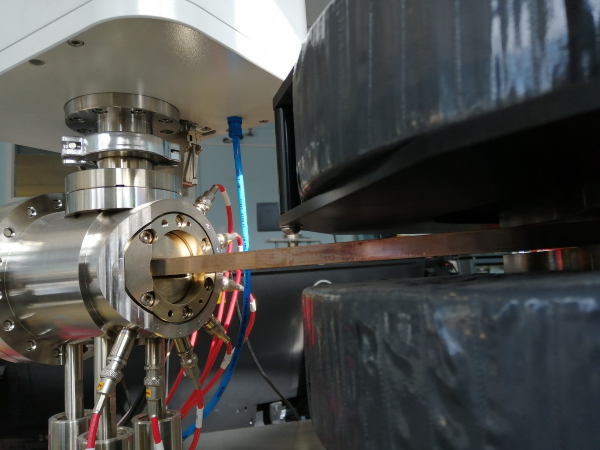 In a new paper* Dr Domokos Györe et al. at SUERC has used a state-of-the-art ThermoFisher ARGUS-VI to quantify 20NeH+ abundance, determine what controls its formation in mass spectrometers and the extent that it affects Ne isotope measurements.

They have used these new constraints to re-determine the Ne isotope composition of air, the primary international standard. Interestingly the new value of air 21Ne/20Ne overlaps the canonical value determined by Eberhardt et al. in 1967 but has a significantly smaller uncertainty.

On its own this will produce a 3-fold improvement in the precision of (U+Th)/21Ne ages and cosmogenic 21Ne exposure ages. More generally, however, the ability to correct for isobaric interference of NeH+ will lead to more accurate Ne isotope determinations and allow them to be exploited to fingerprint the main terrestrial reservoirs and constrain the evolution of Earth’s volatiles.

*The article is published in Geochimica et Cosmochimica Acta.