There's gold in them thar hills 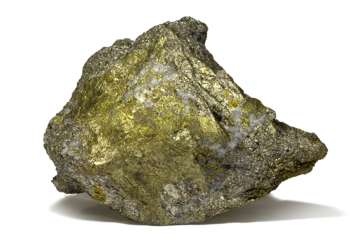 Gold mineralization in Northern Ireland was emplaced during the Grampian event of the Caledonian orogeny.

The Caledonian orogenic belt of northern Britain hosts some significant quartz vein-hosted gold deposits. However, as in orogenic belts worldwide, the relationship between gold mineralization and regional tectonics, magmatism, and metamorphism is a matter of debate. This is primarily due to the absence of precise temporal constraints for the mineralization.

In an attempt to address these issues, Dr Darren Mark (SUERC) and Dr Clive Rice (University of Aberdeen) have been leading a project looking at gold mineralization throughout Scotland (Rhynie, Connonish, Glen Orchy) and Northern Ireland (Curraghinalt, Cavanacaw). In the January 2016 volume of Economic Geology they report high-precision 40Ar/39Ar and Re-Os ages for the largest known gold deposit at Curraghinalt (2.7 Moz) in Northern Ireland and use these ages to constrain the regional geologic setting of the gold mineralization and establish a genetic model.

The gold resource is contained in a suite of quartz sulfide veins hosted by Neoproterozoic (Dalradian) metasediments, which have been thrust over an Ordovician island arc (Tyrone Igneous Complex). Previous studies recognized two generations of gold sulfide mineralization and we have identified a third in microshears that cut the veins. In the absence of precise geochronological data, mineralization ages from Ordovician to Carboniferous have been proposed.

Data show that the gold mineralization was emplaced during the Grampian event of the Caledonian orogeny. The ca. 10 Ma maximum possible mineralization interval (462.7–452.8 Ma) for all three episodes of gold emplacement is postpeak metamorphism and main deformation, coinciding with a period of rapid uplift and extensional tectonics following orogenic collapse. While previous studies have suggested the involvement of magmatic fluids in the deposition of the primary gold resource, the absence of magmatism throughout most of the mineralization interval and the nature of the geologic setting suggest that crustal orogenic fluids should also be considered.

Overall Curraghinalt displays most of the characteristics of orogenic gold deposits but also some important differences, which may be explained by the geologic setting. The timing of mineralization at Curraghinalt broadly coincides with the shift from compressional to extensional tectonics. The extensional regime, rapid uplift, and a crustal profile comprising metasediments overlying a still hot island arc were ideal for creating large and long-lasting hydrothermal systems deriving heat, metals, and some of the fluids from the underlying arc.

The study is a key step in unraveling the regional geologic setting of the gold mineralization throughout the Caledonides and working to establish a genetic model.