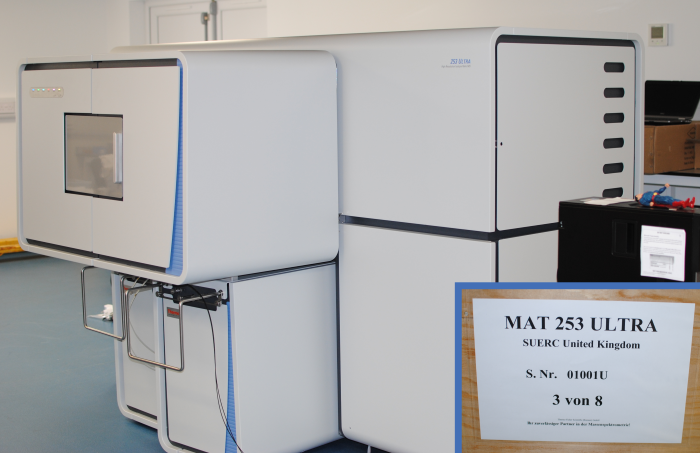 SUERC has taken delivery of the first ever 2nd generation Thermo Scientific 253 Ultra isotope ratio mass spectrometer.  The Ultra is a high resolution mass spectrometer designed to measure “clumped isotopes” or the tendency of rare isotopes of elements like carbon, hydrogen and oxygen to group into molecules like carbon dioxide and methane.  Clumping reflects formation temperature of the molecules and has already been used by scientists elsewhere to decipher the body temperature of dinosaurs, the formation temperature of hydrocarbons and the origin of fluids associated with major earthquakes.  A new era of isotope studies is emerging and SUERC is in the vanguard.