Since the UN Guiding Principles on Business and Human Rights (UNGPs) were adopted by the UN Human Rights Council in 2011, they have diffused into policy frameworks, laws, and regulations across the globe and have become the lynchpin of the transnational business and human rights regime (BHRR). In a Special Issue of the Human Rights Review, we brought together a multidisciplinary group of human rights experts to critically examine the construction and effectiveness of key elements of that regime, including due diligence laws, National Human Rights Institutions and National Action Plans, as well as of proposals for a binding international treaty. Based on these analyses, we argue that the BHRR’s effectiveness is inhibited by three major constraints: the weak conception of corporate human rights accountability in the UNGPs; the insufficient regard to the perspective of victims of corporate human rights abuse; and the structural gaps and misalignments in the BHRR’s governance architecture.

The UN Guiding Principles and the Business and Human Rights Regime

Developed by the Special Representative of the UN Secretary-General (SRSG), the late John Ruggie, the UN Guiding Principles have over the past eleven years evolved as the focal point of a transnational regime complex for the regulation of business and human rights. The UNGPs were aimed at tackling and preventing business-related human rights abuses through a new regulatory framework based on three pillars: the state duty to protect against human rights abuse, including by third parties such as business corporations; the corporate responsibility to respect human rights; and the provision of access to effective remedies for victims of business-related human rights abuse. Despite persistent critique of their form and substance by many scholars and civil society actors, their endorsement by the UN Human Rights Council and other organisations has triggered a remarkable process of global norm diffusion, and it has encouraged the development of national systems for the regulation of corporate human rights conduct through instruments such as National Action Plans, National Contact Points, National Human Rights Institutions, as well as through the introduction of mandatory due diligence laws. Leading human rights scholars from political science, law, accounting, and philosophy have examined the construction and effectiveness of this business and human rights regime in a new Special Issue of the Human Rights Review on “Business and Human Rights Regulation After the UN Guiding Principles”. Their critical analyses suggest that the potential of the BHRR’s norms, actors, and instruments to bring about substantive and sustainable human rights change in the corporate sector is severely limited by three structural constraints:

The UNGPs rest on a weak and defensive conception of corporate human rights accountability as a social expectation of do-no-harm without proposing new binding obligations or sanctions for business. They define corporate human rights accountability as the responsibility to respect human rights, requiring business firms to “avoid infringing on the human rights of others” and to carry out “due diligence”, which means “to identify, prevent, mitigate and account for how they address their adverse human rights impacts.” (UNGPs 11 and 17) This confined definition was the deliberate outcome of a strategic process of international norm construction by Ruggie, as the contributions by Brigitte Hamm and by Benjamin Gregg demonstrate. Through a worldwide consultation process, Ruggie sought to establish the broadest possible consensus among stakeholders, especially from governments and the business community, in order to create a realistic prospect of support and implementation of the new framework by key actors on the ground. While he succeeded in establishing the UNGPs as the BHRR’s normative lynchpin, the diffusion of their norms and standards meant that subsequent regulatory instruments rarely went beyond the UNGPs’ limited do-no-harm approach.

(2) Insufficient regard to victims and vulnerable groups

The contributions to the Special Issue reveal a recurring pattern in the construction of the BHRR’s norms and instruments: victims’ groups and people at heightened risk of rights abuse are often not adequately represented in consultations and negotiation processes, as business interests often tend to be prioritised over the interests of those groups. For instance, the consultation process leading to the UNGPs did not involve visits of places where corporate human rights abuses had occurred and, hence, no encounters with people directly affected. Civil society organisations and victims’ groups also find it difficult to make their voices heard in the negotiations for an international business and human rights treaty because, in order to get access to the meetings of the UN Working Group in Geneva, NGOs have to acquire a consultative status with the UN Economic and Social Council through a selective accreditation process. The systematic study of the construction of National Action Plans for business and human rights by Claire Methven O’Brien, John Ferguson and Marisa McVey shows that most NAPs have not been based on stakeholder mapping exercises to identify relevant constituencies, and only a minority of states has taken steps to get particularly vulnerable groups involved in NAP development. The prioritisation of business interests over those of potential victims of corporate human rights abuses became visible also in the drafting process of the French Duty of Vigilance Law when the initial proposal to shift the burden of proof from victims to companies was abandoned before the passing of the bill – a change that created a considerable barrier to the law’s effective enforcement, according to Almut Schilling-Vacaflor.

(3) Structural gaps and misalignments in the BHRR’s governance architecture

The articles in the Special Issue also highlight significant implementation gaps and misalignments in the BHRR’s governance architecture regarding the envisaged functions vs. actual competences and capabilities of specific actors and instruments. René Wolfsteller demonstrates that most National Human Rights Institutions are currently unable to fulfill the role of state-based, non-judicial grievance mechanisms as originally envisaged by the UNGPs because the key international steering instrument for NHRIs’ design and functions – the Paris Principles – does not prescribe strong complaints handling powers against corporate actors; hence, most NHRIs are lacking this competence. Moreover, National Action Plans on business and human rights are often characterised by misalignments between their general aims and a lack of specific indicators and measurable targets, as well as by structural gaps in the capacity of states to effectively monitor and evaluate NAP implementation. And although the French Duty of Vigilance Law was the first comprehensive national due diligence regulation rendering companies and their subsidiaries liable for human rights abuses and environmental damages in transnational supply chains, the law suffers from a lack of state commitment to monitor its implementation and to sanction corporations’ non-compliance.

All of these intended and unintended gaps and limitations inhibit the BHRR’s potential to bring about effective human rights change in the corporate sector as they allow business actors to evade accountability through strategic ignorance, selective engagement or minimal compliance, as Alvise Favotto and Kelly Kollman show in their case study of the largest UK-based TNCs. However, recent proposals for a European Directive on Corporate Sustainability Due Diligence, as well as for an international business and human rights treaty, have restored hope for more stringent and coherent transnational regulations. Largely resembling the “progressive model” of corporate human rights accountability proposed by Nadia Bernaz, the latest treaty draft would – if adopted – not only establish a more ambitious benchmark. It would also present a crucial step toward the creation of a level playing field for a global economy more human rights friendly.

“Business and Human Rights Regulation After the UN Guiding Principles”

Beyond Due Diligence: The Human Rights Corporation

Putting the French Duty of Vigilance Law in Context: Towards Corporate Accountability for Human Rights Violations in the Global South?

The Unrealized Potential of National Human Rights Institutions in Business and Human Rights Regulation: Conditions for Effective Engagement and Proposal for Reform 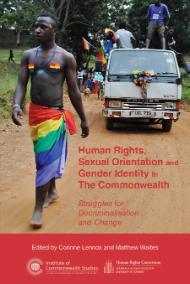