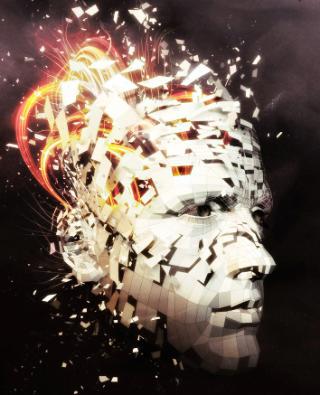 The John Templeton Foundation through the Durham Emergence Project

Emergence, or dependent novelty, is a way of characterising relationships between complex entities and their parts, relationships between the sciences, and the place of the mind in the physical world. The aim of the project is to build on recent scientific and philosophical research to advance understanding of the possibility and plausibility of strong emergence. More specifically, the aim of the Glasgow Emergence Project is to examine two putatively problematic features of strongly emergent phenomena and how they are related: their novel nature and their capacity for ‘downward causation’.

The literature on strong emergence (henceforth simply emergence) has not yet reached consensus about how to characterise the notion. Nevertheless, there is broad agreement that (i) emergent entities depend on the base entities where this dependence cannot be explained, or deductively inferred, from the facts that are true of entities at that base level, and (ii) emergent features are genuinely novel. These constraints do not uniquely pin down a referent for ‘emergence’. Any relation that satisfies them can be said to play the emergence-role. Different relations that might play this role can vary, among other things, with regard to the category of the relata—facts, properties, events, or substances, for example—and with respect to the nature of the dependence that they postulate. Some entail the supervenience of the emergent on the base entities, and some do not. During the first stage of our project, we will provide a pluralist framework specifying different relations that could play the emergence-role. In particular, we will compare and contrast emergence to dependence, realization and grounding.

We will pay particular attention to the question of what it is for an entity to be dependent and yet genuinely novel. Frequently, novelty is taken to be a matter of having causal powers that are distinct from those of the base. If a view makes claims about emergent causal powers, then that view entails a substantial claim about how the relata of emergence and the relata of causation are connected. We will investigate what different forms of this connection there are. Our methodology at this stage of the project will be to identify different candidates for playing the emergence-role, and to see which ones allow one to capture a substantial notion of novelty consistent with dependence.

During the second stage of the project, we will examine in detail cases of ‘downward causation’, in which emergent features causally influence entities at a more base level. Some philosophers believe that downward causation is problematic on the basis of certain ‘causal exclusion’ arguments. These arguments purport to demonstrate that downward causation, of the sort that emergentist positions posit, requires that there be an implausible profusion of redundant causation in the world. In line with our pluralist framework, we will map out the causal implications of different emergentist positions and ask which positions entail a causal profusion of a problematic sort. The aim of this portion of the project will be to identify which varieties of emergentism, distinguished at the first stage of the project, are hostage to causal exclusion arguments and which are not.

By the end of the project we will have laid out different versions of emergence and its relation to dependence, realization and grounding. We will know which versions of it are coherent, and understand the causal implications of each of these relationships in light of our understanding of causal exclusion arguments.