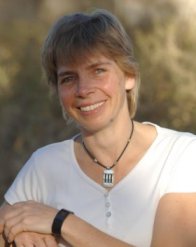 Professor of Comparative Epidemiology
Fellow of the Royal Society

The principal aim of our research is to understand the dynamics, impacts and implications of infections in natural ecosystems, with a focus on diseases in tropical countries.

Carnivore and scavenger species as sentinels of new and emerging diseases in the UK
Sarah Cleaveland in collaboration with Darren Shaw, Anna Meredith (University of Edinburgh)
Funded by DEFRA (2006 - 2009)

Full list of Publications can be found on via this link

Dr. Robert Fyumagwa (TAWIRI as part of the AfriqueOne consortium)

The work of the group spans a wide range of field, laboratory and analytical techniques. Field work involves implementation of large-scale field trials (e.g. rabies/CDV vaccination of dogs), clinical investigation, pathology (wildlife and domestic animal), wildlife capture and anaesthesia, and establishment and evaluation of diagnostic tests for veterinary and medical use in Africa.

The group has close collaborative links with the following institutions in:

Sarah Cleaveland is a founding Director of the Alliance for Rabies Control (www.rabiescontrol.org) which spearheads the World Rabies Day campaigns.