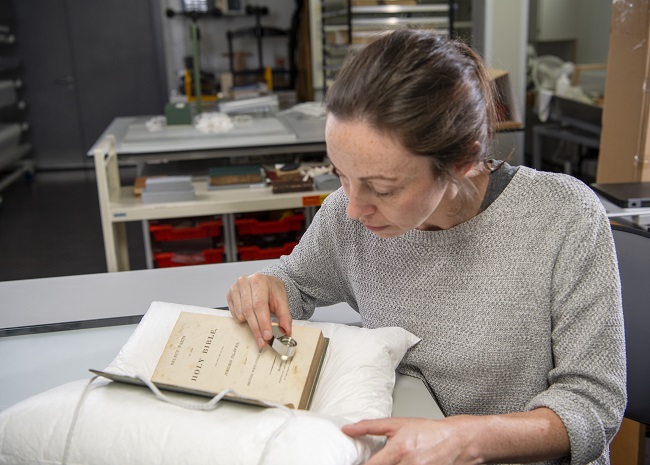 A rare first edition of a “Slave Bible”, one of only three surviving copies recorded in the world, has been loaned by the University of Glasgow to a Dutch exhibition on Gospel music.

This rare ‘Slave Bible’ was among 12,000 books donated to the University by insurance broker William Euing in 1874. The Bible was published in London in 1807 for Christian missionaries and was heavily edited to remove anything that might be seen to promote freedom among enslaved peoples.

The Bible entitled “Select parts of the Holy Bible for the use of the Negro Slaves in the British West-India Islands”, is now on display in Utrecht, the Netherlands until 16 January 2023.

The exhibition called “Gospel: Musical Journey of Spirit and Hope” is at the Museum Catharijneconvent, which is the Dutch national museum for the art, culture and history of Christianity. Gospel explores the history and evolution of gospel music.

A spokesperson for the Museum said: “The Slave Bible is a key object in our exhibition about gospel music. It is an example of how white Christians used the Bible as a tool of power to legitimise and preserve the institution of slavery. Not only in the British West-India Islands, where this book was used by British missionaries, but also in, for example, Surinam, a Dutch colony and the United States.

“In these places Bible texts were used to legitimise slavery and other texts were censored and kept away from the enslaved. However, these measurements did not prevent faith from taking root on the plantations. The passages about freedom that were omitted turned up in spirituals, the songs of enslaved people in the United States. We are very fortunate and proud that we can show this impressive object in our exhibition.”

Julie Gardham, Senior Assistant Librarian at the University of Glasgow Library, said: “We are delighted to loan this important and scarce Bible to the ‘Gospel’ exhibition.

“It is from William Euing’s renowned library and has survived as one of some 3,000 Bibles that he collected in many different editions and languages. But the particular significance of this version has only been recognised recently.

“In omitting all references to freedom, it is a powerful and chilling reminder of how White Christians manipulated and misused even sacred texts to control the enslaved and legitimise slavery.”

As is common with books of this age, the Bible’s condition had deteriorated with use. To enable safe handling in teaching, research and display, it was treated by the University’s conservation team in advance of its travel to the Netherlands so that it could be loaned for exhibition with minimal risk of further damage

Keira McKee, a Book Conservator at University of Glasgow, said: “The Bible had detached boards, splits in the sewing, and extensive losses to the fragile paper covering material. This meant that the Bible’s condition could quickly worsen with very little handling. Using a combination of linen threads and Japanese paper, the conservation treatment stabilised each of these issues, retaining as much original material as possible.” 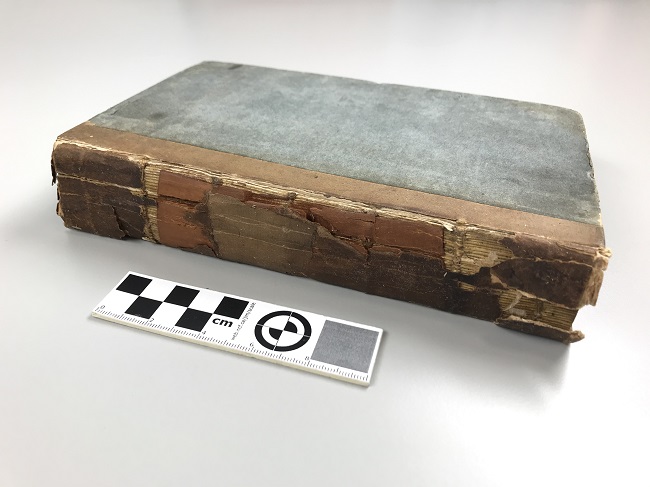 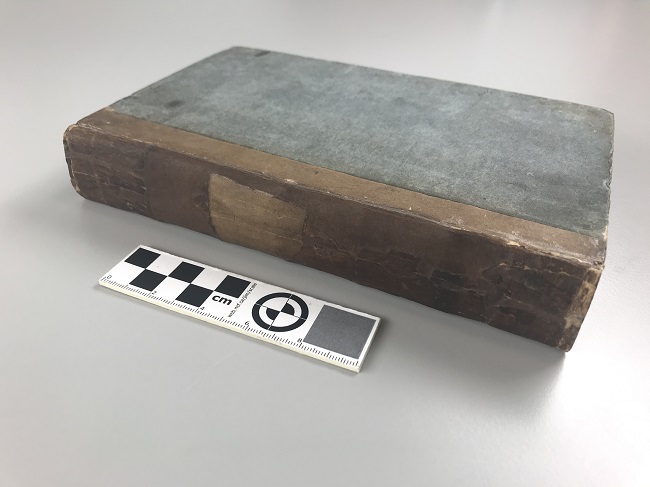 Call and Response looked at items held within the University’s archives, special collections, museum and art gallery which has either a direct or indirect link to slavery and asked people both within and outwith the university to respond to the item.

Graham Campbell, a Glasgow City Council councillor, human rights activitist and advisor on the University's slavery report chose the “Slave Bible” as part of the 2019 Call and Response exhibition.

His response in the exhibition commended: “Bob Marley once sang about mental slavery ‘none but ourselves can free our minds’. Pro-slavery ‘Christians’ were very deliberate in editing the Bible to exclude its most inconvenient truths about freedom, emancipation, liberty, justice and mercy. Enslaved Africans and their descendants had these mental chains smelted from a peculiarly Scottish mixture of white-supremacist racial hatred and enlightenment rationalist missionary zeal. This bible was as effective a tool of enslavement as any cast-iron chains.”

This version of the Bible excludes 90 per cent of the Old Testament as well as 50 percent of the New Testament.

Exodus 21:16—“And he that stealeth a man, and selleth him, or if he be found in his hand, he shall surely be put to death”

Ephesians 6:5: “Servants, be obedient to them that are your masters according to the flesh, with fear and trembling, in singleness of your heart, as unto Christ.”

The University of Glasgow Library

The Library at the University of Glasgow holds collections of international significance to support learning, teaching and research. Learn more about the Library collections by visiting the Library's website here

A digital version of the Bible can be viewed here.

Learn more about the William Euing Collection held at the University of Glasgow.