The deadly venom of a poisonous sea snail could hold the key to developing new medicines including more effective, less addictive forms of pain relief.

A team led by researchers from the University of Glasgow is setting out to learn more about the unique form of venom produced by cone snails, predatory marine animals found in warm seas and oceans throughout the word. 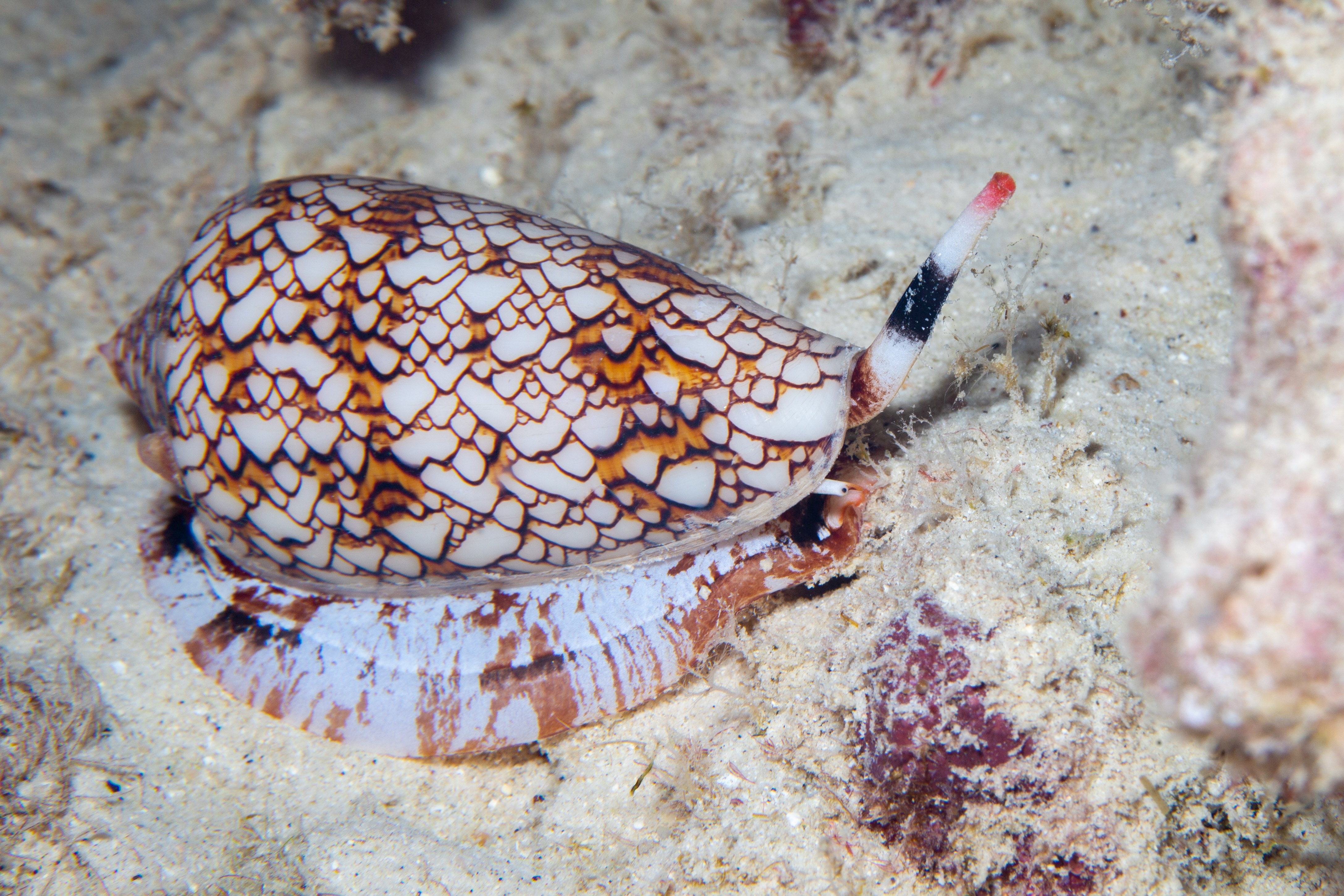 The cone snail’s venom contains chemicals called conotoxins –highly potent neurotoxic peptides which it uses to paralyse its prey by blocking parts of their nervous systems.

While that effect is often fatal to the cone snail’s prey, modified peptides based on the venom could form the basis of future drugs capable of safely blocking pain receptors in the human body.

While humans are rarely seriously injured by cone snails, there have been documented cases where stings from large cone snails have been fatal to people. Currently, there is no anti-toxin available, meaning that serious stings cannot be effectively treated.

The researchers hope that their project could also help lead to the development of the first-ever treatments for conotoxin poisoning in the future.

Together with colleagues at the Defence Science and Technology Laboratory, they will work to investigate how conotoxin peptides are structured at the molecular level.

They will build on that knowledge to synthesise new peptides which show promise for interacting with a particular type of receptors in the human nervous system known as nicotinic acetylcholine receptors, ornAChRs.

Then, using advanced computer modelling techniques, they will run simulations to determine their effectiveness in binding with muscle receptors.

Dr Andrew Jamieson, of the University of Glasgow’s School of Chemistry, is the project’s principal investigator and will be leading the research at the University’s new Mazumdar-Shaw Advanced Research Centre.

Dr Jamieson said: “The cone snail might seem like an unlikely prospect for breakthroughs in drug discovery, but the conotoxins it produces have a lot of intriguing properties which have already shown promise in medicine.

“This project brings together some of the UK’s leading researchers across a wide range of disciplines to learn about how conotoxins work. Then we’ll look at ways we can engineer new analogues to investigate how effective they might be as novel drugs for a range of medical applications.

“Those new molecules’ ability to interact with nicotinic acetylcholine receptors could lead to new forms muscle relaxants for anaesthesia, or painkillers which are just as effective as opioids but don’t have the same associated potential for addiction. It’s an exciting project and we’re looking forward to getting started.”

The $2.5m (£1.9m) project is supported by funding from the Defense Threat Reduction Agency, part of the United States Department of Defense.