A company established as a spinout from the University of Glasgow has won a significant national award for their semiconductor laser technology.

The founders of Vector Photonics will receive the Royal Academy of Engineering’s Colin Campbell Mitchell Award at an event at the Academy’s Enterprise Showcase today (Tuesday 16 November 2021). 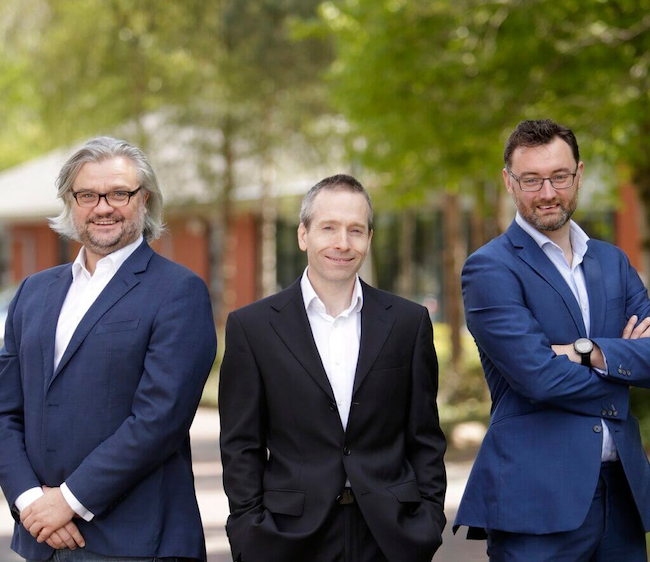 The Award, named in honour of one of Scotland’s most accomplished marine engineers, is made annually to an engineer or small team of engineers who have made an outstanding contribution to the advancement of any field of UK engineering.

The winning team said: “We are honoured and humbled to receive such a prestigious award from the Royal Academy of Engineering, the world’s premier, learned society for engineering. The technology started as blue sky research in a university laboratory and, thanks to support from a range of funding sources and the wider team, we have been able to translate our technology to real world applications through commercial venture.

“We hope that the recognition that the Colin Campbell Mitchell Award brings will inspire others to study engineering and develop their entrepreneurship, both of which are at the heart of British culture.”

“I’m proud to see a University of Glasgow spinout achieving such remarkable early success. As they continue to expand the team, build new commercial partnerships and further refine their technology I expect they will have many more successes to come.”

Scalable and able to operate at any wavelength, PCSELs are a game-changing technology with applications in the datacoms sector but also offers a step change in performance for telecommunications, additive manufacturing, sensing and lidar. Many different types of lasers are currently on the market and businesses must choose the ones that will best meet their particular purposes. In future, the PCSEL may fulfil all requirements for diode laser manufacturing.

What makes Vector Photonics’ design approach particularly attractive is its compatibility with existing semiconductor device manufacturing processes, simplifying the build and delivery of their PCSEL devices.

Though in its infancy, the company has already secured more than £2.5 million in company grant funding, £1.6million in equity investment, increased its headcount to 16 people and generated enough international attention to have some of the world’s largest companies requesting samples and contracts.

Professor Bashir M. Al-Hashimi CBE FREng, Chair of the Royal Academy of Engineering Awards Committee, said: “A high-speed, high-power, surface-emitting laser operable at data communications wavelengths represents the holy grail and companies globally have committed decades of effort and money to address this problem, which the core team at Vector Photonics were first in the world to solve. With their varied, multi-disciplinary and complementary skillset, the team members are worthy winners of this Award. I am pleased the Academy is able to acknowledge and encourage engineering achievements, ingenuity and innovation in this way to ensure it flourishes in the UK and internationally.”