Watership Down at 50 Conference 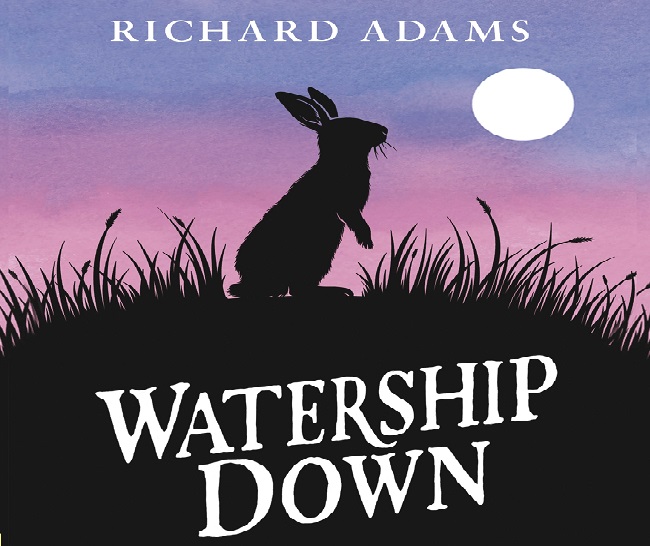 It was a book that nearly didn’t get published.

Submitted to more than 30 publishers, Watership Down finally hit bookshelves in November 1972 thanks to the foresight of the small, independent Rex Collings.

Nearly 50 years on, a story of a group of rabbits escaping the destruction of their warren has become a children’s classic and has been adapted for film and TV.

Now academics at the University of Glasgow and Cardiff University are to host a conference to celebrate Richard Adams’ debut novel on its 50th anniversary and examine its continuing appeal to children over five decades.

The story of Watership Down began as tales about rabbits Hazel and Fiver that Adams told his young daughters, Juliet and Rosamond, during long car journeys.

Today several million copies have been sold worldwide, it has been translated into well over 20 languages and has been adapted several times, including as a 1978 feature-length animated film, and most recently in 2018 as a major animated TV series by BBC/Netflix.

Organisers of the conference are looking forward to a conference packed with a wealth of perspectives on the beloved classic. This will include the publication of a graphic novel, the first time the whole book will have been faithfully adapted into this format.

Next year #WatershipDown children's classic will be 50!

Dr Dimitra Fimi, a Senior Lecturer in Fantasy and Children's Literature and Co-Director of the Centre for Fantasy and the Fantastic, at the University of Glasgow, said: “Watership Down is a classic of children’s fantasy, somewhere in-between animal stories and ancient epics like the Aeneid, complete with an invented language and allusions to a folkloric and a learned tradition. I am so looking forward to new perspectives and debates on this much-loved book!”

Dr Catherine Butler,  Reader at the School of English, Communication and Philosophy at Cardiff University, said: “Watership Down stands at the intersection of so many concerns: as the progenitor of a whole genre of animal stories; as the inspiration for ground-breaking work in animation; as one of the earliest ‘crossover’ books enjoyed equally by children and adults; and as a substantial contribution to environmental literature. It’s as much a book of today as of 1972.”

Adams’ daughter Rosamond Mahony, along with British children’s writer SF Said (whose popular Varjak Paw books show the legacy of Watership Down), and Dr Briony Wickes (University College Dublin), a specialist in literary animal studies, will be keynote speakers at the three-day conference being held at the University of Glasgow from the 2-4 September 2022.

Rosamond Mahony said: “As custodians of this most beloved novel, our family are delighted that my father’s Watership Down is to be the subject of this academic conference.

“People of all ages continue to connect with the story of Watership Down and its key messages about the environment, leadership and friendship are as important today as they were a half century ago.”

SF Said said: "I read Watership Down as a child.  It was my favourite book, and inspired me to become a writer myself.  I re-read it for the first time just after I finished writing Varjak Paw, and was stunned to see how deeply it had shaped my imagination; there would certainly be no Varjak Paw without Watership Down.  I believe it has shaped our entire culture, as only the greatest literature can, and I am delighted that it will be celebrated in this conference."

The conference is also inviting academics to submit 20-minute papers on any aspect of Watership Down, its influences and legacy. It is hoped that these papers will be turned into a collection of essays to mark the 50th anniversary of the novel.

In 1972, Richard Adams’ novel, Watership Down, was published by Rex Collings. A small publisher, Collings liked the book enough to take a chance on it, despite its previously having been turned down by some 30 other publishers.

It was not guaranteed to be a success. At almost 500 pages, Adams’ story of a group of rabbits seeking, and then establishing, a new warren was a long novel. The author was already in his 50s, with no track record as a novelist and the book had come out of stories told to his daughters on long car journeys.

Nevertheless, Collings’ gamble paid off richly. Watership Down became an immediate critical success, winning both the Carnegie Medal and the Guardian Prize.

Since then, several million copies have been sold worldwide, and the book has been translated into well over 20 languages. In 1978 it was adapted as a feature-length animated film, itself a landmark in animation history, and has since been adapted more than once for television; the latest, award-winning version was the BBC/Netflix series broadcast in December 2018.

Watership Down at Fifty Conference

The Watership Down at Fifty conference organisers invite 20-minutes papers on any aspect of Watership Down, its influences and legacy. Please email abstracts (up to 200 words) to Dimitra Fimi (Dimitra.Fimi@glasgow.ac.uk), University of Glasgow, and Catherine Butler (ButlerC6@cardiff.ac.uk), Cardiff University, by 31 August 2021.