Researchers from the University of Glasgow have lent their support to cutting-edge new analysis of a Martin meteorite led by colleagues at Lund University in Sweden.

Using neutron and x-ray tomography data collected at Intitut Laue Langevin, the researchers demonstrated that the meteorite had limited exposure to water, dramatically limiting the potential habitability of Mars at that specific time and place.

The technology used could be used when NASA examines samples brought back from the Red Planet in 2030. The samples will be returned to Earth after being collected by the Perseverance rover, which touched down in a cloud of smoke in February 2021. 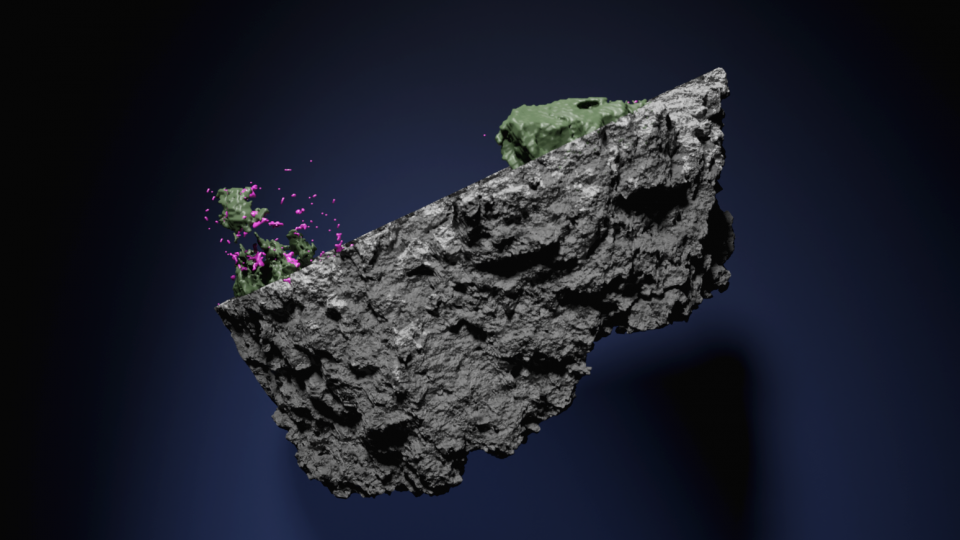 In the meantime, Martian meteorites provide valuable clues to the history of Martian geology. In a paper published in the journal Science Advances, the Lund University-led research team describe how they studied an approximately 1.3 billion-year-old Martian meteorite using advanced scanning technology.

Lead author Josefin Martell, a geology doctoral student at Lund University, said: “Since water is central to the question of whether life could have ever existed on Mars, we wanted to investigate how much of the meteorite reacted with water when it was still part of the Mars bedrock.”

To answer the question of whether there was any major hydrothermal system, which is generally a favourable environment for life to occur, the researchers used neutron and X-ray tomography. X-ray tomography is a common method of examining an object without damaging it. Neutron tomography was used because neutrons are very sensitive to hydrogen.

If a mineral contains hydrogen, it is possible to study it in three dimensions and see where in the meteorite the hydrogen is located. Hydrogen is always of interest when scientists study material from Mars, because it is a key component in water and water is a prerequisite for life as we know it.

The results show that only a fairly small part of the sample seems to have reacted with water, and that it therefore probably wasn’t a large, long-lived hydrothermal system that gave rise to the alteration.

Josefin added: “A more probable explanation is that the reaction took place after small accumulations of underground ice melted during a meteorite impact on Mars about 630 million years ago. Of course, that doesn’t mean that life couldn’t have existed in other places on Mars, or that there couldn’t have been life at other times.”

Dr Luke Daly and Professor Martin Lee of the University of Glasgow’s School of Geographical and Earth Sciences, who have expertise in analysis of Martin meteorites, contributed to the paper.

Dr Daly, who is also co-supervisor of Josefin Martell’s PhD research, added: “These are really interesting results, which are only possible because of the unique properties of neutron and x-ray tomography. The technique gives us a remarkable look at the interior of this meteorite fragment, allowing us to probe its structure and the water it carries in fantastic three-dimensional detail without having to physically break it apart.

“I was pleased to have the opportunity to contribute to the paper. The team have demonstrated that this technique can help us deduce of the history of water on Mars from rock samples. It could be valuable for future use on samples returned by Perseverance.”

The researchers hope that the results of their study will be helpful when NASA brings back the first samples from Mars around 2030, and there are many reasons to believe that the current technology with neutron and X-ray tomography will be useful when this happens.

The team’s paper, titled ‘The scale of a Martian hydrothermal system explored using combined neutron and x-ray tomography’, is published in Science Advances. The research was supported by funding from the Royal Physiographic Society of Lund and the Swedish Research Council. The data was collected at the Intitut Laue Langevin.