Thousands of jobs for Ayrshire a STEP closer

The next phase of assessments is underway at Scotland’s only shortlisted location for the UK’s prototype fusion energy plant.

Experts have arrived at the site on the Ardeer peninsula in North Ayrshire, which was last month named on the list of five UK locations in the running to host the Spherical Tokamak for Energy Production (STEP) plant.

The plant, which would provide unlimited clean energy, could see thousands of jobs brought to the area and a huge economic boost to North Ayrshire and Scotland as a whole. 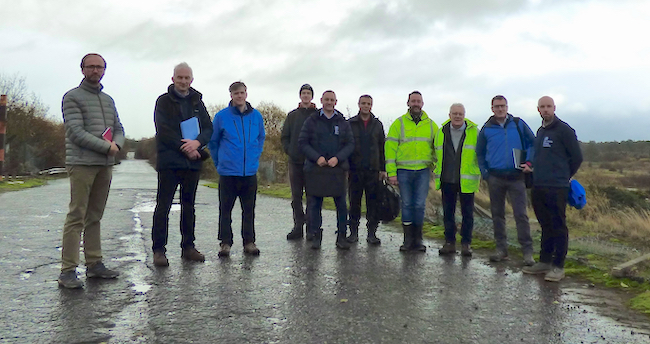 Officials from the UK Atomic Energy Authority have paid a second visit to the Ardeer site to build their understanding of the site’s potential to host STEP as they make their final deliberations ahead of an announcement, expected in spring next year.

The bid for the North Ayrshire site is being led by the Fusion Forward (Ardeer) consortium, which represents NPL Group, which owns the land, North Ayrshire Council and the University of Glasgow.

STEP, supported by £222million in funding from the UK Government, aims to design and construct a prototype fusion energy plant capable of providing an environmentally-friendly source of electricity. 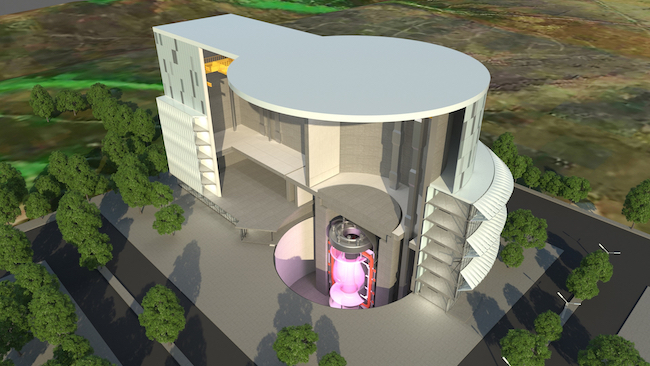 It is expected to create thousands of highly-skilled jobs during construction and operations, and to attract other high-tech industries to the selected location.

The UK Atomic Energy Authority (UKAEA) is hoping to have the plant operating in the early 2040s, with initial aims to produce a concept design by 2024. The proposal would be subject to regulatory assessments and public consultation through the relevant legislative procedures.

Fusion energy is created by forcing atoms together in the same process by which the sun produces radiation, unlike a nuclear reactor, which relies on fission and breaking atoms apart to generate energy. It has the ability to produce one person’s energy needs for 60 years using just one bath of water.

Declan Diver, Professor of Plasma Physics at the University of Glasgow’s School of Physics and Astronomy, helped to prepare the bid for STEP to be based at Ardeer.

He said: “I’m pleased to have been part of the group which welcomed our visitors from the UKAEA to the Ardeer site. STEP has the potential to bring a wide range of benefits to the central belt of Scotland, and as a plasma physicist myself I’m excited about the potential it has to deliver new opportunities in research, training and education. Coming so soon after COP26, it was also encouraging to see progress towards the kind of clean fusion energy generation that could help us achieve net-zero in the years to come.”

Joe Cullinane, Leader of North Ayrshire Council, said: “We were pleased to help facilitate the visit which allowed officials from the UK Atomic Energy Authority to see for themselves the size, location, connections to transport networks, grid connectivity and access to skills and academic expertise which Ardeer has to offer. We look forward to welcoming them back to North Ayrshire soon for a further site visit as the deliberations continue.”