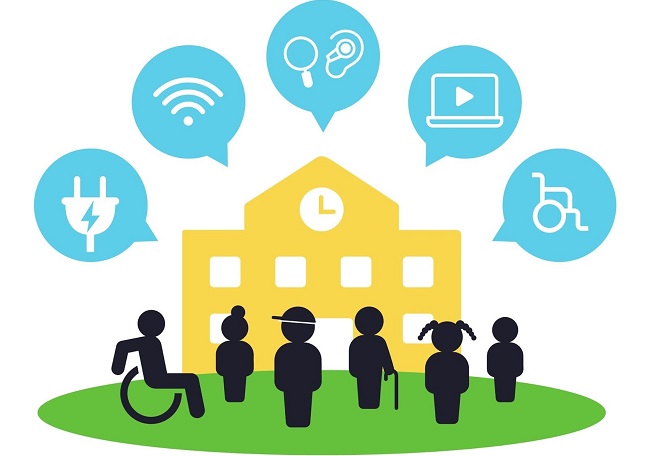 An ‘astonishing’ deficit of data about how the global boom in educational technology could help pupils with disabilities in low and middle-income countries has been highlighted in a new report.

Despite widespread optimism that educational technology, or ‘EdTech’, can help to level the playing field for young people with disabilities, the study found a significant shortage of evidence about which innovations are best-positioned to help which children, and why; specifically in low-income contexts.

The review also found that many teachers lack training on how to use new technology, or are reluctant to do so.

The study was carried out for the EdTech Hub partnership, by researchers from the Universities of Glasgow, Cambridge and York. They conducted a detailed search for publications reporting trials or evaluations about how EdTech is being used to help primary school-age children with disabilities in low - and middle-income countries. Despite screening 20,000 documents, they found just 51 relevant papers from the past 14 years – few of which assessed any impact on children’s learning outcomes.

Their report describes the paucity of evidence as ‘astonishing’, given the importance of educational technologies to support the learning of children with disabilities.

EdTech is widely seen as having the potential to reverse this trend, and numerous devices have been developed to support the education of young people with disabilities. The study itself identifies a kaleidoscopic range of devices to support low vision, sign language programmes, mobile apps which teach braille, and computer screen readers.

It also suggests, however, that there have been very few systematic attempts to test the effectiveness of these devices for longer than three months.

Dr Paul Lynch, from the School of Education, University of Glasgow, said: “The evidence for EdTech’s potential to support learners with disabilities is worryingly thin. Even though we commonly hear of interesting innovations taking place across the globe, these are not being rigorously evaluated or documented.”

Professor Nidhi Singal, from the Faculty of Education, University of Cambridge, said: “There is an urgent need to know which technology works best for children with disabilities, where, and in response to which specific needs. The lack of evidence is a serious problem if we want EdTech to fulfil its potential to improve children’s access to learning, and to increase their independence and agency as they progress through school.”

The report identifies numerous ‘glaring omissions’ in the evaluations that researchers did manage to uncover. Around half were for devices designed to support children with hearing or vision difficulties; hardly any addressed the learning needs of children with autism, dyslexia, or physical disabilities. Most were from trials in Asia or Africa, while South America was underrepresented.

Much of the evidence also concerned EdTech projects which Dr Gill Francis, from the University of York and a co-author, described as ‘in their infancy’. Most focused on whether children liked the tools, or found them easy to use, rather than whether they actually improved curriculum delivery, learner participation and outcomes. Attention was also rarely given to whether the devices could be scaled up – for example, in remote and rural areas where resources such as electricity are often lacking. Few studies appeared to have taken into account the views or experiences of parents or carers, or indeed the learners themselves.

The studies reviewed also suggest that many teachers lack experience with educational technology. For example, one study in Nigeria found that teachers lacked experience of assistive technologies for students with a range of disabilities. Another, undertaken at 10 schools for the blind in Delhi, found that the uptake of modern low-vision devices was extremely limited, because teachers were unaware of their benefits in the classroom.

Despite the shortage of information overall, the study did uncover some clear evidence about how technology – particularly portable devices – is transforming opportunities for children with disabilities. Deaf and hard-of-hearing pupils, for instance, are increasingly using SMS and social media to access information about lessons and communicate with peers; while visually-impaired pupils have been able to use tablet computers, in particular, to magnify and read learning materials.

Based on this, the report recommends that efforts to support children with disabilities in low- and middle-income countries should focus, in particular, on the provision of mobile and portable devices, and that strategies should be put in place to ensure that these are sustainable and affordable for parents and schools – as cost was another concern that emerged from the studies cited.

Critically, however, the report states that more structured evidence-gathering is urgently needed to ensure EdTech meets the UN’s stated goal to ‘ensure inclusive and equitable quality education and promote lifelong learning for all’. The authors suggest that there is a need to adopt more robust research designs, which should address a full range of disabilities, and involve pupils, carers and teachers in the process.

“There is no one-size-fits-all solution when working with children with disabilities,” Professor Singal added. “That is why the current lack of substantive evidence is such a concern. It needs to be addressed so that teachers, parents and learners are enabled to make informed judgements about which technological interventions work, and what might work best for them.”