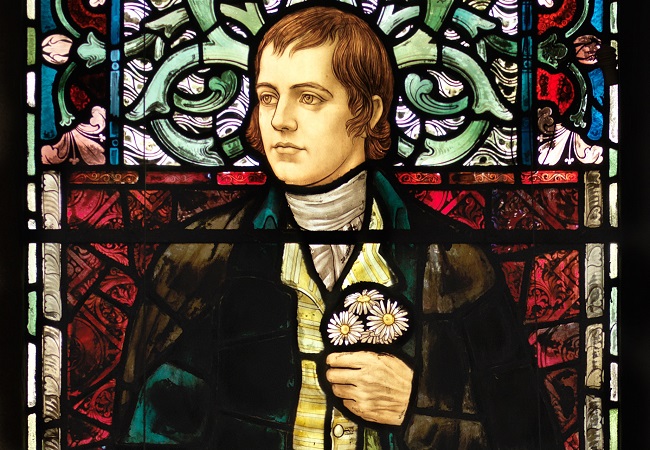 More than 2500 worldwide contemporary Burns suppers feature in a new interactive world map as part of a research project led by academics from the University of Glasgow, it was announced today.

The University of Glasgow is also working in partnership with the Scottish Government who are encouraging people all around the world to take part in a ‘Burns Night In’ this year and join together in a ‘toast’ on social media to celebrate Scotland’s welcoming and inclusive culture.

The new interactive map – part of The Burns Supper in History and Today project – features 2500 Burns suppers across five continents and gives an inventory of their menus, settings, entertainments, and orders of ceremony.

This is the broadest, most detailed record of Burns Night activities ever made to this day by the Centre for Robert Burns Studies, the largest concentration of Burns experts in the world. But researchers hope that their call to Scots to join in their #VirtualBurnsNight will help expand the map and their research project even further.

Demonstrating the ongoing legacy and appeal of Robert Burns work, the map will be featured on http://www.scotland.org/burns as part of the international promotion of Burns work and Scottish culture, alongside information and materials designed to help people celebrate Burns Night safely at home this year.

Professor Gerard Carruthers, Co-Director of the Centre for Robert Burns Studies (CBRS) based at the University’s College of Arts, and principal investigator on the The Burns Supper in History and Today project, said: “Robert Burns is global writer whose life and work have given rise to one of the great world cultural phenomena – the Burns Supper.
At the heart of this celebration of Scotland’s national bard is his word – from poetry to song. And this Burns Night 2021, due to a global pandemic, many of us won’t physically be able to come together.

“In a testimony to the bard’s ensure appeal not only in Scotland but around the world, we are calling Scots, at home and abroad, and lovers of Burns to join with us in Glasgow to virtually celebrate and map this global impact and appeal.

“Burns speaks strongly to people through his words which still have resonance right up to today not just in Scotland.”

Culture Secretary Fiona Hyslop said: “Burns Night is one of Scotland’s most well-known and best loved celebrations, enjoyed here and across the world. Although we are unable to meet up physically this year, we can still come together and continue the traditions of Burns Night from the safety of home.

“This map is an excellent accompaniment to the range of virtual events taking place this year showcasing an incredible array of artistic talent and I encourage everyone to get involved.”

Dr Paul Malgati, a Research Assistant on The Burns Supper in History and Today project at the University of Glasgow, said: “We have already sent out invitations to join us for our #VirtualBurnsNight 2021 to 2000 addresses, across more than 140 countries.

“Considering the effects of the global pandemic, we realised that by bringing together all our contacts, we had a unique opportunity to hold a substantial, virtual event, making up for the cancellation of many Burns suppers across the world.

“The chief purpose of this ‘Virtual Burns Night’ is to pay a fitting tribute to Robert Burns despite Covid-19. Providing enough of us participate, we hope our combined efforts on social media can attract significant attention to the global community of Burnsians, haggis gourmets, Scots by birth, and Scots by heart who, every year, raise a toast to the memory of Scotland’s national bard.”

The project will be part of the celebrations to mark the 220th anniversary of the first Burns Supper – held in Burns Cottage, Alloway on the 21 July 1801 commemorating the date of the bard’s passing rather than his birth.

Those friends met again, as did the founders of Greenock Burns Club, holding the first public Burns Supper on 29 January 1802, getting the poet’s date of birthday wrong by four days.

The new University of Glasgow research project will help to collate and track the elements of the Burns Suppers from those first dinners, such as the Grace, the Immortal Memory and other kinds of poems, songs and speeches performed to understand the patterns of growth over the last 220 years.

Poems and songs about Burns used over the 200 years at these occasions will be gathered. Burns Suppers will also be detailed through the nineteenth-century, across the British Empire, by missionaries, soldiers, reformers & others, across America, Asia, Australia and Europe and right up to the present day.

Through the generosity of Frank and Susan Shaw of Atlanta, the research project, which was launched in 2020 runs until 2022 is being carried out by the Centre for Robert Burns Studies (CRBS).

The Centre for Robert Burns Studies at the University of Glasgow has the biggest concentration of Burns experts in the world. It was established in July 2007. Its mission is the development of research, scholarship and teaching in the area of Robert Burns, his cultural period and related literature. Follow the Centre for Robert Burns Studies on Twitter @GlasgowBurns and the University of Glasgow @UofGlasgow using #VirtualBurnsNight

The new interactive map - https://burnsc21.glasgow.ac.uk/supper-map/ - is the first of many new findings that we will unveil across 2021-22 to help mark the 220th anniversary of the first Burns Supper. By the end of the project, the Centre for Robert Burns Studies’ research team aim to have have a one-stop shop for everything you want to know about the Burns Supper, past and present.

Burns Night is an important moment for Scotland to connect with the world and continue to inspire people when they can safely consider visiting, studying, living, working and doing business with Scotland.

Everything you need to celebrate #BurnsNightIn safely at home can be found at http://www.scotland.org/burns including recipes, poetry as well as a range of virtual events from some of Scotland’s world-class musicians, poets and artists.

All toasts shared using #VirtualBurnsNight and #BurnsNightIn will be brought together in a visual collage of celebrations on scotland.org/burns