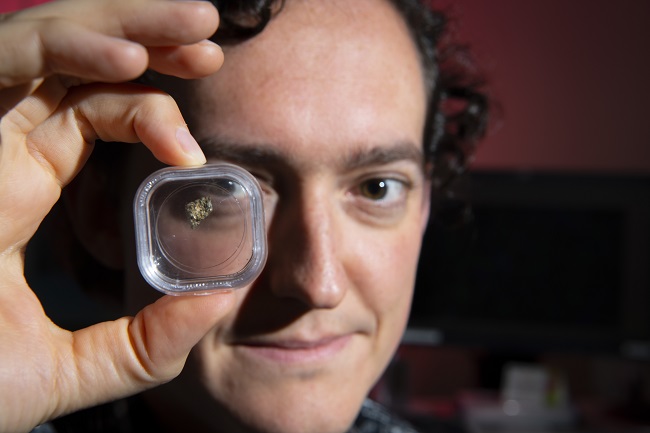 This study helps to narrow down the potential location of the impact crater on the Martian surface which blasted some of those Martian rocks into space millions of years ago.

The findings are the outcome of a kind of ‘Martian CSI’ which uses sophisticated techniques to reconstruct major events that shaped the rock since it formed on Mars around 1.4 billion years ago.

The paper, titled ‘Boom boom pow: shock-facilitated aqueous alteration and evidence for two shock events in the Martian nakhlite meteorites’, is published in Science Advances. The research was funded by the Science and Technology Facilities Council (STFC).

In the new paper published in Science Advances, University of Glasgow planetary scientists and colleagues from Leeds, Italy, Australia and Sweden describe how they used a technique known as electron backscatter diffraction to examine slices of two different Martian meteorites known as ‘nakhlites’.

The nakhlites are group of volcanic Martian meteorites named after El Nakhla in Egypt, where the first of them fell to Earth in 1911. Excitingly, these meteorite’s preserve evidence of the action of liquid water on the Martian surface approximately 633 million years ago. However, the process which generated these fluids has been a mystery until now.

Dr Luke Daly, Research Associate in Solar System Science at the University of Glasgow’s School of Geographical and Earth Sciences, is the paper’s lead author.

Dr Daly said: “There’s a huge amount of information about Mars locked inside the little pieces of the red planet which have fallen to Earth as meteorites, which new analytical techniques can allow us to access.

“By applying this electron backscatter diffraction technique, we’ve been able to look very closely at the orientation and deformation of minerals across the whole area of these samples of Martian rock to look for patterns.

“What we’ve seen is that the pattern of deformation in the minerals matches exactly the distribution of weathering veins that formed from the Martian fluids. This coincidence provide us with exciting data about two big events from the history of those rocks. The first is that, about 633 million years ago, they were hit by an asteroid that deformed them into part of an impact crater.

“This impact was big enough and hot enough to melt the ice under the Martian surface and send it rushing through newly-formed cracks in the rock – effectively forming a temporary hydrothermal system below the surface of Mars, which altered the composition of the minerals in the rocks, close to these cracks. It suggests an asteroid impact was the mystery mechanism for generating liquid water in the nakhlites long after the volcano that formed them on Mars had become extinct.

“The second exciting thing it tells us is that the rocks must have been hit twice. A second impact about 11 million years ago had the right combination of angle and force to blast the rocks off the surface of the planet and begin their long journey through space towards Earth.”

The team believe that their findings provide new insight into the formation of the Martian landscape. Regular asteroid bombardments could have had similar effects on underground ice throughout the course of Martian history, creating temporary hydrothermal systems all over the planet and important sources of liquid water.

Their analysis also provides important clues which could help pinpoint exactly where on Mars the nakhlites originated.

Dr Daly added: “We’re currently trying to understand Martian geology through these meteorites without knowing what part of Mars’ surface these so-called nakhlites came from. Our new findings tightly constrain the possible origins of the nakhlites – we now know that we’re looking for a complex volcanic edifice, about 1.3-1.4 billion years old, with one crater around 633 million years old and another one about 11 million years old. Very few places on Mars could fit that bill.”

“It’s a piece of interplanetary detective work which is still ongoing but we’re keen to crack the case.”

One, known as ’Miller Range 03346’, was found and recovered from the Miller range mountains in Antarctica in 2003 by the Antarctic Search for Meteorites expedition. Prof. Gretchen Benedix, a co-author on this study, was part of the expedition that recovered Miller Range 03346. The second, ‘Lafayette’, was found in Purdue University’s collection of rock samples in 1931. 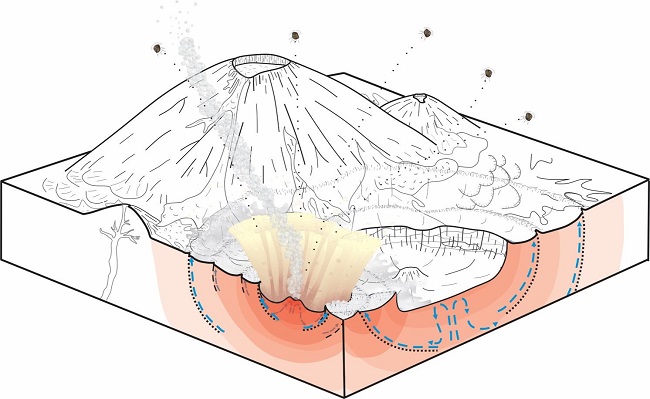 School of Georaphical and Earth Sciences

College of Science and Engineering