The organisers of the biggest ever historical table top war game have unveiled the gigantic map being used to replay the Battle of Waterloo using 22,000 miniature soldiers.

The Great Game: Waterloo Replayed charity event has commissioned a unique map mat – believed to be the largest battle map ever constructed – which is 192 square metres and made up of 12 sections, each 8 metres by 2 metres.

The giant map will be placed on a series of tables to allow the Battle of Waterloo be replayed. However as a one off, staff and students involved in the Great Game laid out the giant map on the floor in the one of the University’s largest halls – and it barely fit! 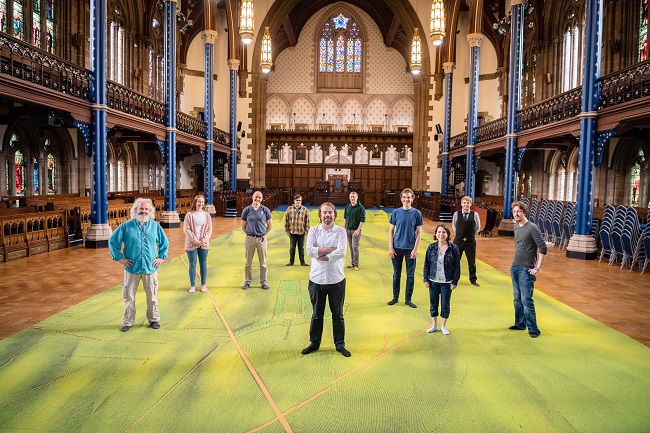 The charity event is being held in the University of Glasgow on the weekend of 15 and 16 June and will see 120 players from around the world replaying one of the most epic and decisive battles in history.

In aid of the charity for military veterans, Waterloo Uncovered, the 22,000 28mm figures being fielded on the purpose-built tables and map will recreate the 1815 Belgium battlefield for the one-off event.

The massive map was created from an original based on an 1830s detailed survey of the battlefield of Waterloo by William Siborne. The British officer was commissioned to construct a model of the battle by British army commander in chief, General Rowland Hill. That model can be seen in the National Army Museum in Chelsea. The map was published in 1844.

It has been slightly adapted to meet the shape of the Kelvin Gallery at the University of Glasgow, along with the need to allow over 120 wargamers and veterans to come together for a spectacular re-match of the famous battle – which marked the final defeat of Napoleon Bonaparte.

The map shows every building, road and stream on the battlefield as well as a range of topographical features, such as woods and ridges. It was specially made for The Great Game: Waterloo Replayed by Tiny Wargames of London, and the cloth map was made in Italy. On the map will be positioned not only the figures but 14 carefully constructed scale models of farms and villages which were pivotal in the battle.

Every regiment, battalion and battery will be represented in the Great Game with the 22,000 figures fielded in Glasgow painted by wargaming enthusiasts, veterans’ groups, students and members of the public.

The map will be in use from 09.30 to 16.30 on both Saturday 15 June and Sunday 16 June. Tickets available to view the game, as well as participate in eight other introductory short skirmish wargames are £6 for two hours. Available from Eventbrite. 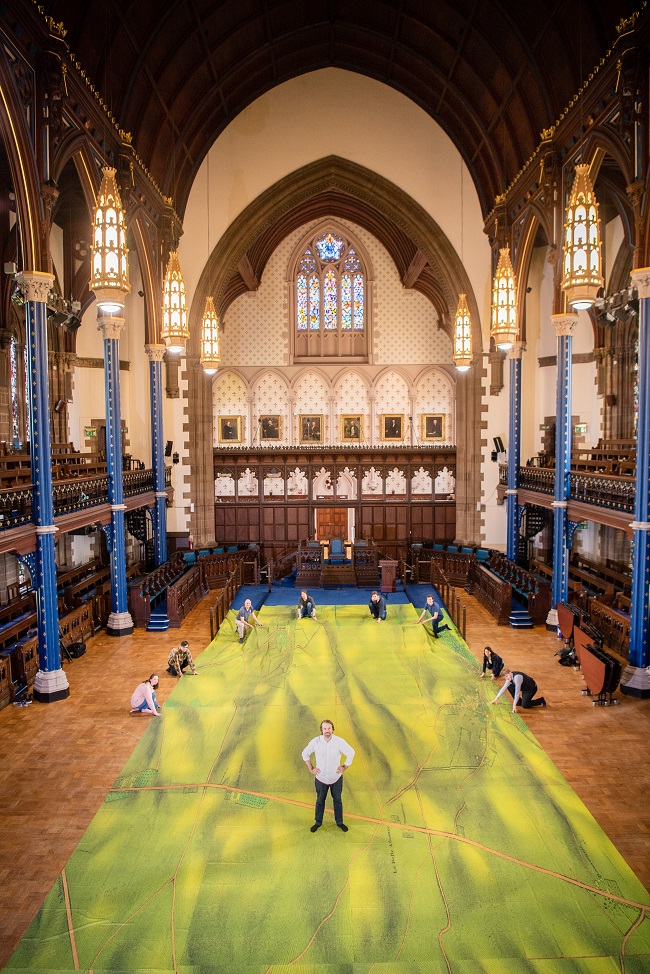