The Scottish Highland clans are one of the most immediately recognisable parts of Scotland’s history.

Yet centuries of misrepresentation and Romanticisation have created a range of persistent myths and stereotypes.

Now a new free online three-week course from the University of Glasgow called The Scottish Highland Clans: Origins, Decline and Transformations, on the FutureLearn platform, hopes to debunk some of these misconceptions to provide a critical overview of how the clans functioned in Scottish society.

It emphasises the need to see clans as highly sophisticated social communities, with complex economic functions and a rich, unique language and culture.

The Scottish Highland clans are one of the most recognisable parts of Scotland’s history. Learn more with our free online course on Scotland's iconic clans starting Monday 12th Aug
Register https://t.co/HTO4xbhFHc@UofGArts @FutureLearn pic.twitter.com/Ab9JDmkg4X

Dr Andrew Mackillop, a Senior Lecturer in Scottish History at the University’s College of Arts, who has led the creation of the Clans course said: “It has been a wonderful experience helping to bring this course together. The College of Arts here at the University of Glasgow has world-class levels of expertise on all aspects of Scottish society, language, history, literature and culture.

“One of the most exciting aspects is the inclusion of Scottish Gaelic material in the form of songs and poems. Making these unique historical sources more accessible is a key objective. Learners will be able to engage with Gaelic but will also have full English translations – so there is no need to worry if you have no Gaelic!

“The course explores the nature and function of clans from the fall of Clan Donald’s Lordship of the Isles in 1493 until clanship broke apart in the final decades of the eighteenth century. Then it explores how literature, art and social trends such as Highland Clubs and Games ‘reinvented’ clanship.

“Novels, films and programmes such as the TV series Outlander ensure the process of reimagining continues to the present day. Learners taking the course with get a unique, multi-disciplinary perspective as well as an accessible introduction to some of the very latest research on the Highland clans.” 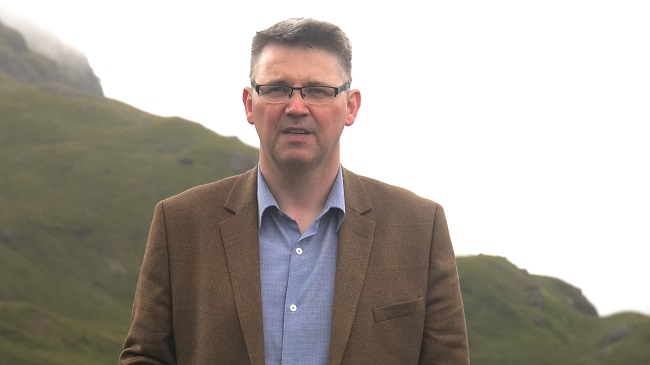 Designed and delivered by the College of Arts, it draws on the expertise of academics, from across a number of Arts and Humanities research disciplines including Archaeology, Celtic & Gaelic, History and Literature, to bring the story of Scotland’s iconic clans to life.

Professor Roibeard Ó Maolalaigh, Vice Principal and Head of the College of Arts, said: “This exciting new course exemplifies the breadth of knowledge and world-class research being undertaken in the Arts and Humanities at the University of Glasgow in the broad area of Scottish history and culture.

“We drew on this vast expertise for the course’s creation to give the best and most up to date picture of Scotland’s iconic clan system.

“As Professor of Gaelic, I am also delighted to see that the course reflects the central importance of the Gaelic language in Scotland’s history – and many of our songs, poetry, historical legends and tales are still alive today thanks to the clans’ Gaelic bards and seanchaidhs (‘tradition-bearers, storytellers’).

“I hope that the many disciplines being showcased in the Clan course will whet the appetite for our online learners and encourage them to engage in further education and study opportunities in Scottish history and culture.”

The word ‘clan’ is derived from the Gaelic clann meaning ‘children, family, offspring’. According to the Historical Thesaurus of English the word was introduced into English around 1425, as a label for the nature of the society of the Scottish Highlands.

Taking place over three weeks, the online course will explore how clans functioned as communities and created strong bonds as well as how religion, feuding and war shaped positive and negative stereotypes.

Filmed in locations from Glencoe, Lochaber, Glenlyon to the Isle of Lewis, University of Glasgow academics show how the clan family system impacted on Scottish history and key historical events.

The course visits some of Scotland’s most stunning locations to tell the story of the rise of the clans to see them take high-profile roles in the Scottish and British wars of religion in the 1630s to 1650s and the later Jacobite revolts from 1689 to 1746 and assesses their decline and end of clanship by the 1800s.

The course includes a range of activities and materials to bring the clans to life and encourage learners to consider how the clans continue to have a far reach right up to the present-day portrayal in TV and films including the Outlander series.

The Scottish Highland Clans: Origins, Decline and Transformation course starts on the 12 August 2019 but is now open for registration. Join us to explore more about the history of Scotland’s clans via https://www.futurelearn.com/courses/the-highland-clans