Hugh Harvey Mooney became the first in his working-class family to attend university.

It had been a long road for the 27-year-old Mooney from his home in Glasgow’s Garscube Road to the University of Glasgow.

A gifted linguist and scholar, he had been accepted to the university in 1932. However, with the Great Depression taking hold in Scotland, it took Mooney seven years to be able to afford to take up his place to study French and Latin.

But with only a year of studying completed, Mooney left Glasgow to join the Second World War – training first as a pilot and then as a navigator.

It was a war Mooney wouldn’t return from. He died in the Netherlands along with four of his fellow aircrew when their Lancaster bomber crashed.

Now, nearly 80 years after he enrolled at Glasgow, Sgt. Mooney’s memory is being honoured by his family as they help students and early career researchers attend a conference on conflict archaeology at his old alma mater. 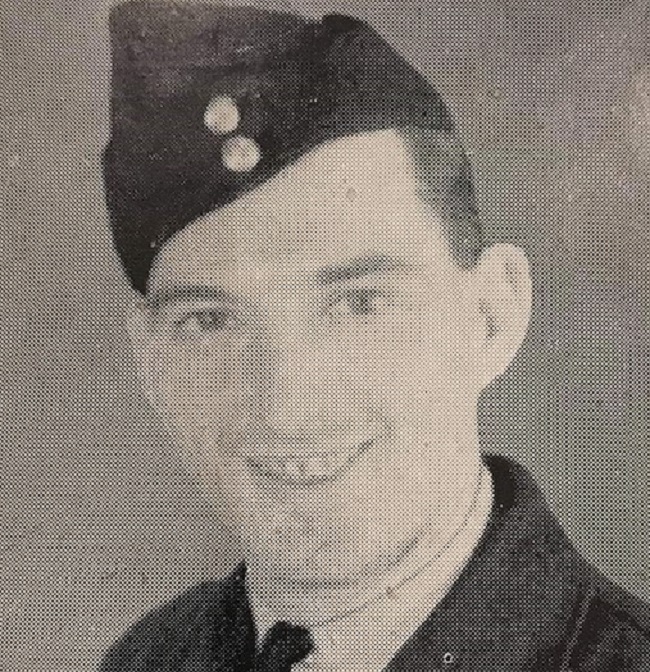 The event is being organised by Conflict History and Archaeology PhD researchers Euan Loarridge and Mooney’s great-nephew Marc Conaghan. Mr. Conaghan is the first member of his family since his great-uncle to go to the University of Glasgow.

“Hugh was from a poor working-class background and he was a bit of a child prodigy with a talent for languages and maths. He was the first in our family to go to University. It was just unfortunate that his time at the University was interrupted by war. And like so many of his comrades, he didn’t come home to realise his potential.”

The death of 30-year-old Mooney devastated the whole of his family.

Mr. Conaghan said: “My great-grandmother Rosie, who brought Hugh up, never spoke of him and there were no pictures of him in her house. She was a woman used to death – she buried 10 of her 16 children, her husband and then her younger brother. It was very hard for the whole family.

“As a child growing up, I can remember my grandfather walking me along the River Kelvin and looking up towards the University of Glasgow and saying, ‘Uncle Hughie was the first to go there, and you should be the second’. I think my grandfather would have been proud that he is still remembered by his University and that I am studying here too.”

Euan Loarridge said: “The H. Mooney fund is one of two travel awards which will allow students and researchers to travel to Glasgow to participate in the Sixth Postgraduate Conference in Conflict Archaeology.

“The conference, founded at the University of Glasgow in 2011, helps support students to develop their skills and present their work to their peers. The funds donated on behalf of Sgt. Mooney will mean that this opportunity can be offered to students who, for reasons of funding, would otherwise struggle to attend.”

Professor Tony Pollard, Professor of Conflict History and Archaeology, said: “As a conflict historian, this story is a remarkable insight into wartime Britain and to the role of many of our staff and students during the Second World War.

“War isn’t just about tactics and battles, it is about the ordinary men and women who, in the extraordinary circumstances of war, gave their lives. It is important that the stories of the 459 members of our community who died in WW2, including Sgt. Mooney, are recognised and remembered.”

Sgt. Mooney joined the 467th squadron of bomber command in April 1943 and was based at RAF Bottesford. He and his crew had carried out nine successful missions in their Lancaster bomber. But on their 10th mission to bomb Cologne in June 1943, their luck ran out. Their bomber was spotted by German night fighter ace Wilhelm Herget and was so badly damaged in the skirmish it crashed a short while later.

All but two of the crew perished. Four of the five bodies of the crew were recovered. However, the body of the Australian pilot Robert Ingersoll Gates was never found.

Dr. Iain Banks, Senior Lecturer in History and Battlefield Archaeology and Mr. Conaghan’s PhD supervisor, said: “The work Marc and a fellow Glasgow graduate Emile Picard have done on his great-uncle’s WW2 story has identified the exact crash site location. Marc and Emilie cross-referenced 1943 WW2 reports and aerial photos with maps of the area today. This work has led to the crash site now being formally recognised by the Dutch government in its approved list of WW2 archaeological investigations sites.

“We believe that if we can locate the cockpit, we may find the remains of the pilot and be able to solve the mystery of his final resting place for his family.

“Ideally we would love that staff and students from Glasgow be able to be involved in digging this important site and we hope we will manage to lever in suitable funding to do this.” 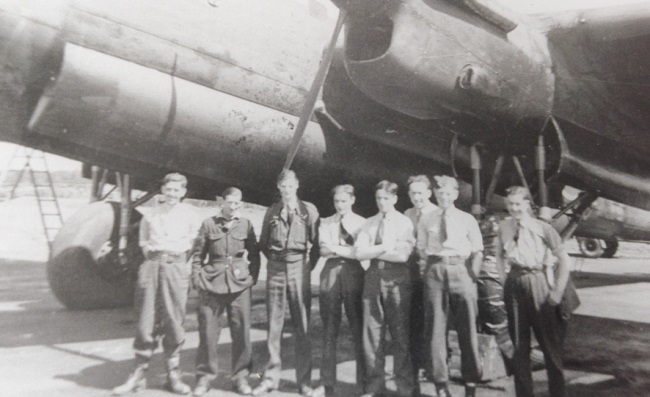 The Postgraduate Conference in Conflict Archaeology entitled ‘Pens in One Hand, Trowels in the Other’ will be held at the University of Glasgow, 19th-20th October 2019.

Further details on the H. Mooney Memorial Travel Award can be seen here.

You can read the full story of Sergeant Hugh Harvey Mooney on the University of Glasgow’s website.