Trix the T. rex is ready for her big Glasgow reveal

Trix the Tyrannosaurus rex is all ready to meet Scottish and UK audiences at Kelvin Hall in Glasgow.

Amazing time lapse footage shows the complexity of the build over three days with some 300 individual bones being pieced together to make up the massive skeleton.

Now the big build is complete and Kelvin Hall is ready to welcome the public to the T. rex in Town exhibition from Thursday 18 April.

With ferocious teeth and short arms, the Tyrannosaurus rex is probably the most well-known dinosaur in the world.

The iconic dinosaur has spent the last year touring European countries as part of an interactive and educational exhibition, T. rex in Town, which explains the story of her life and discovery of her skeleton.

She is currently the only real T. rex on tour in the world while her museum in the Netherlands is being redeveloped. Over a million people have already visited the exciting interactive exhibition across Europe.

Trix will be in Glasgow for 15 weeks until 31 July 2019. The T. rex’s visit to Glasgow’s Kelvin Hall is the only city in the UK or Ireland to be visited by Trix. After her Scottish stop off she will return to Naturalis Biodiversity Center in her home city of Leiden, in the Netherlands. Once her visit to Glasgow is finished it is unlikely she will go on tour again.

Trix’s arrival at Kelvin Hall positions the west end of Glasgow as the dinosaur capital of Scotland! T. rex in Town overlaps with the final weeks of Dippy on Tour from the Natural History Museum at Kelvingrove Art Gallery and Museum, just across the road from Kelvin Hall. 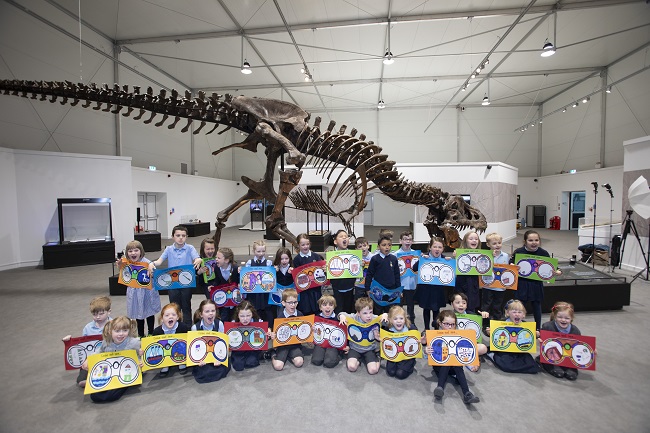 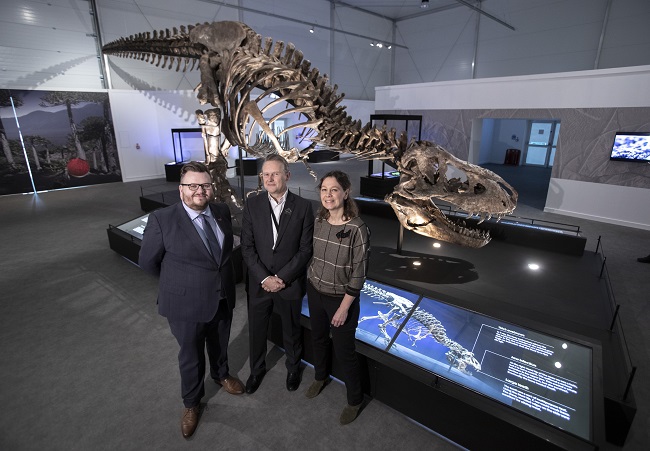 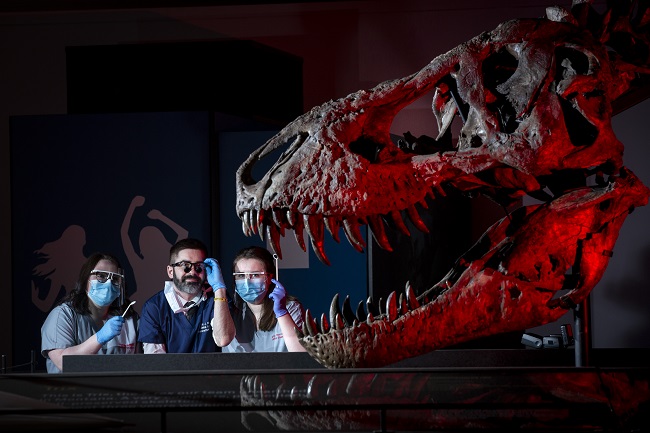 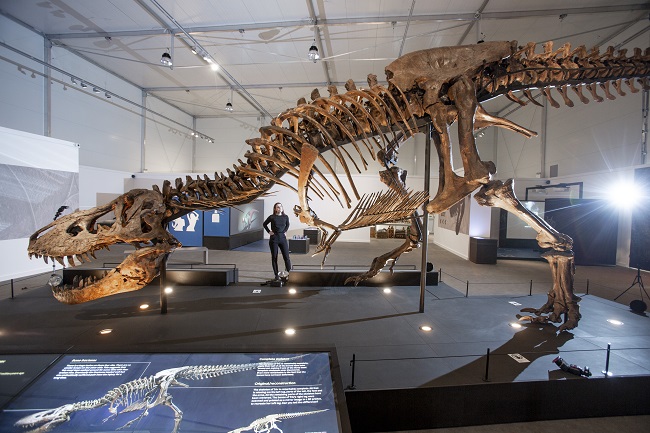 Trix will be on display at Kelvin Hall from Thursday 18 April to 31 July 2019. The T. rex in Town exhibition is organised by The Hunterian at the University of Glasgow and Glasgow Museums and has been supplied by Naturalis.