Syrian refugees, their journey and aspirations in the spotlight 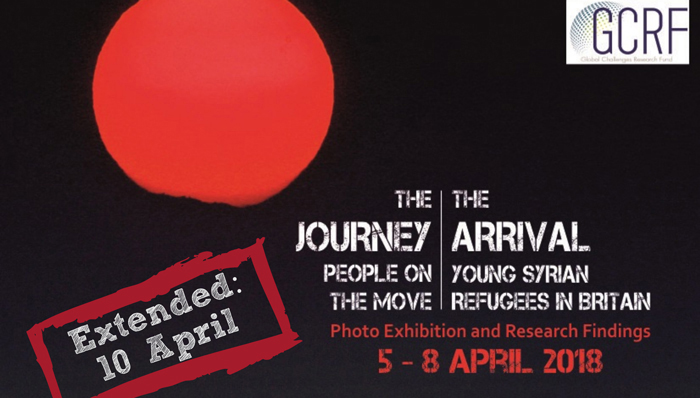 Our academics surveyed refugees from Syria who have been resettled in the UK since 2015 and present the project’s initial findings at an award-winning international photographic exhibition in The Lighthouse, Glasgow.

“Building Futures: Aspirations of Syrian Youth Refugees and Host Population Responses in Lebanon, Greece and the UK” research project, funded by the Global Challenges Research Fund (GCRF) is the most comprehensive analysis to date of the realities, opportunities, and challenges Syrian refugees face as they attempt to rebuild their lives.

The project is run by an interdisciplinary team from the University of Glasgow, in cooperation with SolidarityNow(GR), Educart (LB) and the Scottish Refugee Council (UK).

Dr Georgios Karyotis, Senior Lecturer in International Relations and Dr Ben Colburn, Senior Lecturer in Philosophy, at the University of Glasgow said: “Young Syrians and citizens in the UK have a diversity of views about religion, politics, and personal morality, but share opinions about what is most valuable for a good life. This counters the narrative that migration poses a problem because of incompatibility with 'Western' or 'British' values: in fact there is substantial common ground.”

The research findings are based on 1,511 face-to-face interviews with young Syrian international protection beneficiaries and applicants aged between 18-32 years. The interviews were conducted in the UK, Lebanon and Greece, between April and October 2017 and explored their values, skills, training needs and work aspirations.

Representative surveys of home populations were also administered about their own aspirations and ideals, their attitudes to refugees, and their priorities for refugee policies.

When the refugees were asked what they would like to say to Britons, one said: “We have the skills and education needed to start a new life and to help further improve this country, so we are just asking you to have faith in us, in our abilities and good intentions”.

Another said: “Tolerance and acceptance of the “Other” needs courage and compassion, two traits British citizens have often shown. Therefore, please give Syrians the helping hand in the time of need.”

The Exhibition is funded by the UK’s Global Challenges Research Fund and hosted at The Lighthouse (Gallery 4) in Glasgow (11 Mitchel Lane; G1 3NU), to Tuesday, April 10 April (10.30am to 5 pm). The Exhibition comprises two main parts and entrance is free to all:

The Journey: People on the Move is about the experience of the journey of Syrians fleeing their homeland to Europe. Originally held in 2016 at Benaki Museum in Athens, co-organised by SolidarityNow, a Greek organisation aiming to support those most affected by the economic and humanitarian crisis in Greece.

Eight renowned photographers/photo-journalists from Greece captured the Journey, the route all these people took in the past year as they had to flee their countries. The images trace their journey from Turkey to Greece, with the borders as their final destination, hoping to reach a safe haven in Europe.

The Arrival: Young Syrian Refugees in Britain presents the original research findings of the “Building Futures: Aspirations of Syrian Youth Refugees and Host Population Responses in Lebanon, Greece and the UK’" research project. Visitors will have the chance to engage in an interactive way with the findings, enriching their understanding of refugee politics in Britain, in a comparative context. They will also have the chance to learn about the project team, and about the stories of Syrian refugees resettled in Glasgow by the British Red Cross (with some photographs by Conor Ashleigh). 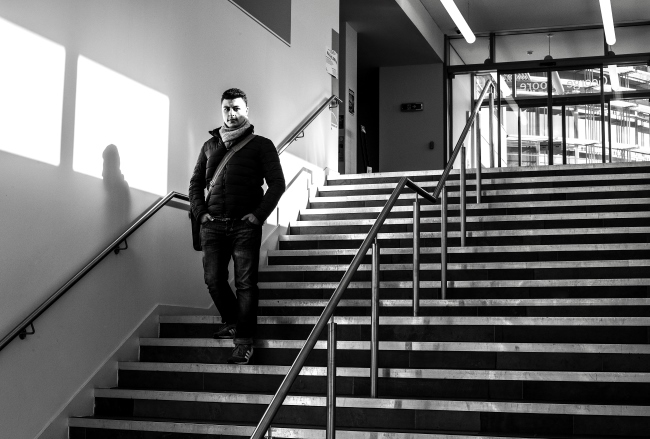 “I am currently studying electrical and electronics engineering at Glasgow Caledonian University but my main interest is being a politician, I am currently a member of the Scottish Youth Parliament as well as the Glasgow Youth council. My life in the U.K. has been quite enjoyable. The U.K. gave me a wide range of opportunities and I feel optimistic about the future.” 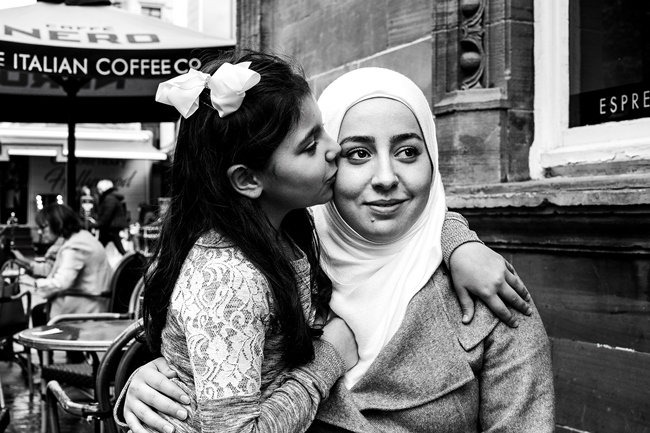 “I am 27 years old. I live in Hamilton. I am from Syria. I have been here 1 year and 6 months. I came to this country with my husband and my children through UNICEF to build ourselves after the war destroyed us. I look for peace and security for my family. I am trying to build a better future here. I want to study accounting and business administration at the University of Glasgow I feel a sense of hope here in this country and aspire to prove myself and my work. I am an ambitious person, optimistic. Looking for a new beginning here.

"I started here with a lot of obstacles such as the language of a new country and a different civilization. A difficult start with two children and many hopes… Fear, anxiety, loneliness… and alienation. It is a difficult reality and we have to understand it. Every day we learn something new. I search every day for a start. Until I started working with the university in this research. This job gave me an opportunity to start my first step in this country…. I was very happy with this work. Again my dream is that I will complete my studies at university. Then I want to start my business. I have a lot to do here."