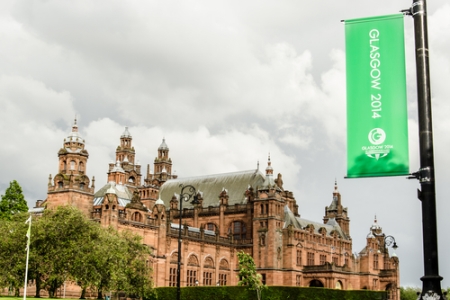 The Glasgow 2014 Commonwealth Games has improved the environment and economic activity in Scotland’s largest city.

However there has been little impact on the number of people who are physically active or the rates of participation in regular exercise.

The University of Glasgow has published two reports on the impact of the Games on the health and wellbeing of the city’s East End communities. At the same time the Scottish Government published its Glasgow 2014 Commonwealth Games Legacy.

On the eve of the Commonwealth Games in the Gold Coast, the Scottish Government’s report identifies economic benefits but little in the way of a physical activity legacy.

The overall evaluation confirms that between 2007 and 2014 the preparation and delivery of the Games contributed £740 million to Scotland’s economy, including £390 million to Glasgow, and supported an average of 2,100 jobs a year.

However, the Glasgow Games "had not resulted in a step change in population levels of physical activity in Scotland". Overall participation rates had remained relatively stable in Scotland and there was evidence that those already active were more active.

This is mirrored in the University of Glasgow’s GoWell programme reports which did not find evidence of an impact on the overall levels of physical activities or rates of participation in regular exercise.

However the University report did find indications of increased rates of walking in the local area, and of increased use of active travel modes (walking and cycling) by those in work or college. Moreover, these increases are plausibly related to the effects of regeneration in terms of increased local economic activity and enhancements in transport infrastructure and in the quality of the local environment.

The second GoWell report looked at those living in the former Athletes’ Village and found that residents were generally happy with their decision to move to area, with few regrets and a readiness to recommend it to others as a place to live.

Interestingly, however, those in the Village did not identify themselves as living in Dalmarnock, but rather saw the Village as a different place.

Professor Ade Kearns, the University of Glasgow's Professor of Urban Studies who led the study of legacy in the East End of Glasgow, said “The Commonwealth Games and associated regeneration activity have contributed to improvements to the physical environment and infrastructure and to increased economic activity in the East End.

“Local people have benefitted directly and indirectly from these changes, for example in terms of residential satisfaction, walking in the local area, feelings of local pride and increased employment.

“However, other legacy objectives relating to levels of physical activity, rates of volunteering and engagement with cultural activities, despite showing earlier improvements in the periods before and during the Games, do not appear to have been sustained in the East End in the post-Games period.

“There is also a current need to maintain the quality of the local environment going forward, to support stronger social participation among those out of work and on low incomes, to achieve greater integration between the newer and older residential areas, and to maintain the momentum in re-using vacant and derelict land in the area to complete the regeneration task.”