Young or middle aged people with Atrial Fibrillation (AF), the most common heart rhythm abnormality, are at greater risk of death if they have other long term health conditions, according to a new study.

The research, led by the University of Glasgow and published today in Europace, has suggested that AF patients, who also have other health conditions, should be prioritised for healthcare interventions. 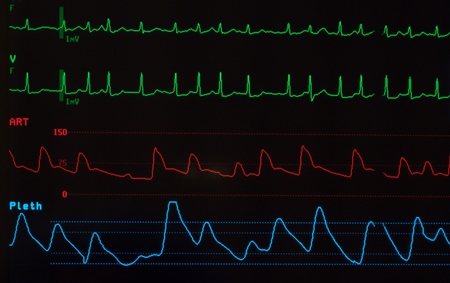 The study used UK Biobank data to examine the problem of having multimorbidity (two or more long term health conditions) for those who also have AF. It found that young or middle aged people in this group were at an increased risk of death over a follow up period of between 5 and 10 years.

Patients with AF who also had four or more long term health conditions were six times more likely to die than those without any long term conditions.

Authors of the study have suggested that patients with AF and other long terms conditions should be prioritised for higher levels of monitoring and offered health interventions to aid with treatment, and in some cases to adjust their lifestyle in order to reduce the impact of their conditions.

Lead author of the study, Frances Mair, Norie Miller Professor of General Practice from the University of Glasgow, said “We have shown that young and middle-aged patients with atrial fibrillation and one or more other long chronic illnesses are at increased risk of death over a follow-up period of 5-10 years.

“This suggests that these patients should be prioritised for interventions to enhance their adherence to treatment, and in some cases to adjust their lifestyle in order to reduce the impact of their other chronic illnesses (comoribidities) on survival.”

The study looked at 3651 participants with Atrial Fibrillation and examined the impact of other long term conditions on their health. Presence of other conditions such as chronic obstructive pulmonary disease (COPD) and osteoporosis were associated with a significantly higher risk of mortality.

The paper, “Multimorbidity and Comorbidity in Atrial Fibrillation and Effects on Survival: Findings from UK Biobank Cohort”, is published in Europace. The work is funded by The Scottish Government Chief Scientist Office, a catalyst grant CGA/16/39 and a NHS Research Scotland Career Researcher Fellowship.