Australian volcanic eruption may have lived on in Aboriginal stories

New research shows that a volcano in northeastern Australia last erupted around 7000 years ago – and stories passed down by the Gugu Badhun Aboriginal people suggest they were there to see it happen. 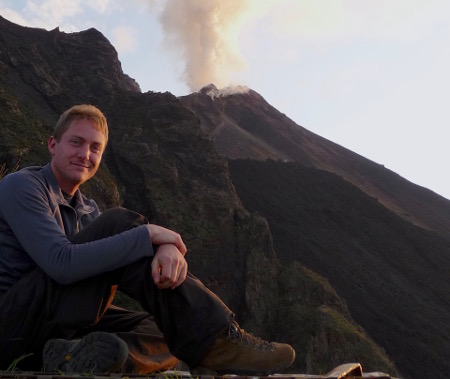 In a paper published in the journal Quaternary Geochronology, geologists based in Scotland and Australia outline how they used a sophisticated rock dating technique to determine when the eruption occurred. They also describe a potential link between the volcanic eruption and stories from Aboriginal verbal traditions, which would have been passed down for around 230 generations – further back in time than even the oldest written historical records of Egypt or Mesopotamia.

The team, from the Scottish Universities Environmental Research Centre (SUERC), the University of Glasgow, the University of St Andrews, the Australian National University, and James Cook University, examined rock samples from long lava flows around the Kinrara volcano in Queensland. The flows, which are up to 55 km long, are still clearly visible across the landscape around the volcano.

Dr Benjamin Cohen, of the University of Glasgow and SUERC, said: “When people think of Australia, volcanoes are probably not the first thing that springs to mind, but they are actually more common than many people realise. For example, there are nearly 400 volcanic vents in north Queensland, which erupted over the last few million years, and Kinrara is one of the most recent.”

The researchers used a technique known as argon-argon geochronology to learn more about the age of the volcano. Using a noble gas mass spectrometer, they could measure the amount of argon built-up from natural radioactive decay of potassium, allowing them to determine how much time has passed since the volcano erupted.

The team’s measurements allowed them to date the Kinrara eruption to around 7000 years ago, with the possibility that it may have been up to 2000 years further back or forward in time.

“The argon-argon technique we use has improved considerably in the last few years, allowing us to view the past through a sharper lens than ever before. Without those improvements, we would not have been able to determine the age of the Kinrara volcano.”

Dr Cohen’s exploration of local histories from the Gugu Badhun people uncovered a recording, made in the 1970s, of an Aboriginal elder discussing an event that sounds very much like a volcanic eruption. The elder described a time when a pit was made in the ground with lots of dust in the air, and that people got lost in the dust and died. He also described an occurrence when the earth was on fire along the watercourses.

Dr Cohen added: “These stories are plausible descriptions of a volcanic eruption – the Kinrara volcano has a very prominent crater, which produced volcanic ash and lava fountains. The lavas from the volcano flowed 55 kilometres down the surrounding stream and river valleys, and would have looked very much like the earth burning. The volcanic eruption of Kinrara adds to a growing list of geological events that appear to be recounted in Australian Aboriginal traditions, including sea level rise around 10,000 years ago and other volcanic eruptions elsewhere on the continent.

“Studying the Kinrara eruption has been a fascinating step on the road to better understanding the most recent volcanic activity in Australia, and also the history and traditions of Aboriginal peoples. We look forward to continuing our work on volcanoes in Australia.”

The team’s paper, titled ‘Holocene-Neogene volcanism in northeastern Australia: Chronology and eruption history’, is published in the April issue of Quaternary Geochronology.