180years ago today James McCune Smith received his medical degree from the University of Glasgow, becoming the first African American to receive a doctorate. 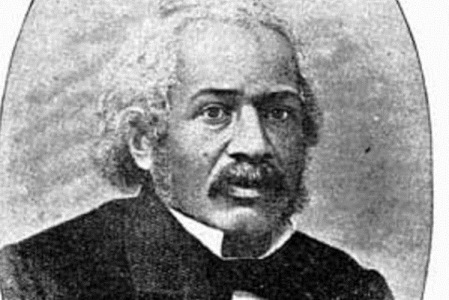 James McCune Smith, born into slavery in 1813, was thrown an academic lifeline by the University of Glasgow, having been rejected by several American universities on the grounds of his race.

The University of Glasgow welcomed him and throughout his studies he went on to become the first African American to receive a medical degree.

McCune Smith proved to be such an outstanding student during his years at the University of Glasgow that he obtained not one but three degrees - a bachelor's degree in 1835, a master’s degree in 1836, and his medical doctorate in 1837. A remarkable achievement for a man who had all the cards stacked against him at the time. 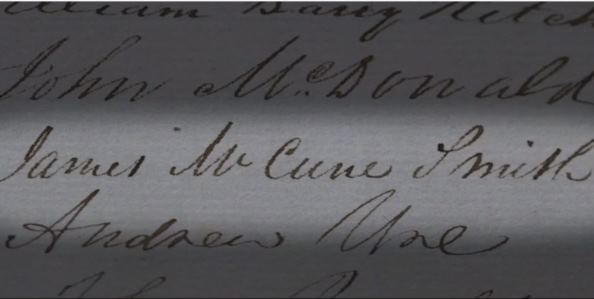 Born to an enslaved mother but freed by the New York State's Emancipation Act, James McCune Smith was recognised early in his life as being intellectually gifted. He attended the African Free School in Manhattan where he was described as being exceptionally bright. But when he applied for entry to several American universities he was refused admission on account of his race.

Despite slavery still in existence in the British Caribbean and racist views still prevalent in the United Kingdom, the University of Glasgow stepped in and offered him a place, which he took up in 1832.

Professor Simon Newman, historian and lead academic on ‘The Runaway Slaves Project’ at the University of Glasgow, said: “McCune Smith was born in 1813 in New York city a slave, his mother had been a slave in South Carolina, but he is freed on July 4, 1827, when New York freed all the enslaved people in the state. He is already attending school at that point and is clearly a brilliant pupil, so he applies for medical school several years later at Columbia and other American universities, but he is rejected by them all.

"However, he is accepted by the University of Glasgow, which ironically is a far better medical school than any of the American ones he had applied to, and the free black community in New York mobilises and raises the money to send him, because they think he is one of the best and the brightest.

“The University of Glasgow received his application and accepted him. The difference between Glasgow and the American universities was that they did not appear to care about his race, and his experiences as a student at Glasgow was remarkably free of racism.

“The only real experience of racism he experienced at Glasgow, which he recorded, was when he went home to America and an American ship’s captain refused him a cabin because they were for whites only. The students and his colleagues and members of the Glasgow Emancipation Society were outraged, so they protested and managed to get him a cabin on the ship.

“Frederick Douglas, another well-known former African American slave and abolitionist, would later say that McCune Smith would “breathe the free air of Scotland”, and it changed him. He began to envisage a world completely different from the one he grew up in, there could be an equality of the races.”

During McCune Smith’s five years at the University of Glasgow, he received three degrees – an undergraduate honours degree, a masters degree and the medical degree, but during his studies he also received a fully rounded classical education. He would read original works in Greek, Latin and French, and so his well-rounded education was reflected in his writing and his speeches throughout the rest of his life.

McCune returned home to New York, welcomed as a black intellectual, and set up a medical practice in lower Manhattan serving the black and white poor communities. He is recognised as a leading intellectual in the city, he marries Malvina Barnet, who is the daughter of one of the richest and influential free black families, and in New York, and he becomes a leading figure in the New York black community, so he rapidly becomes a leading national figure. He also became the resident physician at an orphanage, where he worked for nearly 20 years.

“His greatest influence was to show that black men and women were not simply defined by slavery and abolitionism,” Professor Newman explains. “This was an age when probably the best know doctor Josiah Nott, who was McCune Smith’s contemporary, was a racist slaveholder who believed that slavery was right, that it was justified by God and was proved by biology.

"To have someone like McCune Smith as a doctor in New York City, who was publishing a lot more than Josiah Nott, who was probably a much more educated and intelligent man, was an example in itself that could not be emulated by most African Americans. Only his Glasgow education allowed him to do this.”