No Shadow of a Doubt over Edith Wharton play

A previously unknown play by Pulitzer Prize winning author Edith Wharton has been discovered by a University of Glasgow academic. 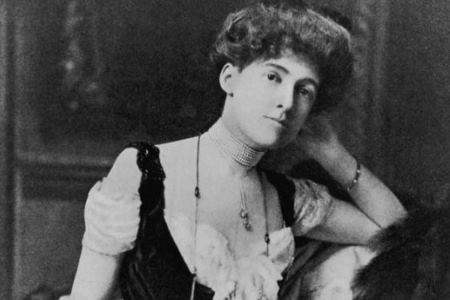 The play, dating back to 1901, was found by Dr Laura Rattray, from the University of Glasgow, and Professor Mary Chinery, from Georgian Court University, while they were researching a collection of Edith Wharton papers in Texas.

Titled 'The Shadow of a Doubt' it is an original, full-length play and was found in the Harry Ransom Center at the University of Texas in Austin, home to a collection of Edith Wharton's papers. The play was found in the centre’s Playscripts and Promptbooks Collection (Performing Arts), two typescript copies of 'The Shadow of a Doubt' by Edith Wharton.‌

Dr Rattray, Reader in North American Literature, commenting on the find, said: “The archives in the United States and Europe with huge holdings on this most transatlantic of authors have been extensively researched. After all this time, nobody thought there were long, full scale, completed, original, professional works by Wharton still out there that we didn’t know about. But evidently there are. In 2017 Edith Wharton continues to surprise."

Set in England, the play opens on a scene of social privilege and affluence. The amusing one-liners are in abundance, with sharp social commentators in attendance, a familiar Wharton world of appearances and social niceties. The play, however, then takes a decidedly dark and controversial turn into a world of extortion, mistrust, deception, and assisted suicide.

The discovery of the play, which Wharton scholars past and present had no knowledge of, has genearted excitement. It is not referenced in major Wharton biographies, and with its recovery comes the additional excitement that for the first time a complete original play by Wharton has now surfaced — other plays are all unfinished manuscripts and typescripts held in the archives at Yale University. 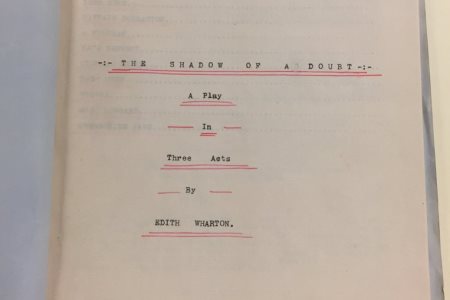 Dr Rattray and Professor Chinery have also been able to establish that 'The Shadow of a Doubt' was not only completed, but in production by early 1901 with theatrical impresario Charles Frohman, and with Elsie de Wolfe in the leading role.

"The late 19th and early years of the 20th century cover a pivotal, formative period of Wharton’s career, about which scholars still have less information than they would like," Dr Rattray added. "Well before the publication of her first novel, we can now ascertain that Wharton was establishing herself as a playwright, deeply engaged in both the creative and business aspects of the theatre - playwriting more important to her at this time than establishing herself as a novelist.

"Yet the discovery of 'The Shadow of a Doubt' also develops new thinking and proves of profound influence on our understanding of Wharton’s work as a novelist."

Edith Wharton (b. 1862, d.1937) was nown for her witty commentary on society, among her most well known works were 'The Age of Innocence', for which she won the Pulitzer Prize, 'The House of Mirth', and 'Ethan Frome'. She was nominated three times for the Nobel Prize in Literature.