A volunteer army of music lovers is being recruited to take part in the UK’s first live music census.

For one night in March organisers aim to track performances in cities across the country, from lone buskers to massed choirs, from pub gigs to stadium concerts. 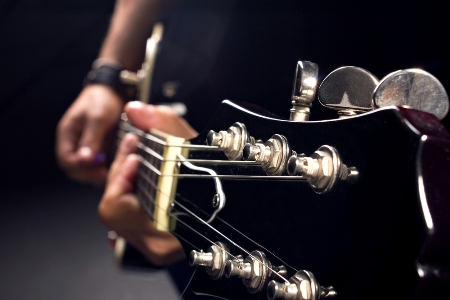 They hope the survey, a world first, will help measure live music’s cultural and economic value, discover what challenges the industry is facing, and inform policy to help it flourish.

There will be coordinated censuses in Glasgow, Newcastle, Oxford, Leeds, Birmingham, Southampton and Brighton.

Professor Martin Cloonan, said: “This is the first time that there has been a census of live music in Glasgow and the wider UK. We are very much looking forward to census night and publishing our results.

“As co-investigator on the research, I am delighted that we are working with partners such as UK Music, the Musicians’ Union and the Music Venue Trust to provide the fullest picture thus far of the state of the UK’s live music ecology. We hope that our findings will be of great benefit to our partners, policy makers, musicians and music fans."

The UK Live Music Census, conducted by the universities of Edinburgh, Glasgow and Newcastle, in affiliation with Birmingham City, will run for 24 hours from noon on March 9.

Volunteers will be asked to record aspects of the gig including the musical genre, the venue, door charge and audience demographic.

Lead organiser Dr Matt Brennan from the University of Edinburgh said: “This is like a Springwatch for live music. We want people to let us know everything about the music they see on this one day.

“Live music in the UK, from the Beatles and the Sex Pistols to West End musicals and Glastonbury, has transformed our culture, yet it is constantly under pressure. This census will help give us an accurate snapshot of the scene’s health.”

A nationwide online survey for musicians, venues, promoters and audiences will also go live on March 9 and will be open until May 8.

It will gather information about why people attend gigs, which venues are considered important, how much people spend and how far they will travel.

Two years ago the project team ran a pilot live music census in Edinburgh. Its findings were used to inform the city council’s decision to change its policies about noise levels to the benefit of performers.