The University of Glasgow is one of 23 universities which have been chosen by the Home Office to take part an extended pilot scheme that looks at streamlining the process for international Masters students wanting to study in the UK. 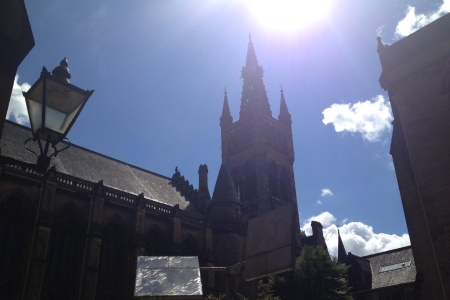 Currently in its second year with the Universities of Oxford, Cambridge, Bath and Imperial College London, the pilot will make the process for international students looking to study on a Masters course of 13 months or less in the UK easier. It also provides greater support for students who wish to switch to a work visa and take up a graduate role, by allowing them to remain in the UK for 6 months after they have finished their course.

Universities taking part are given responsibility for eligibility checks, meaning that students can submit fewer documents than required in the current process alongside their visa applications. Applicants that do not meet immigration rules will be refused. All students will continue to require Home Office security and identity checks.

UK Immigration Minister Brandon Lewis said, “I am delighted to announce the expansion of this pilot which is part of our ongoing activity to ensure that our world-leading institutions remain highly competitive.
The UK continues to be the second most popular destination for international students and the number coming to study at our universities has increased by 24% since 2010. This is a clear indication that genuine students are welcome and there is no limit on the number who can come to study in the UK.”

The Principal and Vice-Chancellor of the University of Glasgow Professor Sir Anton Muscatelli said: “The University of Glasgow greatly welcomes the extension of the Tier 4 Visa pilot scheme and is delighted to have been selected to take part. Glasgow is a global institution which is within the top 100 universities in the world according to the Times Higher Education World Rankings and it is vitally important that international students continue to feel both welcome and valued when coming to our campus. This is a very positive step from the UK Government.”

Edinburgh is the only other Scottish University to have been selected to take part in the pilot – along with two from Wales, one from Northern Ireland and 18 universities from across England.

The Secretary of State for Scotland David Mundell said: "Overseas students are hugely important to Scotland's universities, making a real contribution to their academic excellence and world class research.
Extending tier four visa pilots to the Universities of Glasgow and Edinburgh will make it easier for foreign students who want to study in Scotland, and help two of Scotland's top universities attract the brightest and best students.”